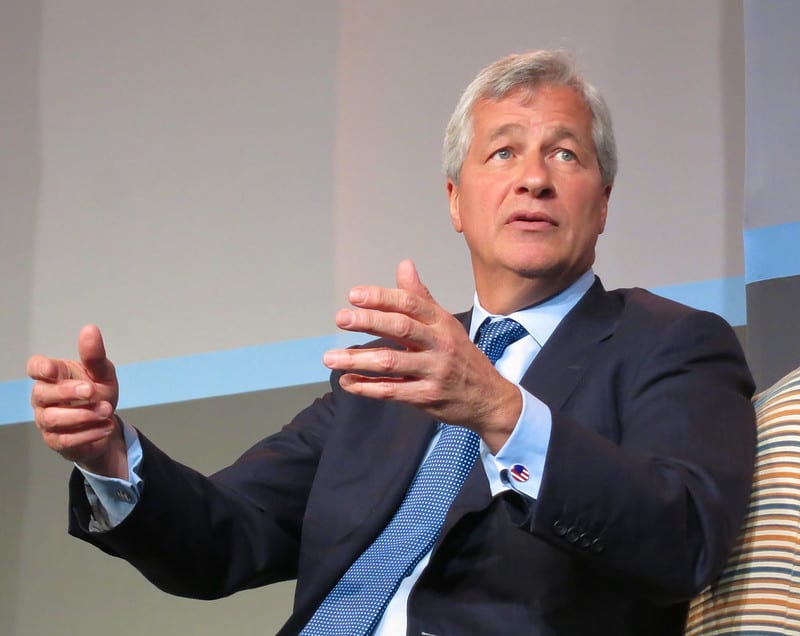 JPMorgan CEO Jamie Dimon recently claimed that a return to office will help improve workforce diversity. And if he’s right, that’s an important argument for office-centric work. After all, extensive research shows that improving diversity boosts both decision-making and financial performance.

Yet does office-centric work really improve workforce diversity? Meta Platforms - the owner of Facebook and Instagram - decided to offer permanent, fully-remote work options to its current employees and new job applicants as part of adapting to the post-pandemic environment. If Dimon is right, this shift should have undermined Meta’s diversity.

In fact, Meta found the opposite to be true. According to Meta Chief Diversity Officer Maxine Williams, the candidates who accepted job offers for remote positions were “substantially more likely” to come from diverse communities: Black, Hispanic, Alaskan Native, Native American, people with disabilities, veterans, and women. Sandra Altiné, Meta’s VP of Workforce Diversity and Inclusion, said, “embracing remote work and being distributed-first has allowed Meta to become a more diverse company.”

The numbers bear out these claims. In 2019, so before the pandemic, Meta committed to a five-year goal of doubling the number of Black and Hispanic workers in the US and the number of women in its global workforce. Frankly speaking, large companies usually tend to make bold promises but underperform in executing these commitments.

However - thanks to remote work - Meta’s 2022 Diversity Report shows that it attained and even outperformed its 2019 five-year goals for diversity two years ahead of its original plans. It substantially improved on other diversity metrics to which it didn’t commit in 2019: for instance, people with disabilities increased from 4.7% to 6.2% of Meta’s employees.

Research Shows Remote Work Is a Win for Workforce Diversity

Is Meta special in some way? Not at all.

Do you think minority groups, such as African Americans, want more or less time in the office compared to white people? A Future Forum survey on this topic among knowledge workers - who can work fully remotely - found that 21% of all White knowledge workers wanted a return to full-time in-office work.

Another survey found that 38% of Black men and 33% of Black women wanted a fully flexible schedule. The comparable number for white men is 26% and for white women is 25%.

Plenty of other surveys show similar findings. For example, the Society for Human Resource Management last September found that half of all Black office workers wanted to work from home permanently, while only 39% of white workers did so.

What explains this enormous disparity? Well, unfortunately, Black professionals are still subject to discrimination and microaggressions in the office. They are less vulnerable to such issues when they work remotely much or all the time.

In addition, Black professionals have to expend more effort to fit into the dominant cultural modality in the workplace, which is determined by traditional White culture. They have to do what is called code-switching: adjusting their style of speech, appearance, and behavior. That code-switching takes energy that could be spent better doing actual productive work.

Similar findings apply to other underprivileged groups. That includes not only ethnic and racial minorities or people with disabilities but also women.

Leaders fail to adopt innovative best practices for the future of work because of dangerous judgment errors known as cognitive biases.

Since this data is widely available, why did Dimon make the false claim about returning to the office to improve diversity? He might have fallen for the belief bias, a mental blindspot that causes us to evaluate truth claims based on how much we want to believe them rather than the data. Another problem might be the confirmation bias, our mind’s tendency to reject information that goes against our beliefs.

These mental blindspots impact decision making in all life areas, ranging from the future of work to relationships. Fortunately, recent research has shown effective and pragmatic strategies to defeat these dangerous judgment errors, such as by constraining our choices to best practices.

While Dimon is absolutely wrong about diversity and remote work, that doesn’t mean it’s a panacea for underprivileged groups. Research shows minorities deal with bullying on video calls and harassment via chat and email, as well as other online settings. Another problem: surveys demonstrate that men frequently interrupt or ignore women in virtual meetings, even more so than at in-person ones.

How do you address such problems? Companies need to train staff - and especially managers - to conduct remote and hybrid meetings in a way that’s sensitive to diversity concerns. This will help your team build skills for avoiding such problems and especially help minorities feel supported as you build a more collaborative atmosphere.

For example, when bullying and interruptions happen in virtual meetings, managers need to learn how to address them at the moment. They can say something like, “Please let them complete their point before asking questions. Use the raised hand function so that we can come back to your suggestion afterward.”

Similarly, managers also need to check with underrepresented staff about bullying in private team member communications, making it clear that any such behavior should be brought to their attention. In both cases, the manager needs to be trained to talk to the offender, explain why it’s inappropriate, and request that they change that pattern of behavior.

How to Help Underrepresented Groups Succeed in Remote Work

Stopping online harassment of minorities is not enough. One of the biggest challenges in remote work is decreasing connections among workers.

For instance, research indicates that the number of connections made by new hires in the workplace decreased by 17% during the pandemic compared to the period before the pandemic. Since the successful accomplishment of company goals often requires cross-functional collaboration, such loss of connections is worrisome. Fortunately, scholars found that connecting junior staff working remotely to senior staff during the pandemic worked very effectively in expanding the network of junior staff.

Research shows that one of the primary reasons minorities fail to advance stems from the lack of connections to senior staff in the form of informal mentoring and sponsorship. Addressing this problem requires creating a formal hybrid and remote mentoring program, with a special focus on underprivileged staff.

As an example, consider one of my clients, the University of Southern California’s Information Sciences Institute, which carries out basic and applied research in machine learning and artificial intelligence, networks and cybersecurity, high-performance computing, microelectronics, and quantum information systems. At ISI, we are implementing a formal mentoring program that will provide special support to minority groups.

That means providing minority staff with two mentors, one from the same minority group and one representing the majority population. Doing so offers the minority mentee a diverse network of connections and experiences to draw on among both minority and majority staff. It provides mentees with the implicit knowledge and relationships they will need to advance, while the fact that each mentee has two mentors lightens the load on each mentor and makes the workload manageable. To help uplift the importance of the mentoring program, mentoring is included as part of the performance evaluation of each mentor.

Creating a diverse, inclusive, and equitable culture in remote and hybrid settings requires recognizing problems and taking action to remedy them. An easy way to start advocating is to conduct internal surveys to determine those issues.

The best surveys will ask minority staff about their experiences with the problems outlined above and other diversity-related challenges. They’ll also request feedback about what the staff believes might be the most effective ways of solving these problems. Then, they’ll integrate the best solutions into plans to address the situation.

You have probably heard the famous phrase, "what gets measured gets managed.” Once you know the nature and extent of the problems, you can work to change them systematically rather than only in one-off, ad-hoc situations. Measure the problem, create a plan to fix it, then measure how well you are improving it.

By following this path and adopting best practices for diversity in hybrid and remote work, you’ll avoid Dimon’s failure to look at the data and patently false statements. Instead, like Meta, you’ll outperform your diversity goals and thus improve your company’s financial performance.

JPMorgan Chase CEO Jamie Dimon gets "Work From Home" all wrong. Research and evidence contradict his claim that a return to office is needed to support diversity. Meta found the opposite of what Dimon claims to be true. It offered some fully-remote work options to its employees that helped it achieve its five-year diversity goals, two years ahead of schedule. So, Meta improved its diversity metrics due to underrepresented groups being more interested in remote positions. Plenty of other surveys show similar findings, according to which minority groups, such as African Americans, want to work from home permanently more than white people, as they are less vulnerable to bias, stigma, and discrimination in virtual settings. As work has moved home, so has bullying and harassment, along with the challenge of decreasing connections among workers. To help underprivileged employees feel supported, companies need to train staff and create a formal hybrid and remote mentoring program. These best practices will help companies improve their diversity metrics and financial performance.

Bio: Dr. Gleb Tsipursky helps tech and finance industry executives drive collaboration, innovation, and retention in hybrid work. He serves as the CEO of the boutique future-of-work consultancy Disaster Avoidance Experts, which helps organizations adopt a hybrid-first culture, instead of incrementally improving on the traditional office-centric culture. A best-selling author of 7 books, he is especially well-known for his global best-sellers Never Go With Your Gut: How Pioneering Leaders Make the Best Decisions and Avoid Business Disasters (Career Press, 2019) and The Blindspots Between Us: How to Overcome Unconscious Cognitive Bias and Build Better Relationships (New Harbinger, 2020). His newest book is Leading Hybrid and Remote Teams: A Manual on Benchmarking to Best Practices for Competitive Advantage (Intentional Insights, 2021). His writing was translated into Chinese, Korean, German, Russian, Polish, Spanish, French, and other languages. His cutting-edge thought leadership was featured in over 650 articles and 550 interviews in prominent venues. They include Harvard Business Review, Fortune, Inc. Magazine, CBS News, Time, Business Insider, Government Executive, The Chronicle of Philanthropy, Fast Company, Boston Globe, New York Daily News, Fox News, USA Today, and elsewhere. His expertise comes from over 20 years of consulting, coaching, and speaking and training for mid-size and large organizations ranging from Aflac to Xerox. It also comes from his research background as a behavioral scientist. After spending 8 years getting a PhD and lecturing at the University of North Carolina at Chapel Hill, he served for 7 years as a professor at the Ohio State University’s Decision Sciences Collaborative and History Department. A proud Ukrainian, Dr. Gleb lives in Columbus, Ohio (Go Bucks!). In his free time, he makes sure to spend abundant quality time with his wife to avoid his personal life turning into a disaster. Contact him at Gleb[at]DisasterAvoidanceExperts[dot]com, follow him on LinkedIn @dr-gleb-tsipursky, Twitter @gleb_tsipursky, Instagram @dr_gleb_tsipursky, Facebook @DrGlebTsipursky, Medium @dr_gleb_tsipursky, YouTube, and RSS, and get a free copy of the Assessment on Dangerous Judgment Errors in the Workplace by signing up for the free Wise Decision Maker Course at https://disasteravoidanceexperts.com/newsletter/.