How Should We Rate Presidents?

This headline in Political Wire caught my attention a few weeks ago:  "Biden’s Approval Slump Hits a Dreary New Milestone." But I was left unprepared for the news I came across three days later. Donald Trump, according to Real Clear Politics, is now viewed on average more favorably than any other prominent national political leader. He even outpolls (by just a little) Joe Biden, the man Trump lost to in 2020 (as you can see in the RCP image above).

I really shouldn't have been shocked.  Neither should you.  What is going on?

First, a little background.  The conventional wisdom is that presidential polls usually reflect how people feel about the economy.  If the economy seems to be doing well voters rank presidents relatively high (all other things being equal).  And if the economy is doing badly, the theory goes, voters punish presidents with low ratings. If in fact things actually worked like this our politics might make some sense.  At the core of democracy is the idea of accountability. The system depends on leaders being held responsible for their actions.  But this isn't how things work.  The theory -- known as retrospective voting -- is bonkers.

The main problem is that the theory supposes people know what they are talking about.  So, for example, when they are assessing the state of the economy they correctly understand which parts presidents can affect and which they can't.  In reality, voters have no idea of the role presidents play in the economy.  Voters often don't even know if a president has proposed raising or lowering their taxes.  Barack Obama lowered taxes in his first term for 95 percent of Americans but polls showed that half thought their taxes had remained the same and a third thought they'd gone up.

This points to a fundamental flaw in democracy.   If people are broadly misinformed they cannot exercise their right to vote properly.  If in fact presidents are held accountable for things outside their control then elections are almost meaningless.  And in fact elections often are meaningless, as Christopher Achen and Larry Bartels argue, as do I in the book this blog is based on.  Elections, contrary to what many people think, are not referendums on the performance of the incumbent.

This is because politics requires knowledge. American voters lack knowledge. I keep a running summary of stories showing just how deeply ill-informed voters are.  Recent headlines include these doozies:  "41 million Americans believe QAnon conspiracy," "Majority in US are functionally illiterate."  It has been well established since the 1940s when social scientists first began surveying voter knowledge that a majority of Americans cannot even name the three branches of government.

Many political scientists like to argue that voters use shortcuts to make up for their lack of knowledge.  But in actuality, as Achen and Bartels show, most base their vote on their social identity. In highly polarized times like our own, this means that politics is almost wholly tribal.  While voters take into account the likability of the candidate and from time to time let an issue or two drive their voting (like the economy or abortion), the most salient factor affecting their choice at the ballot box is their partisan identity.  It is for this reason that millions of suburbanites voted for Trump in 2016 despite their misgivings about his character and lack of experience. What mattered was that he had an R after his name. This is why turning out the base is so vital.

So back to those RCP poll results I cited at the beginning. Why is Trump polling now a little higher than Biden?  It's likely because Trump's base remains solidly behind him, which gives him an edge over Biden, as I'll show in a moment. Tribalism trumps all, or almost all, in our highly polarized times. There is, to be sure, a reason voters might think better of Trump than Biden since the economy is perceived to be doing badly under Biden and it did better under Trump until Covid came along.  And you can't blame Trump for inflation that's happening on Biden's watch.   One year and counting into his presidency, Biden's being held responsible for what's happening now (whether he should be or not is a different question; see below). Moreover, Trump is benefitting from the Out-of-Office phenomenon.  Once presidents leave office their poll numbers almost always go up a little because people feel nostalgic:  they remember the good things about the former guy but not the bad things.

Biden, in contrast to Trump, is having difficulty keeping his base behind him.  When Build Back Better gurgled for life and then sank out of view progressives in the Democratic Party became disillusioned and blamed Biden for the failure to bring about major change.  Moreover, it's probably true that Biden's base is smaller than Trump's.  Biden simply never drew the wild support from his party that Trump drew from his.

Then there's the simple fact that under Biden the inflation monster has reared its ugly head, leaving the impression that things are out of control (even as the unemployment rate remains low).  The textbook definition of inflation is that it occurs when either demand is excessive or supply is limited; we are now suffering from both. Voters want to blame somebody for this and Biden's the most obvious choice.  Economists are divided about Biden's responsibility for inflation, which suggests that voters can make a reasonable case Biden's to blame.  But is he really?

Yes, he backed a plan in his first year that dramatically increased consumer spending, leading to a surge in demand for a limited supply of goods at a time of supply chain constraints.  But inflation is also hitting Europe and the countries there didn't adopt Biden's expansionary program, as Paul Krugman keeps pointing out.  And oil prices are going up in the U.S. because oil prices are going up worldwide.

My take:  voters are mainly blaming Biden for high gas prices he didn't cause and cannot do much about. And as survey data show, while inflation is high, most people actually report that their own financial situation is, all in all, pretty good. What has them worried is that they think that inflation is a sign of chaos and humans hate chaos.  The media are also to blame. Night after night the media report how terrible the economy is, almost never taking more than a moment, if that, to point out that inflation is a worldwide phenomenon. (I watch NBC news with Lester Holt every night.  Only once in the last two weeks has the show even mentioned that inflation is happening in other countries around the globe.)

But again, most voters aren't making a judgment about the president based on an assessment of his handling of the economy. Busy managing their own lives they aren't actually paying much attention to either politics or the economy.  And this is grounds for them reaching shoot-from-the-hip conclusions, relying on intuitions shaped by humans' experience as hunter gatherers living in small communities, intuitions ill-suited to life in complicated societies composed of hundreds of millions of people. Why is this a problem?  Because properly assessing how presidents are performing is hard, as I first noted in an article on HNN back in 2009.

One more thing is worth noting as this blog appears on a history website. Voters not only misapprehend the performance of the politicians who presently hold office, but also those who held office in the past.  That is, they get history wrong, too, ranking some awful presidents highly and some good presidents badly.

This was the subject of a TV show I produced twenty-five years ago on TLC, Myth America. You can watch the show here.  It's 30 minutes long and focuses on presidents.

(You can watch the other shows in the series I've made available so far by clicking on this Twitter thread.) 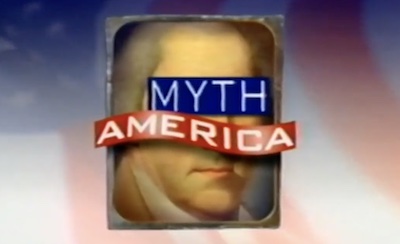