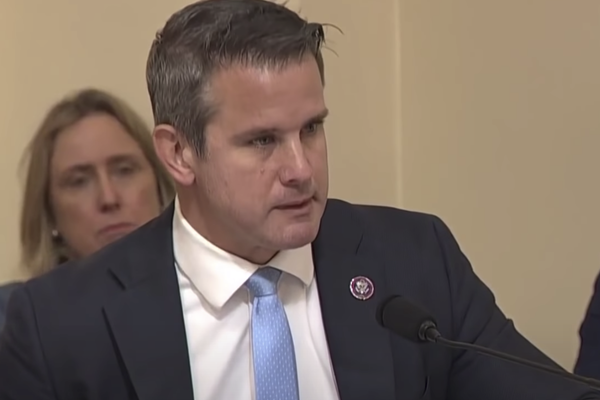 The district is centered around the city of Rockford northwest of Chicago, though its boundaries have changed due to reapportionment. The 16th regularly elects Republicans, and has managed to elect a future Senate Minority Leader in Everett Dirksen, a future independent presidential candidate John B. Anderson, and is now represented by Adam Kinzinger, who is defying his party’s leadership to take part in the select committee investigating the January 6th US Capitol Insurrection.

Everett McKinley Dirksen was a member of the House of Representatives from 1933-1949, followed by service in the US Senate from 1951-1969, when he died in office.  He was Senate Minority Whip from 1957-1959, and Senate Minority Leader from 1959-1969, and played a major role in opposition to the Presidencies of John F. Kennedy and Lyndon B. Johnson.  He developed a good working relationship, however, with Senate Majority Leader Mike Mansfield of Montana, and worked with President Johnson to accomplish the Civil Rights Acts of 1964 and 1968, the Voting Rights Act of 1965, and the nomination of Thurgood Marshall to the Supreme Court, helping to break the Southern Democratic filibuster of the 1964 legislation.  He had a florid style of oratory and a rich baritone voice that made him famous; he recorded four spoken word albums of flamboyant speeches that became best sellers.  He also guest starred on many television variety shows.

Dirksen began as a moderate isolationist who supported much of the New Deal but opposed intervention in World War II before Pearl Harbor, and became a strong conservative internationalist and major supporter of Lyndon Johnson’s escalation of the Vietnam War.  Dirksen proved that an opposition party leader could keep unity within his caucus,  argue and fight on the floor of the Congress in opposition to the administration, yet be invited to the White House for drinks and discussion of legislative deals in the public interest.  Dirksen was a premier wheeler dealer, arguably the equal to Lyndon B. Johnson in that respect.  Sadly that is no longer viable in Congress in the past few years.  But Dirksen remains memorable and significant in the history of the 1960s and social reform.

John B. Anderson was a member of the House of Representatives from 1961-1981. In 1980, he was the last serious, qualified independent or third party Presidential candidate, running against President Jimmy Carter and Republican nominee Ronald Reagan. Anderson won 6.6 percent of the popular vote.  Anderson was the third-ranking Republican, the House Conference Chairman, from 1969-1979.  Starting off as strongly conservative, Anderson moderated on social issues in the later 1960s, and became a major critic of the Vietnam War and of President Richard Nixon after the revelation of the Watergate Scandal.  He supported every civil rights bill that came to a vote, and by 1980 was perceived as quite liberal compared to that year’s Republican presidential aspirants.

Unable to make ground against more conservative and more prominent contenders, Anderson decided he would not seek reelection to the House, and instead would pursue an independent presidential campaign.  He drew the support of college students, more liberal academics, and some prominent public figures, including Gore Vidal, Norman Lear, Garry Trudeau and Paul Newman. He would also win the votes of Jacqueline Kennedy Onassis and historian Arthur Schlesinger, Jr., although this was not known for many years.  He was able to debate Ronald Reagan in a Presidential debate, due to the polls indicating about 15 percent support, but President Carter would not debate him.  While his performance in the election was disappointing, he had the seventh best performance for a third party or independent candidacy, after Theodore Roosevelt in 1912, Ross Perot in 1992, Robert La Follette Sr. in 1924, George Wallace in 1968, James Weaver of the Populist Party in 1892, and Ross Perot in 1996.  His best performance was in the New England states, Colorado, Washington, and Hawaii. He is still remembered as an inspiring political leader in his time.

Adam Kinzinger has served in the House of Representatives since 2011. He was originally elected from the 11th district in 2011, but his district merged with the 16th district after one term due to reapportionment. Now in his sixth term, he represents eastern Rockford, the Rockford suburbs, and a swath of exurban territory around Chicago.  He has served in the US Air Force since 2003, and is now at the rank of Lieutenant Colonel, having been in air combat in both the Iraq War and the Afghanistan War.

Kinzinger is clearly a conservative on most social and economic issues, but is a true believer in the Constitution, American democracy, and the rule of law.  He has been a harsh personal critic of Donald Trump since the 2016 election, though he actually supported Trump’s position on most legislative votes during the past four years. After the 2020 election, Kinzinger has vehemently opposed Trump’s refusal to accept the election results, criticizing him for promoting a “Big Lie” and calling for the removal of Trump under the 25th Amendment after the January 6 US Capitol Insurrection. Kinzinger voted to impeach Trump for his incitement of that disastrous attack on the “beacon of democracy,” and was one of 35 Republicans (along with all of the Democrats) voting for the creation of the proposed January 6 Joint Commission, which was sunk by the Republican Party leadership’s refusal to cooperate.

When Speaker Nancy Pelosi promoted a House select committee as an alternative way to conduct the investigation, only Kinzinger and Congresswoman Liz Cheney of Wyoming backed the proposal, and now Pelosi has added both to the January 6 Committee in defiance of the Republican House leadership.  Both Kinzinger and Cheney can expect to be subjected to bitter attacks by Republican colleagues, including possible expulsion from Congressional committees and Trump-backed primary challengers in 2022.

But Kinzinger, like Dirksen and Anderson before him, will stand out as a political figure of courage, principle and dignity, making the 16th Congressional district of Illinois proud.