What Influences Your Shopping Choices? (Video and Podcast) 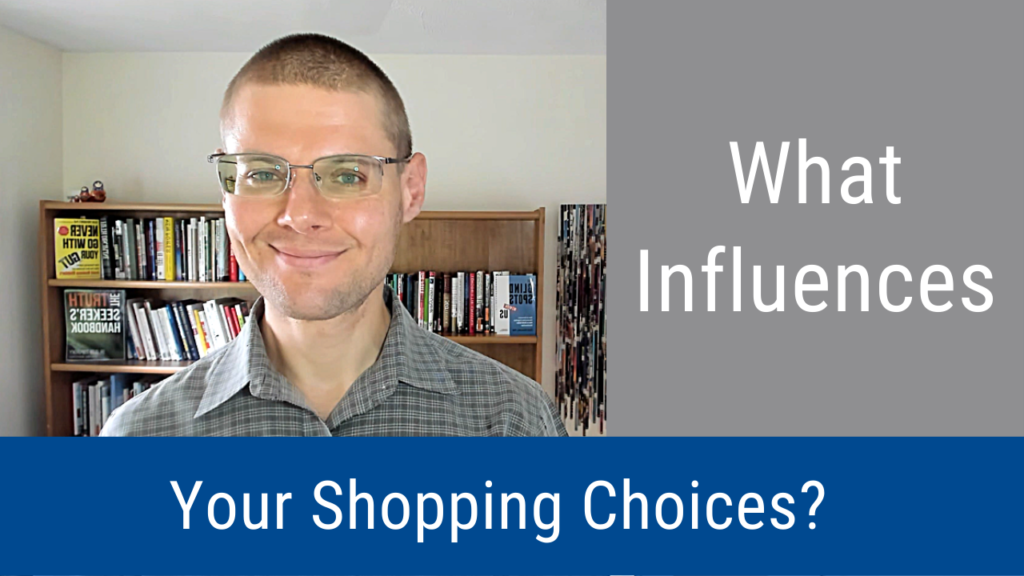 When it comes to shopping choices, we overestimate our abilities to keep our impulses in check. You can avoid poor shopping choices by developing a host of shopping mental skills. That's the key take-away message of this episode of the Wise Decision Maker Show, which describes what influences your shopping choices.

Video: “What Influences Your Shopping Choices?”

Podcast: “What Influences Your Shopping Choices?”