Charges of Hypocrisy are the Last Refuge of the Hypocrite 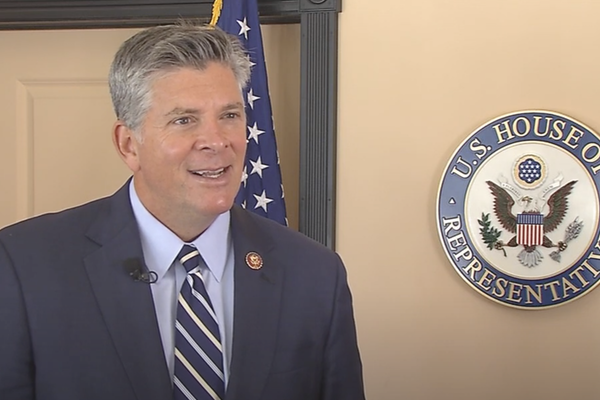 US Rep. Darin LaHood (R-IL), who represents the author in Congress

The right-wing mob was just a few feet away from massacring the Congresswomen and -men who were about to certify Biden’s and Harris’s defeat of Trump. But that was three weeks ago, and Republicans have returned to their pre-insurrection politics, as if nothing happened. The hypocrites are now shouting “Hypocrisy!”

Last week, my own Congressman, Darin LaHood, expressed his concerns about the Domestic Terrorism Prevention Act, which had already been passed by the House in September, but then not even taken up in McConnell’s Senate. Brought up again by Democrats in the wake of the Capitol attack, the bill would create offices in the Departments of Homeland Security and Justice, and in the FBI, to monitor, investigate, and prosecute domestic terrorism. LaHood opposes it: “I have some real constitutional concerns ... I think there are real concerns about the way that the double standard, and the hypocrisy of how the protests last summer by Antifa and Black Lives Matter, and the violence and the anarchy and criminal activity that went on, that that’s not treated the same as what happened at the Capitol.”

Here is why the broad protests this summer involving millions of Americans concerned about racism, that included some isolated local incidents of violence, are not the same as the attempted overthrow of our government this month. Much of the violence, including murders, was the work of far-right extremists. None of those protests threatened to overthrow the federal government or murder elected officials. The Washington Post estimated that of over 7000 protests before the end of June, 96% involved no injuries and no property damage. But Black people’s protests make good Republican campaign slogans.

The agencies in our government designated to protect us against terrorism don’t see the equivalence. They say that the greatest danger comes from right-wing extremists.  In September, Christopher Wray, appointed by Trump to head the FBI, told a House Homeland Security Committee hearing that “racially motivated violent extremism,” mainly from white supremacists and anti-government groups, was the greatest domestic terrorist threat.

Republican politicians like LaHood wanted Wray to say that leftist groups, like Black Lives Matter and Antifa, were equally threatening. William Barr, Attorney General at the time, had called Antifa “the ramrod for the violence.” Before the hearing, a whistle-blower in the Homeland Security Department revealed that the Trump-appointed leadership had blocked release of an August report that labeled white supremacist extremists as “the most persistent and lethal threat in the homeland through 2021.” After the September hearing, Trump tweeted his complaint about how his own FBI treats leftist protesters: “I look at them as a bunch of well funded ANARCHISTS & THUGS who are protected because the Comey/Mueller inspired FBI is simply unable, or unwilling, to find their funding source, and allows them to get away with ‘murder’.” The Trump reelection campaign, and many Republican local campaigns, insisted that the scattered incidents of violence against property during the protests this summer represented the influence of the Democratic Party. No Democratic politician urged crowds to commit violence, as did Trump and his fellow speakers just before the Capitol riot.

That riot was the culmination of months of claims by leading Republicans that the November election had been rigged. Darin LaHood was a full participant in those lies. He was among the 106 Congressional Republicans who supported the December lawsuit brought by 17 Republican Attorneys General challenging election results in Pennsylvania, Michigan, Wisconsin and Georgia, that had already been carefully confirmed by recounts and dozens of court cases. He signed on to the statement that “unconstitutional irregularities” “cast doubt” on “the integrity of the American system of elections.” After the Supreme Court rejected the suit, LaHood wrote an editorial for the Peoria Journal Star that “we now have some resolution that brings finality to the election results and pending disputes.” But he wasn’t done. On January 5, LaHood told the Springfield State Journal-Register that he was still undecided about whether he would object the next day to the certification of electoral votes from states where urban Black communities had voted overwhelmingly for Biden-Harris.

LaHood and his colleagues convinced millions of Republican voters over two months that the election had been rigged. The extremist fire was already out of control on January 6, when Trump, his son, Rudy Giuliani, and Rep. Mo Brooks of Alabama poured on the gasoline. Even that horrific insurrection did little to stop Republican claims about the election. On January 8, LaHood spoke out of both sides of his mouth with a local Illinois TV station: “After the elections are over, we need to come together, we need to govern, we need to work on behalf of the people, and that’s what I’ve tried to stress.” He still asserted that there are “election fraud” issues in Pennsylvania, Arizona, Michigan: “We have to have confidence that our election system is working the right way.” He put a video of this interview on his website.

“This was a secure election. That is a success story. That is something everyone in the administration should be proud of. That’s the story I feel we should be telling now.”

By equating an exaggerated portrait of Antifa with the Capitol riot, Republicans are trying to divert attention from the attempt by their own supporters to overthrow our government, which resulted in the murder of a police officer. The hypocrisy of LaHood and his colleagues about both the threat of right-wing violence and lack of Republican faith in American elections is notable, if not surprising. I wish the normal double standard of Republican politics was the only thing to worry about.

My Congressman, Darin LaHood, whose victory I helped tally in November, joined his fellow Republicans in unleashing a beast which they cannot control. He and they are now afraid of bogeymen they invented: Democrats who will turn the US into a socialist dictatorship; the violent right wing whom they encouraged but who shouted “Hang Mike Pence”; the majority of Republican voters whom they convinced to shout “Stop the Steal” who might desert them if they admitted that nothing had ever been stolen. LaHood faces the classic liar’s dilemma: if I tell the truth now, I’ll have to explain why I lied before. He hopes the beast doesn’t come for him, so he wiggles and squirms about national security.

He pointed the beast at every Democrat in the land, at Black communities in big cities, at his own colleagues who couldn’t stomach the lies. He pointed the beast at me, a small part of the national web of child-abusing election-stealing liberal-socialist-communist traitors, who threaten the American way of life.

Neither of us knows what violent act will develop in the extremist underground. Maybe if he were as concerned as I am, he would stop lying about it.