Blogs > Intentional Insights > Defending Yourself From Misinformation via Neuroscience

Defending Yourself From Misinformation via Neuroscience 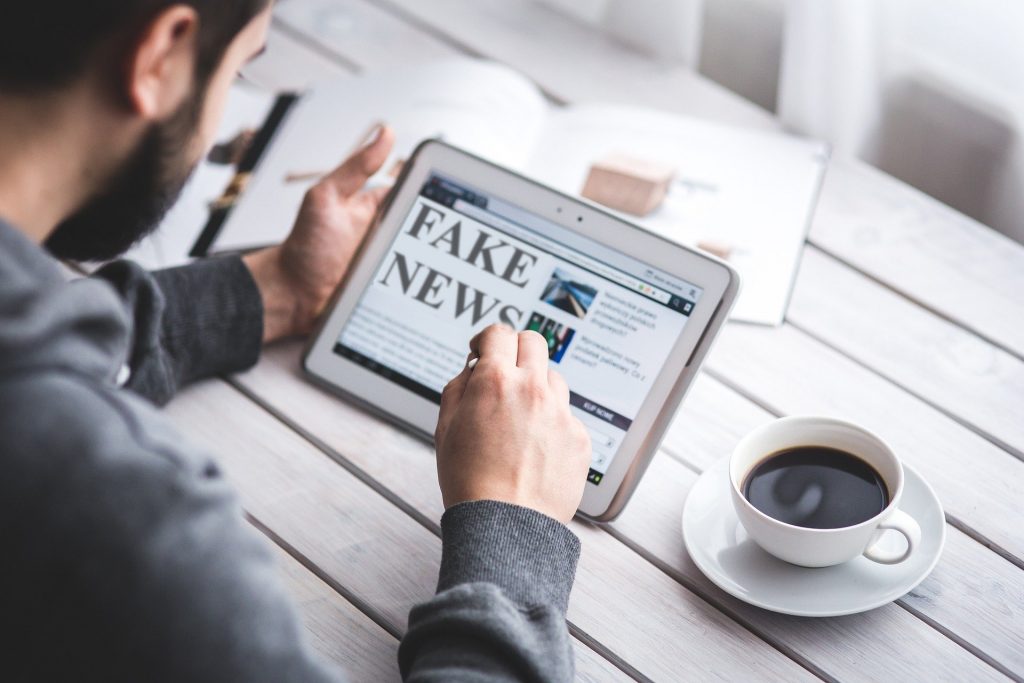 Whenever you hear something repeated, it feels more true when you hear it repeated. In other words, repetition makes any statement seem more true. So anything you hear will feel more true each time you hear it again.

Do you see what I did there? Each of the three sentences above conveyed the same message. Yet each time you read the next sentence, it felt more and more true. Cognitive neuroscientists like myself call this the “illusory truth effect.”

Go back and recall your experience reading the first sentence. It probably felt strange and disconcerting, perhaps with a tone of outrage, as in “I don’t believe things more if they’re repeated!”

Reading the second sentence did not inspire such a strong reaction. Your reaction to the third sentence was tame by comparison.

Why? Because of a phenomenon called “cognitive fluency,” meaning how easily we process information. Much of our vulnerability to deception in all areas of life – including to fake news and misinformation – revolves around cognitive fluency in one way or another.

Our brains are lazy. The more effort it takes to process information, the more uncomfortable we feel about it and the more we dislike and distrust it.

By contrast, the more we like certain data and are comfortable with it, the more we feel that it’s accurate. This intuitive feeling in our gut is what we use to judge what’s true and false.

Yet no matter how often you heard that you should trust your gut and follow your intuition, that advice is wrong. You should not trust your gut when evaluating information where you don’t have expert-level knowledge, at least when you don’t want to screw up. Structured information gathering and decision-making processes help us avoid the numerous errors we make when we follow our intuition. And even experts can make serious errors when they don’t rely on such decision aids.

These mistakes happen due to mental errors that scholars call “cognitive biases.” The illusory truth effect is one of these mental blindspots; there are over 100 altogether. These mental blindspots impact all areas of our life, from health and politics to relationships and even shopping.

The Danger of Cognitive Fluency and Illusory Truth

We already make plenty of mistakes by ourselves, without outside intervention. It’s especially difficult to protect ourselves against those who know how to manipulate us. Unfortunately, the purveyors of misinformation excel at exploiting our cognitive biases to get us to buy into fake news.

Consider the illusory truth effect. Our vulnerability to it stems from how our brain processes novel stimuli. The first time we hear something new to us, it’s difficult to process mentally. It has to integrate with our existing knowledge framework, and we have to build new neural pathways to make that happen. Doing so feels uncomfortable for our lazy brain, so the statement that we heard seems difficult to swallow to us.

Next time we hear that same thing, our mind doesn’t have to build new pathways. It just has to go down the same ones it built earlier. Granted, those pathways are little more than trails, newly laid down and barely used. It’s hard to travel down that newly-established neural path, but much easier than when your brain had to lay down that trail. As a result, the statement is somewhat easier to swallow.

Each repetition widens and deepens the trail. Each time you hear the same thing, it feels more true, comfortable, and intuitive.

Does it work for information that seems very unlikely? Science says yes! Researchers found that the illusory truth effect applies strongly to implausible as well as plausible statements.

That’s why the purveyors of misinformation rely on repeating the same thing over and over and over and over again. They know that despite fact-checking, their repetition will sway people, even some of those who think they’re invulnerable. In fact, believing that you’re invulnerable will make you more likely to fall for this and other cognitive biases, since you won’t be taking the steps necessary to address them.

What are some other cognitive biases you need to beware? If you’ve heard of any cognitive biases, you’ve likely heard of the “confirmation bias.” That refers to our tendency to look for and interpret information in ways that conform to our prior beliefs, intuitions, feelings, desires, and preferences, as opposed to the facts.

Moreover, the more educated we are, the more likely we are to engage in such active rejection. After all, our smarts give us more ways of arguing against new information that counters our beliefs. That’s why research demonstrates that the more educated you are, the more polarized your beliefs will be around scientific issues that have religious or political value overtones, such as stem cell research, human evolution, and climate change. Where might you be letting your smarts get in the way of the facts?

Our minds like to interpret the world through stories, meaning explanatory narratives that link cause and effect in a clear and simple manner. Such stories are a balm to our cognitive fluency, as our mind constantly looks for patterns that explain the world around us in an easy-to-process manner. That leads to the “narrative fallacy,” where we fall for convincing-sounding narratives regardless of the facts, especially if the story fits our predispositions and our emotions.

You ever wonder why politicians tell so many stories? What about the advertisements you see on TV or video advertisements on websites, which tell very quick visual stories? How about salespeople or fundraisers? Sure, sometimes they cite statistics and scientific reports, but they spend much, much more time telling stories: simple, clear, compelling narratives that seem to make sense and tug at our heartstrings.

Now, here’s something that’s actually true: the world doesn’t make sense. The world is not simple, clear, and compelling. The world is complex, confusing, and contradictory. Beware of simple stories! Look for complex, confusing, and contradictory scientific reports and high-quality statistics: they’re much more likely to contain the truth than the easy-to-process stories.

Unfortunately, knowledge only weakly protects us from cognitive biases; it’s important, but far from sufficient, as the study I cited earlier on the illusory truth effect reveals.

What can we do? You can use decision aid strategies to address cognitive biases, not only to defend yourself from misinformation, but also overcome the tide of misinformation destroying our democracy.

One of the most effective strategies is to build up a habit of automatically considering alternative possibilities to any claim you hear, especially claims that feel comfortable to you. Since our lazy brain’s default setting is to avoid questioning claims, which required hard thinking, it really helps to develop a mental practice of going against this default.

Be especially suspicious of repeated claims that favor your side’s positions without any additional evidence, which play on the illusory truth effect and the confirmation bias combined. Make sure to fact-check them with reliable fact-checking organizations, rather than accepting them because it feels good and right to do so.

Another effective strategy involves cultivating a mental habit of questioning stories in particular. Whenever you hear a story, the brain goes into a listening and accepting mode. Remember that it’s very easy to cherry-pick stories to support whatever position the narrator wants to advance. Instead, look for thorough hard numbers, statistical evidence, and peer-reviewed research to support claims.

More broadly, you can make a personal commitment to the twelve truth-oriented behaviors of the Pro-Truth Pledge by signing the pledge at ProTruthPledge.org. All of these behaviors stem from cognitive neuroscience and behavioral economics research in the field called debiasing, which refers to counterintuitive, uncomfortable, but effective strategies to protect yourself from cognitive biases. Peer-reviewed research has shown that taking the Pro-Truth Pledge is effective for changing people’s behavior to be more truthful, both in their own statements and in interactions with others.

These quick mental habits will address the most fundamentally flawed aspects of our mind’s tendency to accept misinformation.

You can protect yourself from misinformation by considering alternative interpretations, being suspicious of repetition, and taking the Pro-Truth Pledge...> Click to tweet