Blogs > Steve Hochstadt > The Day After the South Carolina Debate

The Day After the South Carolina Debate 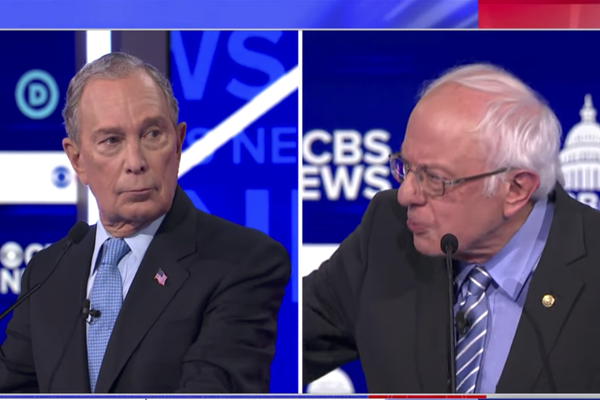 I have been thinking about my years as an op-ed writer in terms of freedom of the press. I had so much freedom to write about what I wanted. But publishing in the newspaper did entail some restrictions, most of which were not important, for example, I could not use bad words.

Now that I write for online readers, I realize some newfound freedom from the press. I have no restrictions on length aside from your patience. I can use whatever words I want. Today I take another liberty with my freedom – I send this a day late. Because the Democratic debate is on Tuesday, I want to include it in this column.

The last debate in Nevada made a stronger impression on me than most of the others, because of the highly critical comments all around. The metaphor of a circular firing squad could become accurate, if these few Democrats work so hard at tearing the others down that they collectively make all of them unelectable. I had a notion about who had said what and what that mattered, but I wanted to see what really happened by reading the transcript:

I think anyone watching the debate would have been struck by the exchange between Elizabeth Warren and Michael Bloomberg in the first minutes. Warren made a statement for the ages: “I’d like to talk about who we’re running against. A billionaire who calls women fat broads and horse faced lesbians. And no, I’m not talking about Donald Trump, I’m talking about Mayor Bloomberg. Democrats are not going to win if we have a nominee who has a history of hiding his tax returns, of harassing women and of supporting racist policies like redlining and stop-and-frisk. Look, I’ll support whoever the Democratic nominee is, but understand this, Democrats take a huge risk if we just substitute one arrogant billionaire for another.”

That may be what is remembered, but I think Bloomberg said something even more important about Bernie Sanders first: “I don’t think there’s any chance of the Senator beating President Trump. You don’t start out by saying, “I’ve got 160 million people, I’m going to take away the insurance plan that they love.” That’s just not a ways that you go and start building the coalition that the Sanders’ camp thinks that they can do. I don’t think there’s any chance whatsoever, and if he goes and is the candidate, we will have Donald Trump for another four years and we can’t stand that.”

This was not tit for tat. Bloomberg dismissed Sanders’ candidacy as a failure, and gave no indication he would support it. Bernie is a loser. The people who vote for Sanders now, which so far has been the plurality in 3 primary states, are deluded or worse.

Warren was not nice, but she was a making much more reasoned and fact-based prediction about the campaign, if Bloomberg were the nominee. Nevertheless, she said she would support “whoever the Democratic nominee is.” The difference is that Bloomberg did creepy things he has to explain and Bernie is winning Democratic votes.

Pete Buttigieg was desperate, I thought, to knock off the front runner Sanders and the dangerous rival for moderate Democrats Bloomberg. So he lumped them together as dangerous: “we’ve got to wake up as a party. We could wake up two weeks from today, the day after super Tuesday, and the only candidates left standing will be Bernie Sanders and Mike Bloomberg, the two most polarizing figures on this stage. And most Americans don’t see where they fit, if they’ve got to choose between a socialist who thinks that capitalism is the root of all evil and a billionaire who thinks that money ought to be the root of all power. Let’s put forward somebody who actually lives and works in a middle-class neighborhood, in an industrial Midwestern city. Let’s put forward somebody who’s actually a Democrat. Look, we shouldn’t have to choose between one candidate who wants to burn this party down and another candidate who wants to buy this party out. We can do better.”

Again the words about Sanders are important: he will burn the party down; he’s a socialist, not a democratic socialist; he is on a par with Bloomberg. The latest polls have Sanders in the lead in New York, Michigan, Wisconsin, Pennsylvania, California, Massachusetts, North Carolina, and Illinois. He is tied with Biden in Texas, and comes second to Biden in South Carolina, and third behind Biden and Bloomberg in Florida.

In nearly all these states, Buttigieg is in 4th or 5th place. In Midwestern states, who might look favorably on “somebody who actually lives and works in an industrial Midwestern city,” Buttigieg comes in 5th in Pennsylvania, Michigan, Wisconsin, and Minnesota.

The Nevada debate made me uncomfortable. The South Carolina debate was hard for me to watch. The danger that has accompanied the months of campaigning and debates so far, that these varied and talented Democrats would kill each other off, was apparent.

The arguments of Klobuchar and Buttigieg, that unity is most important for Democrats and the country, are now a smokescreen for assertions that Bernie Sanders is too divisive, too rigid, too far to the left, which alienates all non-Democrats and threatens 4 more years of Trump and loss of the House. They both expressed the certainty that Bernie represents a danger to Democrats because of his policies.

Within the last few days,

the Economist/YouGov national poll puts Buttigieg and Klobuchar 5th and 6th at 9% and 4%;

In Minnesota, her home state where she has won victories that she constantly talks about, Klobuchar is ahead of Sanders only 29%-23%. Bernie’s “favorability rating” among Democrats is the highest, while Buttigieg and Klobuchar occupy their usual places outside of the top four.

Divisive is the public yelling that the leading Democratic vote-getter is “burning down the party”, by candidates who are rejected by most Democrats. Their most important claim is nonsense: Sanders beat Trump in the most recent poll by CBS/You Gov by a larger margin than anyone else, and other national polls show similar results. He beats Trump by the largest margin in Michigan, Wisconsin, and Pennsylvania, those states at the center of Democratic calculations.

The debate last night displayed rudeness, lack of discipline, hostility, and misleading criticisms of fellow Democrats. Buttigieg couldn’t stop making wild predictions about chaos if Sanders is nominated: “I mean, look, if you think the last four years has been chaotic, divisive, toxic, exhausting, imagine spending the better part of 2020 with Bernie Sanders vs. Donald Trump. Think about what that will be like for this country.”

The nastiest lightly veiled implication by Buttigieg and Klobuchar was that Bernie “had shown an inexplicable, suspicious softness toward authoritarian regimes around the world”, as NY times columnist Frank Bruni says. Here is the context. All the moderate candidates position themselves as descendants of Obama. An article in the New York Intelligencer shows that Obama praised the Cuban educational system, that every President has noted actual good achievements in authoritarian nations, and that some, including Trump, have praised the worst dictators in general terms. The article concludes that examining “the senator’s actual governing record on civil liberties and political freedom” brings him again to the fore.

Perhaps I’ll discuss Joe Biden and Elizabeth Warren later. Tom Steyer has no chance, but he is the most modest and least hostile of the candidates. Bloomberg makes it clear that he thinks Bernie is a sure loser to Trump, that he will be a disaster for the Democratic Party. He needs to prove that he is really a Democrat, and he hates Bernie’s progressive policies. He has never made the call for unity among Democrats a signature position, except unity behind himself. So it’s not surprising that he attacks the obvious front-runner.

Buttigieg and Klobuchar are desperate. They have been campaigning hard for nearly a year and are mired at the bottom of those left in the race. They had virtually no appeal for black and Latino voters in December or in January. Polls in the many states that vote on Super Tuesday, which will probably decide the overall delegate winner, show Buttigieg and Klobuchar outside of the top 2 everywhere, outside of the top 4 in most states, except for Klobuchar’s lead in her home state.

Claims that Bernie Sanders is a bad Democrat and a sure loser disdains the Democratic voting public, which puts him in the lead everywhere. These white candidates with only white support are telling voters of color that they don’t know what they are doing. I don’t think it is possible that Klobuchar and Buttigieg would rather have 4 more years of Trump than see Bernie leading the country. But their dishonest attacks on a likely nominee may make the difference in a close race.