How Tolstoy's War and Peace Can Help Us Understand History's Complexity

David P. Barash is an evolutionary biologist and professor of psychology emeritus at the University of Washington; his most recent book is Through a Glass Brightly: Using science to see our species as we really are (Oxford University Press), 2018. 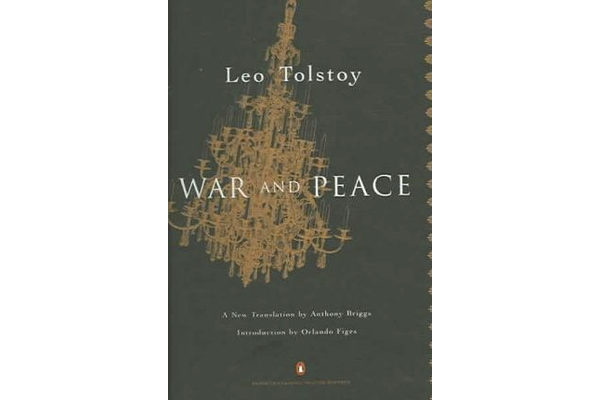 We have extraordinary access to ideas and data, and yet it has become a truism that getting to the bottom of things has become more difficult. Truth itself seems increasingly unclear and under assault. Call it Nietzschean perspectivism if you wish, but I submit it is because things are rarely linear. Even without the astounding barrage of half-truths, outright lies, “alternative facts” and demented tweets emanating from the Orange Presence in the White House, the Internet alone has muddied the waters of our comprehension. Our times are best understood not via relativism or subjectivity of “truth claims” but by recognizing that although events and other facts are indeed real, they mostly result from a complex, interlocking web of causation with no one factor necessarily determinative and no single interpretation necessarily correct. In the brief essay to follow, I summon in support of this proposition no less a presence than Leo Tolstoy. (If you resist such arguments from authority, feel free to skip the quotation that is about to come!)

War and Peace can, not unlike our increasingly muddled grasp of reality, be perceptually overwhelming in its recounting of detailed human stories. Yet one of the author’s notable asides in this masterpiece begins with a seemingly simple and mundane natural occurrence – “A bee settling on a flower has stung a child” -  then proceeds to view it from various angles, eventually arriving at a grand generalization:

And the child is afraid of bees and declares that bees exist to sting people. A poet admires the bee sucking from the chalice of a flower and says it exists to suck the fragrance of flowers. A beekeeper, seeing the bee collect pollen from flowers and carry it to the hive, says that it exists to gather honey. Another beekeeper who has studied the life of the hive more closely says that the bee gathers pollen dust to feed the young bees and rear a queen, and that it exists to perpetuate its race. A botanist notices that the bee flying with the pollen of a male flower to a pistil fertilizes the latter, and sees in this the purpose of the bee's existence. Another, observing the migration of plants, notices that the bee helps in this work, and may say that in this lies the purpose of the bee. But the ultimate purpose of the bee is not exhausted by the first, the second, or any of the processes the human mind can discern. The higher the human intellect rises in the discovery of these purposes, the more obvious it becomes that the ultimate purpose is beyond our comprehension. All that is accessible to man is the relation of the life of the bee to other manifestations of life. And so it is with the purpose of historic characters and nations.

Despite the human yearning for simple, cause-and-effect explanations, people increasingly understand that nothing can be grasped in isolation, even as complexity makes things less graspable in their entirety. This is particularly true when it comes to the elaborate kaleidoscope that is human human behavior, where no single factor explains everything – or indeed, anything.

Tolstoy himself was especially concerned with supporting his idea that history in general, war in particular, and the Napoleonic Wars most especially were due to processes that the human mind could not discern, and that contrary to Great Man notions, “historic characters and nations” are influenced by an array of factors such that every individual is no less influential than are deluded, self-proclaimed leaders. And so, Napoleon comes across in War and Peace as more than a bit ridiculous with his insistence that he and he alone drives events. (This, in service of Tolstoy’s urging that if citizens refuse to participate, there would be no wars; i.e., an early version of the bumper sticker, “What if they had a war and no one came?”)

Taking a hedgehoggy view of that brilliant old fox, today’s world is no less multi-causal and therefore confusing than Tolstoy proclaimed with his parable of the honeybee. Afflicted with an unending stream of presidential lies and gaslighting, constant yet shifting claims of “fake news” and “alternative facts,” a dizzying array of Internet information overload, and a blizzard of wild conspiracy theories, it is tempting to give up on any coherent interpretation … of anything.

Nor is this problem new. Social scientists have long disagreed about what is predominant when it comes to causation: language, socialization, learning, cultural tradition, historical circumstance, evolutionary inheritance, and so forth. Was World War I, for example, due to interlocking alliances, frustrated yearning for colonial empire on the part of Germany, Austria-Hungary’s anxiety about losing its empire, incompetent national leaders, Europe bored with decades of more-or-less peace, the rigidity of war plans combined with strict mobilization time-tables, the assassination of a certain Arch-Duke, machinations by the “merchants of death,” a combination of these, or something else?

Was the 2003 invasion of Iraq due to George W. Bush’s yearning to outdo his father, W having been manipulated by Messrs Cheney, Rumsfeld, Wolfowitz et al, a genuine hope of bringing democracy to the Arab Middle East, greed for Iraqi oil, a real if misguided belief that Western “liberators” would be welcomed with chocolate and flowers, illusions about weapons of mass destruction, a combination of these, or something else?

Is the climate crisis due to corporate greed, consumer indifference, technological over-reach, the cowardice and short-sightedness of politicians, human overpopulation in the face of limited energy resources of which fossil fuels are the most available and at the cheapest immediate cost, a collision between atmospheric physics and growth-oriented economics, the inexorable push of energy-gobbling civilizations, a combination of these, or something else?

Is the danger of nuclear annihilation due to the military-industrial complex, a human penchant for war, distrust of “the other,” excessive reliance on deterrence as a savior, a kind of psychic numbing due to the unimaginable consequences of thermonuclear holocaust, perceived helplessness on the part of ordinary citizens, widespread feelings of fatalism, a sense that if something really bad hasn’t happened yet it never will, a mesmerized delight in extreme power and potential violence whatever the consequences, a combination of these, or something else?

Although ultimate causes and to some extent even reality itself are often beyond our comprehension –possibly even beyond our ability to repair – it is nonetheless our duty to behave as though they aren’t. And certainly our duty to acknowledge such critical realities as war, climate change and nuclear weapons. Just as “All that is accessible to man is the relation of the life of the bee to other manifestations of life,” we can conclude with the existentialists that just as Albert Camus’s Sisyphus was heroic because he persevered in pushing his rock, we are equally obliged – and privileged – to push ours, even though what is accessible to us turns out to be not one but many, going in different directions and with uncertain outcomes. Or as Rabbi Tarfon (70 CE – 135 CE) proclaimed, “It is not your responsibility to finish the work of perfecting the world, but neither are you free to desist from it." Tolstoy would agree.