Blogs > (R)evolutionary Biology > What Should We Do When a Ruler is Mentally Unstable?

What Should We Do When a Ruler is Mentally Unstable?

David P. Barash is an evolutionary biologist and professor of psychology emeritus at the University of Washington; his most recent book is Through a Glass Brightly: Using science to see our species as we really are (Oxford University Press), 2018. 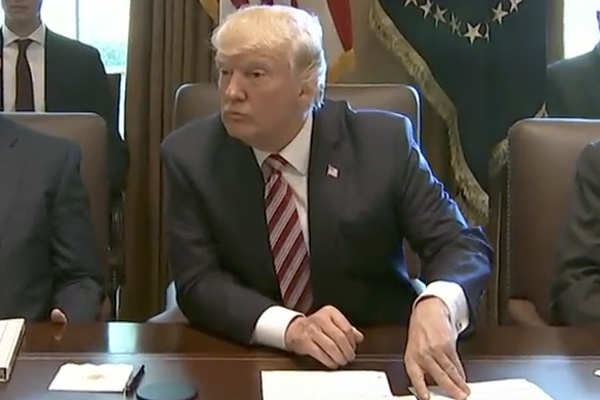 F. Scott Fitzgerald is said to have commented to Ernest Hemingway that “The rich are different from you and me,” to which Hemingway replied “Yes, they have more money.” Many people similarly assume that national leaders are different from you and me not just because they generally have (a lot) more money, but also because their mental health is supposed to be more stable.

And yet, history is full of political leaders whose mental stability was questionable at best, and others who were undoubtedly nut-cases. Roman emperor Caligula is infamous for sexual excess, for having people killed for his personal amusement, and other pathologies. Charles VI of medieval France became convinced he was made of glass and was terrified that at any moment he might break. Mad King Ludwig II of Bavaria suffered from what now appears to be Pick’s disease (related to early Alzheimer’s), along with frontotemporal dementia and schizotypal personality disorder. King George III of England evidently suffered from logorrhea, an incontrollable need to speak and write to a degree that often became incomprehensible, as well as apparent bipolar disease. And that is only a very limited sample. We can safely conclude that occupying a position of great political responsibility is no guarantee against mental illness.

“Only part of us is sane,” wrote Rebecca West. “Only part of us loves pleasure and the longer day of happiness, wants to live to our nineties and die in peace ...” It requires no arcane wisdom to realize that chronic mental illness is not the only source of “crazy” behavior: people often act out of misperceptions, anger, despair, insanity, stubbornness, revenge, pride, and/or dogmatic conviction – particularly when under threat. Moreover, in certain situations—as when either side is convinced that war is inevitable or under pressure to avoid losing face — an irrational act, including a lethal one, may appear appropriate, even unavoidable. When he ordered the attack on Pearl Harbor, the Japanese Defense Minister observed that “Sometimes it is necessary to close one’s eyes and jump off the Kiyomizu Temple” (a renowned suicide spot). During World War I, Kaiser Wilhelm wrote in the margin of a government document that “Even if we are destroyed, England at least will lose India.” While in his bunker, during the final days of World War II, Adolf Hitler ordered what he hoped would be the total destruction of Germany, because he felt that its people had “failed” him.

Both Woodrow Wilson and Dwight Eisenhower suffered serious strokes while president of the United States. Boris Yeltsin, president of the Russian Federation from 1991 to 1999, was a known alcoholic who became incoherent and disoriented when on a binge. Nothing is known about what contingency plans, if any, were established within the Kremlin to handle potential war crises had they arisen during the Yeltsin period. Richard Nixon also drank heavily, especially during his stressful stint as US president during the Watergate crisis, which ultimately led to his resignation. During that time, Defense Secretary James Schlesinger took the extraordinary step of insisting that he be notified of any orders from the president that concerned nuclear weapons before they were passed down the command chain.

Presumably, Schlesinger – and by some accounts, Henry Kissinger, who was then serving as National Security Adviser – would have inserted themselves, unconstitutionally, to prevent war, especially nuclear war, if Nixon had ordered it. As civilians, neither Yeltsin nor Nixon, when incapacitated by alcohol, would have been permitted to drive a car; yet they had full governmental authority to start a nuclear war by themselves.

During his time in office, Donald Trump has been the first US president considered, simply by virtue of his own personal traits, to be a national security threat. Thus, he is renowned for repetitively lying, possibly to a pathological extent, and concerns have constantly been raised about his mental stability, impulsiveness, narcissism, sociopathy, and many other ailments that in the opinion of many mental health professionals would clearly disqualify him for numerous military and government posts … but not the presidency. The fact that the current impeachment inquiry has driven him to acts and utterances that are increasingly bizarre and unhinged, and that by law he has sole sufficient authority to order the use of nuclear weapons should be of the greatest concern to everyone, regardless of your politics.