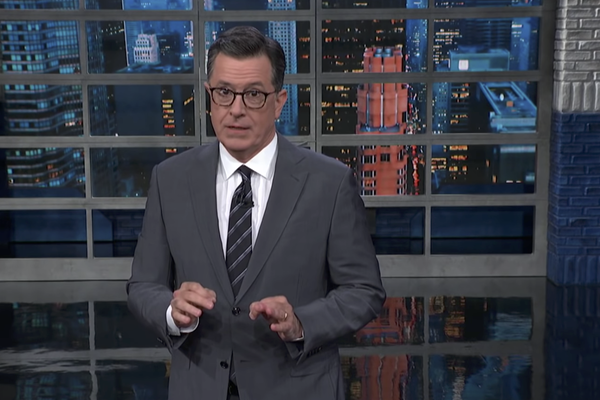 After greeting the crowd at Texas Southern University, Julián Castro opened the Democratic debate last week with this important insight: “There will be life after Donald Trump. But the truth is that our problems didn’t start just with Donald Trump, and we won’t solve them by embracing old ideas.” All the Democratic candidates agree on Castro’s analysis of the past, that our American problems which need to be solved have been developing for a long time. They agree that we will go on, perhaps to a bright future, after Trump is gone. The fundamental disagreements among the candidates center on Castro’s rejection of “old ideas”: how much progressive change is the right amount in this election?

Joe Biden represents the most moderate positions, although his ideas are hardly old. In fact, he has had to repudiate many of his old ideas during this campaign: working with segregationists in Congress was a good thing; Obamacare as it was enacted was good enough; harsh sentencing did less to control crime than to put a generation of mostly African Americans behind bars. Politicians from the 1960s have had to change many fundamental ideas, but are very bad at admitting that positions they took long ago are not right for today.

Castro, and many of the other candidates who appeared at the 3rd debate, as well as others who still believe they have a chance, criticize Biden, hoping to peel off the moderate Democratic voters who support him. On health care, which has taken center stage as the crucial issue of 2020, Castro magnified a minor difference with Biden, but took what has become the moderate position, arguing for the retention of private health insurance plans: “If they choose to hold on to strong, solid private health insurance, I believe they should be able to do.” He claimed to be fulfilling the legacy of Barack Obama, a key clue that he stands with the more moderate candidates.

At the other end of the field, Elizabeth Warren and Bernie Sanders want to eliminate private health plans entirely in favor of Medicare for All. Sanders and Warren hold up the private insurance industry for ridicule as siphoning off billions of dollars in profit. Their differences between them lie less in policy than in approach. Warren has plans for structural reform in favor of the neglected little guy, while Sanders thinks instead of a revolution against the oligarchy.

Many of the more moderate Democratic candidates have already fallen by the wayside: John Hickenlooper, Steve Bullock, Seth Moulton, Kirsten Gillibrand, Bill de Blasio, John Delaney. The latest poll from yesterday, like all last week’s polls, show Biden in the lead, but the very progressive Sanders and Warren combined have significantly more support. Among the rest, only Kamala Harris, Pete Buttigieg, and Beto O’Rourke consistently get more than 2%. The field is thankfully shrinking, and will gradually become more manageable. The election is still nearly 14 months away.

As a prelude to the actual debate, ABC chose a sentence from each candidate’s earlier speeches to play in the order that the candidates were ranked. I found it notable that all these excerpts except Biden’s (“I will be a president for every American.”) talked about “we”. Who knows how that came about? Did someone pick these clips to demonstrate the fundamental unity among all Democratic candidates? I don’t know if we’ll ever find out.

That message of unity is my “takeaway” from the campaign so far. The cohesion and shared values are hard to see, though. The nature of a campaign is that everyone is competing with everyone, and against everyone. The media compulsion to broadcast conflict shapes the whole process, for candidates and for us all. That was apparent in the moderators’ questions: instead of asking “what do you believe?” or “what would you do?”, they demanded discussion of disagreements.

To see how the media shapes our impressions of the campaign, it is instructive to see two attempts to summarize the debate in a few clips, by ABC News, as fact, and by Stephen Colbert, for laughs.

Right after the debate, ABC produced 4 minutes of “Moments That Mattered”. The selection was a serious exercise in media repackaging. Every heated exchange was included: Biden and Sanders arguing about health care; Castro castigating Biden about the small differences in their health care plans and about his memory, and all of the other conflicts involving Castro; Klobuchar versus Sanders about health care. Harris was shown criticizing Trump, Booker only got to talk about his early electoral failures, Buttigieg only to complain about the emphasis on conflict. The more extreme proposals were highlighted: Yang’s philanthropic offer of $1000 a month to some needy families; Beto O’Rourke saying he would take away assault rifles. Elizabeth Warren apparently did not matter to ABC and was not shown at all, because she spent her time explaining rather than attacking.

Stephen Colbert’s monologue later that night tells a different story, not only because he is much funnier. For 12 minutes, he used excerpts of what America had just seen to get laughs after laughs. Colbert’s principles were clear: portray every candidate truthfully, and then make fun. He made fun of Sanders’ voice, Biden’s age, Harris’s vagueness on what to call the unmasked little Wizard of Oz, and Klobuchar’s movie reference.

Colbert began by talking about “fireworks” and gleefully displayed a few moments of real one-on-one conflict. But by the time Colbert wound up, most of the candidates had their say about something important, even when he fantasized something funny in response. Klobuchar expressed the “existential threat” to our environment. Beto told the world he would take away assault rifles. Bernie said that Medicare for All would cost our society much less than we’re spending now. Yang made his remarkable philanthropic offer. Harris showed off her plan on how to deal with Trump – laugh at him. Biden emphasized his link to Obama. Warren got a brief moment of real American family á la Norman Rockwell, which is a staple in her campaign. Buttigieg summarized a universal, but ever ignored wisdom about our never-ending wars – don’t start them. Castro said everybody would be covered under his health plan. Only Booker was left out.

Age is playing a surprising role in this campaign. It certainly matters, but it’s hard to say how it matters. Laughing at old men was in lots of Colbert’s jokes about Biden and Sanders. The clip of Castro and Biden interrupting each other was about age. But Buttigieg, the youngest candidate since the beginning, said nothing disparaging about the older candidates.

Warren is 70, but she gets left out of the public laughter about the elderly. Maybe because her age is not apparent in what she does. But it’s notable that everybody finds her hard to criticize. That may be a hidden advantage for her campaign.

Maybe a difference in purpose led to these differences in reportage. Although Trump incessantly whines about the mainstream networks as “fake news” trying to defeat him, ABC was much more interested in promoting conflict as significant, who’s ahead, who’s desperate, who is nasty about whom. All the networks and all the print media try hard not to put themselves on one side or the other, even as they pick and choose what to tell us.

Colbert was clear about his purpose in his monologue. Toward the beginning, he called Trump a non-violent criminal. At the end, he said: “What did we get? . . . hopefully, one person who can beat Donald Trump.”

The news isn’t fake, but it is spun, not false, but often misleading about important things. Colbert tells obviously fake stories, but gives us a better picture of reality. Unfortunately, this election is not a laughing matter.