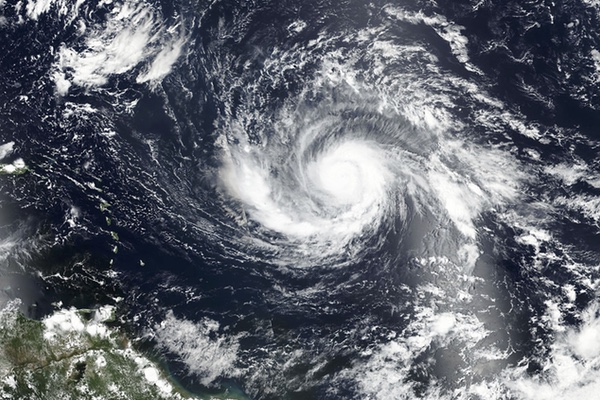 Two sets of opinions about our environment, the earth which makes our lives possible, are at war in our country. The scientific set is alarmed about the mounting effects of human activity on air, water, animal and plant life, and climate. As population and consumption grow, and industrial methods of doing everything proliferate, the earth has become unable to absorb the multiplying impact on its interlocking natural systems. The pollution of our water supplies, the increasing ferocity of storms, the warming of climate, the rising level of oceans, and the dying of species are already negatively affecting people around the globe. Projections of these trends into the near future predict severe problems for billions of people.

The ignorant set of opinions dismisses all evidence with stupid arguments. “The earth’s climate was much warmer long ago.” Yes, it was, before agriculture, before human life emerged, before millions of people lived on the edge of the oceans. “There is no scientific consensus.” Just a lie about the small number of isolated cranks who put forward specious contentions based on made-up evidence. “Computer models are unreliable.” You don’t need a computer to read a thermometer or see how the projections from 10 years ago have already come true. “The end times are coming, so don’t worry about climate change.” Religious dogma trumps science again.

Ignorant and stupid may be understatements. The political forces which have argued against doing anything to reduce our impact on the environment, and which now actively reverse previous efforts to protect the earth, deliberately lie about what has already happened. Republicans in Congress and the White House know that temperatures are rising. But they prioritize their own ideological short-term gains over the long-term prospects for our children and grandchildren. Their rich donors believe that their money can protect them against the disasters that will eventually befall the less wealthy, who have always borne the brunt of human-caused environmental disasters. The ignorant, stupid, dishonest set of opinions has been backed by billions of ideological dollars for decades.

Against the torrent of influence-buying, the willingness of ideologues like the Heartland Institute to twist the truth, and the self-interest of venal politicians, the honesty and empathy of someone like Greta Thunberg, the Swedish teenager who just sailed across the Atlantic to urge Americans toward bold action against climate change, stands little chance of success. It appears that no amount of evidence, neither scientific articles nor photographs of melting glaciers, can affect the deliberately ignorant.

But young people are also not that worried. Only half believe that global warming will pose a serious threat in their lifetimes, which extend well past 2050, the nightmare date by which climate across the globe will be unrecognizable.

Opposition to efforts to ameliorate climate change comes not only from conservative politicians. A couple in Missouri who wanted to install solar panels on their roof had to fight for years with local politicians and neighbors who didn’t like the look. In some classic cases of “not in my backyard”, people in the most liberal places refuse to accept minor lifestyle changes. An attempt to construct a wind farm off the shores of Nantucket Island near Cape Cod resulted in years of controversy, litigation, documentaries, books, and polls, and was eventually shelved. The most significant argument against the tall turbines 15 miles offshore from Nantucket was that they would spoil the view. A 2013 law in Massachusetts that would have indexed the tax on gasoline to inflation was repealed by popular vote the next year.

Although my family believes I am a Luddite because of my reluctance to embrace cell phones, I blame their use for some of our environmental problems. I am constantly amazed when I walk around on a sunny day and most of the people I see are staring fixedly down at a tiny screen. A flock of ducks flies overhead, trees wave in the breeze, clouds march across the sky, but they earn not even a glance. The younger generations are turning away from the natural world in favor of virtual unreality. They may be watching videos of Greenland’s ice pack melting, but they miss what is happening to their own environment.

There is much discussion of the physical dangers of using smart phones while walking. I am more concerned about the intellectual danger of ignoring the physical environment during the short periods when most people are outside.

Some scientists are worried about the “human costs of alienation from the natural world”, which has been labeled “nature deficit disorder”. Biologists identify “plant blindness” as one symptom, “the inability to see or notice the plants in one’s own environment”. As our society has moved off the land into cities and suburbs, we have distanced ourselves from the natural world. Now the lure of rapidly changing images and instant communication distracts too many people from the slow degradation of the earth on which we stand.

The pace of environmental change is much faster than ever before, but slow in terms of human life span. It is difficult to convince anyone to accept something now that they don’t like in order to prevent a catastrophe decades away.

Looking down at our phones, we won’t see the cliff ahead.

Thanks to my cousins, Roger Tobin and Saul Tobin.