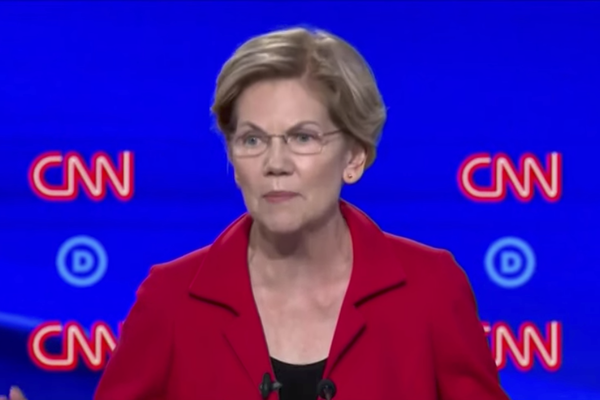 Elizabeth Warren in the Democratic Debate on July 30, 2019

Congratulations on your campaign thus far and on your performance during the two sets of televised debates. You have done a fine job of presenting yourself and your ideas for America.

But I don’t think the Democratic debates have been successful so far. The apparent need for each candidate to distinguish themselves from the rest and the relentless efforts of the media, including the debate organizers and hosts, to dig out points of difference and conflict have resulted in a set of seemingly contradictory messages about what Democrats stand for and how you all differ from the much more unified message of Trump and the Republicans.

I have believed for some time that the way for any Democrat to beat Trump is for all Democrats to emphasize what unifies you, or us. I wrote about that idea in May, but the message apparently did not have any effect. So I am trying a different tack: asking you to take the lead in helping the whole field of candidates be clearer about what all Democrats propose to the American people, each in their own way and with their own emphases.

I ask you to formulate a statement of Democratic principles and policies that every candidate could accept in a public way, preferably as part of the next debate. That statement should address the underlying agreement among all Democrats on issues that separate us from the Trump candidacy: the intention to address climate change rather than call it a hoax; to raise taxes on the rich, not the rest of us; to fund education, child care and infrastructure more vigorously; to move forward from Obamacare, not destroy it. Imagine the impact on the voting public if every candidate on the stage said the same few words about their support for what surveys show that the majority of the public wants.

Success in this effort does not depend on getting unanimous agreement. If someone wants to say, “I don’t support those ideas,” let them. That will further emphasize the unified stance of the rest. Success would be taking control of the debate and the whole effort to get rid of Trump.

I ask you to do this because of your status as a leading candidate, your willingness to take the lead in formulating what being a Democrat means, and your fearlessness in articulating your campaign message. Taking this lead may not help you personally to jump over the other Democrats, but it could help all Democrats gather the votes of the majority of Americans who disapprove of Trump. I don’t see how such an effort could harm your campaign among Democratic voters.

I understand that your own policy proposals would not get approval from all the candidates, or perhaps even from most. That is exactly what is confusing to the average American voter. You would have to formulate a statement that falls short of the plans that you have outlined. I support your candidacy because of those particular plans. But more important, I believe that the majority of Americans support the general foundation of Democratic ideas and ideals that inform you and the other candidates.

The media, from FOX to MSNBC, from the NY Times to the local papers that most Americans read, will not draw the obvious and important contrasts between what Republicans have done and tried to do and what Democrats would do if Trump is defeated. They will keep talking about a horse race, goading you all to attack each other, and emphasizing the smallest differences over the larger consensus.

Thank you for your service thus far to all Americans.