Blogs > (R)evolutionary Biology > What Lay Behind the Toronto Van Attack?

What Lay Behind the Toronto Van Attack? 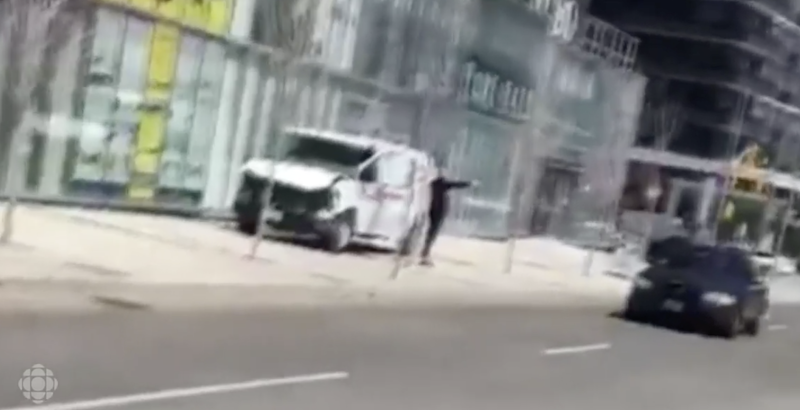 David P. Barash is professor emeritus of psychology at the University of Washington. His most recent book, Through a Glass Brightly: Using Science to See Our Species as We Really Are, will be published summer 2018 by Oxford University Press.

Like most Americans, I hadn’t heard the word “incel” (derived from “involuntary celibate”) until the recent murderous attack in Toronto. But without knowing it, I have been researching the phenomenon for decades - in animals, not in people, but the situation among our nonhuman relatives is illuminating.

A widespread pattern, especially among mammals such as Homo sapiens and one that relevant to an evolutionary understanding of those unfortunate incels among us – is polygyny, in which a male has sex with multiple females.

To understand why polygyny is so common, look no further than eggs and sperm. The former, production of which literally defines females, are relatively large and even when –  as in mammals –  not encased in big hard shells, fertilization obligates the mother to a large investment during pregnancy and then, after birth, lactation. By contrast, the male specialty – sperm – are tiny and produced in vast quantities. As a result of this asymmetry, one male can fertilize many females, and in species in which there are equal numbers of each sex, the stage is set for intense male-male competition to do the fertilizing. The fact that a minority of males are often able to obtain more than their share when it comes to sexual success means that there must be many other males that are left out.

Nonhuman animals who find themselves sexually and thus reproductively excluded don’t join Internet chat groups where they share their frustration and fury at fornication foregone, but they can be violent – even lethal – troublemakers.

For an extreme case among mammals (and thus, a revealing one since it italicizes the more general situation), consider elephant seals. Among these highly polygynous animals, a dominant male can sometimes accumulate a harem of 30 or so females, which necessitates that for every such successful harem-master, 29 males are relegated to bachelorhood. These sexually frustrated animal incels aren’t especially aggressive toward females, but they are violent indeed, almost exclusively toward their fellow males.

The evidence for an underlying penchant for polygyny among human beings is convincing. For starters, there is the generally larger size of men compared to women: averaging between 10% and 20%, and applying to height, weight and muscle mass. (The fact that some women are heavier, taller and/or stronger than some men doesn’t negate the overall differences.) This differential, technically known as sexual dimorphism doesn’t prove anything by itself, although it is consistent with the male-male competition characteristic of other polygynous species in which the less competitive males are necessarily deprived of sexual and thus reproductive opportunities.

Human sexual dimorphism is also consistent with a polygynous evolutionary history when it comes to behavioral inclinations, with boys substantially more aggressive, on average, than girls, just as men are more aggressive and violent than women – once again, a difference that corresponds to the biological situation of other species in which males have been selected to compete for access to females. And in which some males, far more than some females, lose out.

More evidence is provided by sexual bimaturism, in which girls mature earlier than do boys, a circumstance that is immediately apparent in any middle school or high school classroom. Given that reproduction is more physically demanding of females than of males, it would seem counter-intuitive that among human beings, girls become capable of having children at a younger age than boys, but it makes sense when we realize that because of the male-male competition associated with polygyny, it is adaptive for young males to delay entry into the competitive arena until they are older and larger.

Then there is the fact that prior to the social and cultural homogenization that came with Western colonialism, roughly 85% of human societies were preferentially polygynous. And finally, testimony from our genes themselves: all human populations evaluated thus far show greater genetic diversity among our mitochondrial DNA – inherited from mothers  –  than among our Y chromosomes (inherited by males from their fathers). This means that modern human beings are derived from a comparatively smaller number of male than of female ancestors, because a select few of the former mated with a larger number of the latter.

Put it all together and there is no doubt that Homo sapiensis a mildly polygynous species, not as extreme as elephant seals, but definitely setting the stage for some men to be less sexually and reproductively successful than others, unlike the biologically generated condition for women, in which the difference between the most and least “fit” is more muted. Accordingly, compared to men, incel women are exceedingly rare. (In some ways, accordingly, better to be female or a gay male! Either way, you are likely to encounter potential partners, while experiencing at least somewhat less exclusionary male-male competition.)

Of all living things, the human species is undoubtedly the most liberated from biological constraints and imperatives; evolution whispers within our DNA. But for a tiny minority of men who are particularly unfulfilled, unhappy, and dangerously unmoored, it sometimes shouts.