This March 17, Remember the 80th Anniversary of the Escalation of the Slaughter of Jews at Belzec

Rick Halperin is the director of the Human Rights Program at SMU Dallas. 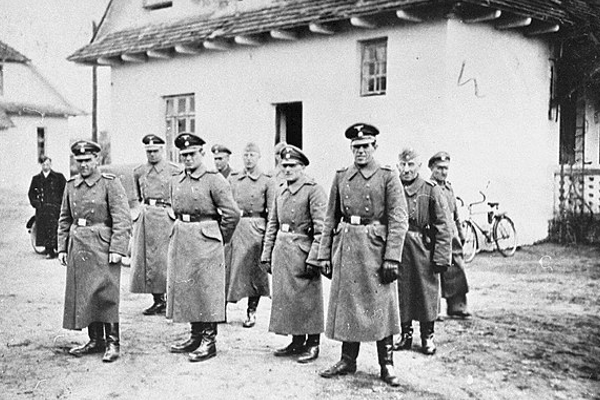 Thursday, March 17 will be the annual remembrance of St. Patrick’s Day, the Feast of St. Patrick, an observance widely commemorated both in the US and around the globe. The day will be marked with parades, festivals, people wearing green, the display of shamrocks, and, of course, the drinking of much beer and Irish whiskey. A good time will be had by many.

But March 17 is also the remembrance of a tragic anniversary that most people do not know, will not want to remember, and will quickly want to forget upon learning.

On this date in 1942, during WWII and exactly eight weeks after 15 Nazi leaders had met in Wannsee, a suburb of Berlin, and agreed upon the Final Solution (in which all the Jews of Europe were to be murdered), the first permanent death camp at Belzec, in southeast Poland, began operation.

The murder of Europe’s Jews was already underway. Croatian Jews had been murdered in mobile gas vans in the spring of 1941, and Jews were being shot to death (the “Holocaust by Bullets”) as 4 advancing Nazi armies swept into the Baltic nations, Belarus, and Ukraine starting on June 22, 1941. The gas van murder of Polish Jews had begun on Dec. 8, 1941, with the victims buried in a forest at Chelmno.

Belzec was part of the larger Operation Reinhard, the German plan calling for the liquidation of Europe’s Jews. In only 9 months of operation, approximately 600,000 people would be deported and murdered there in the gas chambers, dying via asphyxiation from carbon monoxide poisoning pumped into the chambers from captured Russian tank engines.

In the first 3 months of the camp’s operation, over 80,000 were killed.  The number of victims would soon overwhelm the capacity of the camp to kill such large numbers of people, and newer and larger gas chambers would be constructed and would provide the ability for mass murder on a grand scale.

The efficiency of murder at Belzec defies comprehension. Only two people, Rudolf Reder and Chaim Hirszman, are known to have survived.

The goals of the Nazis included killing all the Jews of Europe, taking and stealing their possessions, and ultimately leaving no trace their victims had existed.  The fact that most people in the world today, and especially those who live in technologically advanced countries, have never heard of Belzec only confirms just how successful the Nazis were in their genocidal actions at that site.  How is it possible to murder 600,000 people at a fixed location in 9 months and 80 years later leave the world no clue whatsoever that such killing ever occurred there?

The train station at Birkenau has arguably become a widely recognized symbol of the Holocaust, but I would argue that Belzec is the epicenter of Nazi genocide, precisely because it remains relatively unknown, thus keeping the Nazi secret alive even today.

In 19 months, almost 1.8 million Jews were killed in those 3 death camps alone. Three men associated with the mass murder of Jews at Belzec, Sobibor and Treblinka also remain relatively unknown to most people.  Franz Stangl, Christian Wirth and Odilo Globocnik were all sent to Poland to oversee the destruction of Polish and other European Jews. They had all been active in the T-4 euthanasia killing program in Germany from 1939-1941, overseeing the deaths (by gassing) of 70,273 German mentally and physically handicapped people. There are very few books in English available about Stangl, Wirth and Globocnik, among the most lethal genocidal killers of the war.

Belzec was ultimately dismantled, and few traces of it were left. There were no memorials at the site for decades after the war. There are 33 mass graves on the hillside at the camp, as victims were buried, then exhumed and burned as the Nazis tried to hide their crimes when the war turned against them.  For years grave robbers tried to hack into the earth to find valuables belonging to the dead. Only in 2004 was a new memorial opened at the site, and the killing ground itself was covered over and consecrated.

On St. Patrick’s Day, it would be appropriate to remember those who, through no fault of their own, were targeted, deported to and killed at Belzec merely because of who they (allegedly) were. They did not have the opportunity to live out their lives in peace, and to potentially share and enjoy March 17 for what it is best known for today. It seems the very least we can do is pause, if only for a moment, and remember the hatred that made such killing possible, and re-commit ourselves to ensure that there will never be another Belzec.