Putin's Claims Distort the Meaning of World War II; His War may Repeat its Destructiveness

Peter Rutland is professor of government and the Colin and Nancy Campbell Chair for Global Issues and Democratic Thought at Wesleyan University (Middletown, Conn.). An expert in contemporary Russian nationalism, politics, and economy, he has studied Russia and the former Soviet Union for over three decades 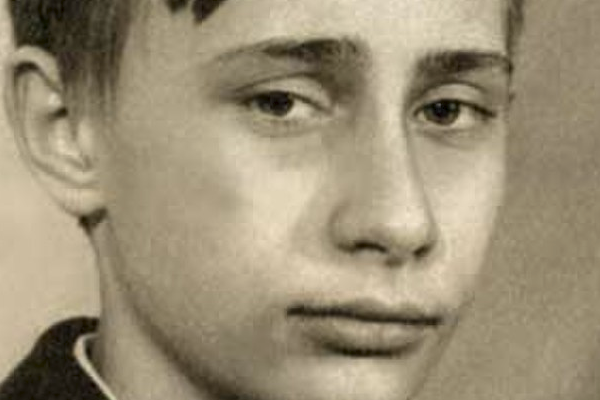 The Russian invasion of Ukraine is a turning point in history. It is also an event shaped by history.

The war is primarily the result of the tangled emotions, fears and ambitions of one man – Vladimir Putin. Everyone is trying to figure out what is going on in Putin’s mind.

It can be argued that Putin is replaying the Great Patriotic War, the tragic legacy of which shaped his childhood in 1950s Leningrad.

As the invasion began in the early hours of February 24 in Kyiv, the Ukrainian ambassador Sergiy Kyslytsya memorably said to the United Nations Security Council that “There is no purgatory for war criminals. They go straight to hell.” The next day, Kyslytsya told the Security Council “Last night was the most horrific, just imagine, for Kyiv since 1941.”

Looking back to that year is a sobering comparison. In September 1941 after weeks of fierce fighting Nazi forces occupied Kyiv. Soviet saboteurs planted explosives which destroyed much of the city center. The Nazis swiftly killed 33,800 Jews in Babi Yar, a ravine on the outskirts of Kyiv. On March 1, a Russian missile hit the Kyiv television tower that is just yards away from the Babi Yar memorial museum.

World War II looms very large in this story, for both sides.

In his February 24 speech announcing the start of the “special military operation,” Putin argued that Russians in Ukraine were facing “genocide,” and pledged the “demilitarization and de-Nazification of Ukraine.” The same argument that Ukraine was in the hands of neo-Nazi nationalists had been used by Russian propagandists during the annexation of Crimea. More broadly, over the past decade Putin has been heavily invested in promoting a narrative of Russia’s heroic role in World War II as its central contribution to world civilization.

But for most people in the West, it is Russia’s own actions – bombing Ukrainian cities and sending tank columns across the border – that recall the horrors of World War II. And Putin’s claim to be defending the rights of ethnic Russians is eerily parallel to Adolf Hitler’s rhetoric about the Sudeten Germans in 1938. Putin’s description of the Ukrainian government as “gang of drug-addicts and neo-Nazis” on February 25 echoes Hitler’s dismissal of the Soviet Union as a “Judeo-Bolshevist” conspiracy.

Many argue that the formative development in Putin’s world view was the sense of loss that he felt with the collapse of the Soviet Union in 1991, and his own feeling of powerlessness in face of the protests that he witnessed in Dresden in 1989.

There can be no doubt that those experiences transformed Putin’s political outlook. But Putin was 37 years old when the Berlin Wall came down. The emotions which are driving his ruthless assault on Ukraine today – denying its very right to exist – may have deeper roots than the political turmoil he experienced in middle age.

Born in 1952, Putin’s world view was forged by the tremendous suffering which his native city of Leningrad experienced under the Nazi siege – during which his elder brother died. Many Europeans grew up in the 1950s in the shadow of the trauma of World War II. How much more true that was for the post-war generation in the Soviet Union.

In treating the Ukrainian government as “Nazis” Putin is replaying the titanic struggle of World War II. That is the source of his moral conviction.

The problem is that Putin’s replaying of history is obscenely divorced from reality. Ukrainian President Volodymyr Zelensky is Jewish, and lost family members in the Holocaust. There are no Nazis in the Ukrainian government, and there are no more neo-Nazis in Ukraine than there are in Russia.

The Ukrainians know what they are fighting for, but the Russian soldiers very likely do not. Judging by interviews of Russian soldiers taken captive that are surfacing on social media, they were told they were on maneuvers until just hours before being sent into Ukraine. The Kremlin still insists that Russia is not fighting a war. So it is not surprising that the assault on Ukraine has progressed more slowly than Putin anticipated.

The gap between Putin’s fantasy and 21st century reality will be closed on the battlefields of Ukrainian cities.

The Russian attack on Ukraine in 2014 was the first such military action in Europe since the invasion of Czechoslovakia in 1968. This month’s assault on Ukraine means a return to the politics of fear which dominated Europe in the 20 century: fear of the death and destruction of war; fear of repression under foreign occupation; and fear of nuclear Armageddon.

This is as momentous as the September 11 attacks in 2001, or the fall of the Berlin Wall in 1989. After 1989, everyone thought that Europe – and particularly Russia – had put its bellicose past to rest. We were wrong.