Justin P. Coffey is Professor of History at Quincy University in Quincy, IL. He is the author of Spiro Agnew and the Rise of the Republican Right and is currently working on a biography of Richard M. Nixon. 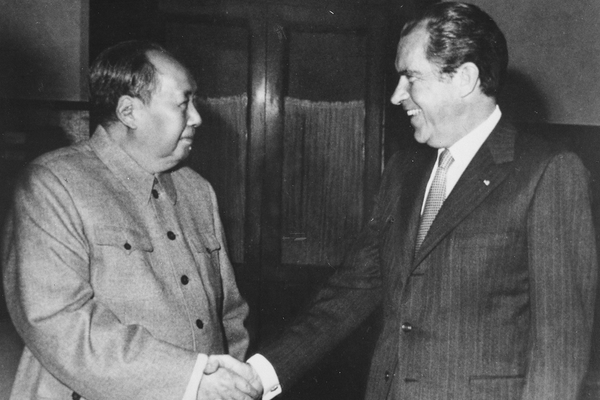 John Cena, a former wrestler turned actor, found himself enmeshed in a controversy after giving an interview to a Taiwanese television station. Promoting his new film, F9, Cena said, “Taiwan is the first country to watch Fast and Furious 9.”  Calling Taiwan a country sparked a furious backlash in mainland China, where Cena is a major star and the Fast and Furious franchise has raked in billions over the years. Cena quickly backtracked, offering a groveling and pathetic apology to the Chinese government. In an effort to appease communist China, Cena took to the social web site Weibo, and speaking in Mandarin (which he is fluent in), he issued the following statement: “I love and respect China and Chinese people. I’m very, very sorry for my mistake.”

Cena deserves condemnation for bowing to Beijing, though he’s hardly alone in doing so, but he can perhaps be forgiven for not understanding the geopolitical issue involved between China and Taiwan. Situated 100 miles south of the mainland, Taiwan’s global situation is ambiguous. In 1949 Chiang Kai-Shek and the Nationalists fled as the civil war ended and Mao’s forces took control of China. Despite the military defeat, Chiang proclaimed himself the legitimate ruler of China and denied that China had any right to rule over Taiwan. For two decades the United States accepted his claims and refused to establish ties with Mao Zedong’s People’s Republic of China.

It wasn’t until Richard Nixon went to China in February 1972 that the situation changed when Nixon abandoned America’s longtime ally. At the end Nixon’s visit the two sides issued what became known as the “Shanghai Communique.” China’s part of the statement included the following: “The Government of the People’s Republic of China is the sole legal government of China; Taiwan is a province of China which has long been returned to the motherland; the liberation of Taiwan is China’s internal affair in which no other country has the right to interfere; and all U.S. forces and military installations must be withdrawn from Taiwan.” Nixon, the man who owed his rise in politics to his fierce anti-communism, willingly went along with China’s demands. The American response in the communique was that the United States acknowledged “one China and that Taiwan is part of China.”[i]

Nixon’s betrayal of Taiwan was far worse than anything he did during the Watergate scandal. However flawed Chiang Kai-Shek may have been as a leader, he was a man who fought against Mao’s tyranny and stood loyally with the United States for decades. Taiwan was a haven for many who had fled Mao’s terror and they counted on Americans to defend the island from a communist takeover. Although not quite another Munich, Nixon’s selling out of Taiwan is a stain upon his presidency and a dark chapter in American foreign policy.

While China has never invaded Taiwan, the threat of intervention looms over the island. Today Taiwan maintains that it is in fact an independent nation while Beijing insists that it is part of the People’s Republic. Over a dozen countries, including the Vatican, have diplomatic relations with Taiwan, but the United States is not among them. That shameful fact is part of Richard Nixon’s legacy. In retrospect, his opening to China is not the success he believed it was. At some point the two nations were going to establish formal ties. The line that “Only Nixon could go to China” was perhaps correct then but one of Nixon’s successors would have done it anyway. Further, Nixon’s adulation of Chairman Mao looks worse as time has gone on. Mao’s brutal dictatorship, especially his Great Leap Forward, which one historian estimates led directly to the death of 45 million Chinese, does not make Nixon’s effusive praise of Mao look wise.[ii] His ignoring of the PRC’s appalling human rights record and willingness to forsake an old and valued friend is a blight on his presidency. A man who did much good and is far better president than he is given credit for, Nixon deserves nothing but censure for his capitulation to China and Mao.