The Settler Colonialist Frame Helps Clarify What's at Stake in the Middle East for Israelis, Palestinians, and Peace

Jeff Kolnick is a founder of the Fannie Lou Hamer National Institute on Citizenship and Democracy, and teaches history at Southwest Minnesota State University. The opinions expressed here are his own and independent of those institutions. 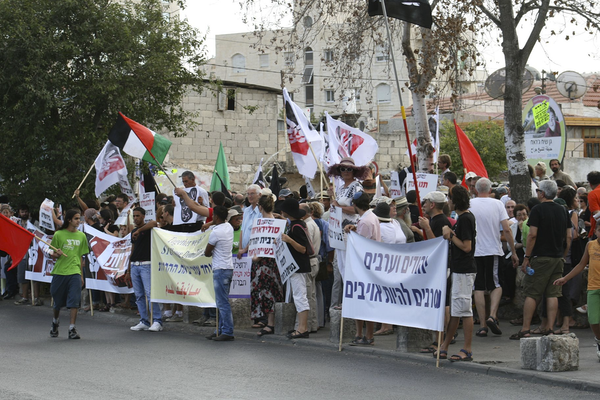 Colonialism has done immense damage in the world, and its damage is ongoing. Look around the world and consider the problems we face. In almost every case, you will see the hand of colonialism causing the problem or making it worse.

Today, we frequently hear progressive voices argue that “settler colonialism” is a helpful frame for understanding the nature of the deadly and intractable conflict in Israel and Palestine. My sense is that few people understand colonialism, let alone settler colonialism. I write here to provide some context.

For centuries, nations have crossed borders and claimed the lands of others as their own. With notable exceptions, most of this colonial activity started before the 20th century, but much of Africa, the Middle East, and Asia remained colonized until the mid to late 20th century. In our time, newer forms of international domination have emerged that are more efficient and less cumbersome than taking lands and the people on them.

Historians, and other scholars who have studied colonialism, have distinguished between multiple forms of colonialism. All types of colonialism have in common a scheme for the colonizing nation to prosper at the expense of the colonized. Another common characteristic is that colonizing nations rarely, if ever, consider the perspectives of indigenous or long-established populations in making their decisions. Almost always, local people are understood by the colonizer as inferior and dangerous, and subject to economic and sexual exploitation, religious conversion, and cultural destruction.  All too frequently, violent suppression, sometimes leading to ethnic cleansing and genocide results from colonialism.

It is common to see the words “exploitation colonialism” and “settler colonialism” as shorthand for explaining the different kinds of colonialism. The former is more common. It seeks to exploit a resource or resources from the colonized nation (commodities, a port, a canal, land, labor, etc.). In this case, few from the colonizing nation move to the colony and those that do are there primarily to carry out military or administrative functions. Frequently, privileged elements of the local population carry out much of the work of sustaining the colony. There are many classic cases of exploitation colonialism, from India to much of Africa and Asia.

Settler colonialism is less common, but its long-term impacts on the nations that experience it are profoundly felt in today’s world. Settler colonialism seeks to take the land from the original inhabitants and remove them from the area of settlement. This has almost always led to ethnic cleansing and wars of genocide. The classic cases of settler colonialism are the United States, Canada, New Zealand, Australia, South Africa, and most recently, Israel.

The Jewish people do not claim to be the original inhabitants of what is now Israel, but stake their claim on biblical accounts and the desperate need for a homeland following multiple expulsions, centuries of discrimination, decades of pogroms and anti-Semitic violence in Europe, and eventually, the Holocaust.

My own ancestors migrated to the United States and Canada in the early 20th century because Eastern Europe offered neither safety nor opportunity to them as Jews. For my grandparents and parents, the creation of the State of Israel represented a critical refuge, but just as importantly, they connected it to a significant diminishment in the anti-Semitism they experienced in their daily lives.

The development of modern Zionism, the idea of creating a Jewish homeland, has its origins in nineteenth century Europe as a response to persistent discrimination that resisted even sincere attempts at assimilation by Jewish people in Western Europe. In Eastern Europe, where many Jews lived, legal barriers to equality existed well into the 20th century and anti-Semitic violence was a constant threat.

As a result of this discrimination many Jews moved, some from Eastern Europe to Western Europe, many more to the Americas, with the US receiving the vast majority, and a small number to Palestine.[i]

It is worth noting that anti-Semitism has not gone away. Indeed, we are witnessing a resurgence in violent anti-Semitism in the US and around the world. And the recent war between Palestinians and Israel has led to a significant increase in anti-Semitic attacks in the US.

For some four hundred years before World War I, Palestine was part of the Ottoman Empire. The breakup of which after the war led to a period of British rule between 1917 and 1948. At that time, the British maintained support for a Jewish homeland in Palestine. When Israel was created in 1948, with United Nations approval, there was no Arab support, and the Palestinians never consented to the creation of Israel.

British and UN support for a Jewish State in Palestine did not seriously consider the interests or desires of Palestinian Muslims or Christians and set a foundation for a colonial conflict over the creation of the new nation. Unless this is acknowledged, the current conflict cannot be understood or resolved.

A war for independence was fought between 1948 and 1949, and hundreds of thousands of Palestinians fled in the context of war and then were denied reentry. Within a year Israel passed a series of laws claiming the property of those who left and seizing the lands and buildings of some 400-600 Palestinian villages that existed prior to the creation of Israel.

In 1967, after another war, the Israelis expanded their borders to occupy the Sinai and Gaza, the West Bank and East Jerusalem, and the Golan Heights. At first, Israeli settlements on the West Bank and in East Jerusalem, were limited. Settlements were never welcomed by Palestinians, in part because they came at the expense of land and sovereignty. But since 1980, the settlements have expanded rapidly and have left the West Bank ungovernable and not viable as part of a Palestinian state. In Gaza, the Israelis abandoned their settlements in 2005, and recreated them in the West Bank. Gaza has been under blockade since and is now an isolated, densely settled Palestinian enclave with neither control of its own borders nor access to political rights in any nation.

Since 1948, Israel has been practicing settler colonialism. Granted lands without the consent of those living on them, Israel has been a militarized nation from the start. Expanding their borders through war and conflict since its founding, many Israelis have then demonized the people who lived on the lands they took.

No people surrender lands without a struggle. In North America, armed conflict over the lands that would become the United States lasted from 1610 until the 1920s.

The decision to occupy the West Bank and blockade Gaza is an act of provocation. The expulsion of Palestinians from lands and homes on the West Bank and in East Jerusalem will always be met with resistance, sometimes violent. Israelis know this.

Over and over we hear that Israel has the right to defend itself. But the reality is that violent conflict is intrinsic to the settler-colonial enterprise. Settler societies will thus feel compelled to defend themselves against the resistance they create by forcibly taking land and removing people from their homes.

The track record of settler societies has not been good regarding justice for those who came before the settlers. Israel is going down a dangerous road with increasing speed. The chance to pull back, to establish two viable and thriving democratic states, is dwindling.

I urge all Americans to pressure our government to insist on a halt to Palestinian expulsions from any lands in East Jerusalem and the West Bank and the implementation of a plan to repatriate the lands of the occupied territories leading to the development of an independent state of Palestine.