Wayne Te Brake is Professor Emeritus of History at Purchase College, SUNY, and the author of Religious War and Religious Peace in Early Modern Europe (2017) and Making Religious Peace: Historical Perspectives on a Global Challenge (forthcoming). 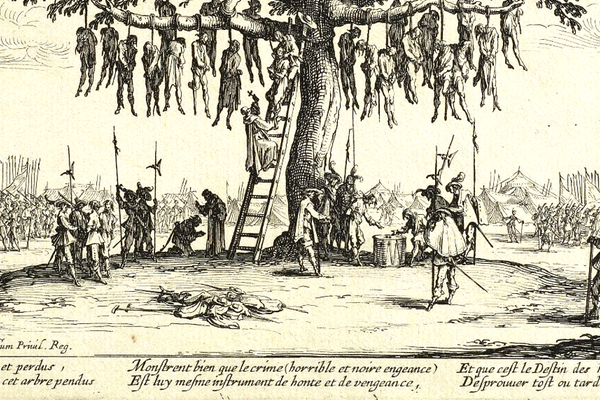 Nearly twenty years ago, on October 7, 2001, the United States, supported by a broad international coalition, started what the Bush administration called a War on Terrorism; it began with an aerial attack on Afghanistan, whose radical Islamist Taliban government had harbored those responsible for the devastating 9/11 attacks. Two weeks earlier President George W. Bush had described the coming conflict as the necessary response to “a new kind of evil. . . . This crusade, this war on terrorism is going to take a while, and the American people must be patient.”

The President’s aides quickly tempered Bush’s rhetorical impulse, insisting that this was not a “crusade” against Islam, but a defense of freedom and democracy. Still, Bush was right in at least one respect: The War on Terrorism has taken a while. At this point, we still don’t know how and when our war in Afghanistan will end, but the Taliban and “radical Islam” are still generally considered to be the principal obstacles to peace. As the Biden administration struggles with the questions of whether and how soon to withdraw the remaining US military forces from Afghanistan, it is critical to recognize the religious dimensions of our “forever war” and to accept the challenge of making religious peace possible.

The day the aerial attack on Afghanistan began, Andrew Sullivan declared, in an essay in the New York Times Magazine, “This is a Religious War,” not unlike Europe’s religious wars. As a scholar of Europe’s religious wars, I appreciated Sullivan’s sense of historical recognition, which is still useful today. The problems and enmities that underwrote Europe’s religious wars as well as the War on Terrorism were religious in the sense that the forces in conflict recurrently and often insistently identified their enemies in term of religious ideas, behaviors, or affiliations. While some observers framed the War on Terrorism as a global struggle between Islam and the (Judeo-Christian) West, Sullivan framed it as a “war of fundamentalism against faiths of all kinds that are at peace with freedom and modernity.” After twenty years of “religious” war, however, religious fundamentalism has not been defeated in Afghanistan. It’s long past time to make religious peace.

But how do we shift from prosecuting religious war to making religious peace? Here the historical analogy with the religious wars in Europe is particularly useful. During more than a century of intermittent and increasingly destructive religious wars, Europeans learned to accept and manage their religious differences, thereby establishing the foundations of modern religious pluralism. This European religious peace, which I have described as complex and messy, has since been disrupted by revolution, nationalism, authoritarianism, and world war, but so far it has survived even the mass religious migrations of the last decades without descending to the coordinated destruction of religious war.

To learn anything useful from this history, however, we must shift our focus from contentious ideas to political action. Ideas, theologies, and ideologies provide useful clues for understanding the motives and intentions of those who prosecute wars, but it is a much broader array of political actors and actions that make war and peace possible, as often as not quite unintentionally. This is because the outcomes of large historical processes – like the cycles of religious conflict, violence, war evident in early modern Europe and in the world today – are the product of contentious human interactions, which do not yield clear winners and losers. Indeed, European history shows that if the essential foundation of religious war is ideological intransigence, the essential foundation of religious peace is political compromise.

During Europe’s Age of Religious Wars, most of the wars ended with a political compromise that took the form of a truce, an edict, or a treaty. From the First National Peace (Landfrieden) in Switzerland in 1529 to the Peace of Westphalia in 1648, each of these agreements was founded on three essential principles: mutual recognition, security guarantees for all parties to the agreement, and mediation to prevent the escalation of future disagreements into the coordinated destruction of war. Many of these political compromises failed when they were not accompanied by the demilitarization of the contending religious parties, but the ones that were successful, like the Peace of Augsburg, the Edict of Nantes, the Treaties of Westphalia, earned the grudging consent of those who controlled the means of coercion and warmaking. That consent, which was invariably grudging and implicit, entailed the recognition that war was the problem, not the solution to the “problem” of religious difference and that durable religious coexistence or diversity was the necessary condition for a more peaceful future.

Formal peace agreements can end wars – what we might call negative peace – but they do not suddenly create new, more peaceful conditions on the ground – which we might consider positive peace, or that which makes peace much more than the absence of war. The durable forms of religious coexistence that were the foundation of Europe’s religious peace emerged prior to, survived during, and were already firmly in place at the end of the military conflicts. And they had been created by a motley crew of political actors: often intolerant rulers and frequently dissenting subjects as well as competing claimants to religious authority and external allies and enemies. What the peace settlements did was to validate diversity that already existed for some time and then, over time, to protect that diversity in law and political institutions, both for groups and individuals.

In early modern Europe, the religious diversity that many considered problematic or even unacceptable was the legacy of a long-term process of religious fragmentation or pluralization within Christianity that began with the Reformation and was consummated by the permanent diminution of papal power. Thus, their religious wars did not represent a global struggle between Protestantism and Catholicism but were a myriad of struggles among fragmented communities of Christians and the ethnicities and political formations affiliated with them.

Similarly, in our current cycle of religious violence and war, in the Middle East, North Africa, and South Asia, and in Afghanistan, in particular, the religious diversity that many consider problematic or even unacceptable is the legacy of a long-term process of religious fragmentation or pluralization within Islam that began with religious fundamentalist criticisms of the Ottoman Empire in the eighteenth century and was consummated by the abolition of the Ottoman caliphate in 1924. Thus, the religious struggle in Afghanistan is not merely an echo of a global struggle between Islam and the West or between fundamentalism and more tolerant faiths, but a local struggle among many fragmented communities of Muslims and the ethnicities and political associations affiliated with them, including the Taliban and the current Afghan government.

Without recognition of the religious dimensions of the conflict and explicit protection of religious diversity, including the fundamentalism of the Taliban, peace is likely to elude us once again. But one thing all sides need to accept, however grudgingly, is that more war will accomplish nothing.