"Freedom of the Press in Small-Town America"

Robert W. Frizzell is the author of Independent Immigrants: A Settlement of Hanoverian Germans in Western Missouri (Univ. of Missouri Press, 2007). 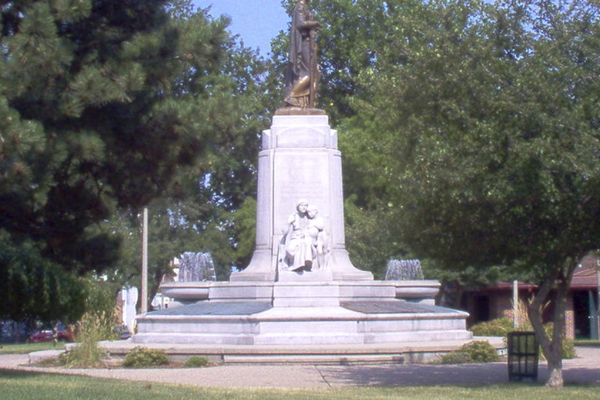 This is not a book about freedom of the press, but rather the author sees it as an example of freedom of the press. The bulk of the book consists of selected weekly columns or that ran in the Journal-Courier of Jacksonville, Illinois between November, 2009 and October, 2018. They are supplemented by pieces the author wrote for a list of friends and associates both before the start date and after the closing date. Each piece is given a short introduction. This is liberal opinion published by a conservative small-town newspaper. Steve Hochstadt is a Jew who grew up in a middle-class suburb on Long Island, New York. He taught history at Bates College in Maine before moving to Illinois College in Jacksonville in rural Illinois. The author seems surprised that he was able to publish his liberal opinions in conservative rural Illinois for nine years. Although he received written expressions of distaste, he was never verbally abused or threatened when he ventured out in this small community.

Yet, at the same time, he admits that he was “naïve” in supposing that he could change public opinion by stating a few facts each week in the newspaper. That does not seem to have worked. Morgan County, of which Jacksonville is the county seat, voted 62 to 65 percent Republican for president in every election 2004-2020, with one exception. In 2008, John McCain carried Morgan County by less than one per cent. I wish the author had speculated as to why.

Hochstadt did pull his punches somewhat in the published columns. The introductions and non-published pieces contain more sharply negative assessments of conservative (and Republican) policies and points of view. He also wrote rather often about non-political subjects—family holidays, gardening, dogs, the seasons, and sports figures, especially Jackie Robinson and Mohammed Ali.

The author is an honest, decent, fair-minded, generous, reasonable, and charitable man. He sees himself as an outsider in America, in part because his father as a Jew had to flee Vienna, Austria in 1938 to avoid the Nazis. He has published on the history of the Holocaust in which he, of course, lost family members. The threat of tribalism in every human society is never far from his consciousness.

He asserts that “My lifetime of opinions depends on the crapshoot of birth, the chance of geography, and the idiosyncrasies of family life.” (p. 118) How is it then, that the reviewer, of mostly German Protestant descent and raised on a financially precarious western Missouri hog farm, agrees with him on almost every topic he chooses to discuss. When Hochstadt asserts that “Political economy is what I care about.” (p. 381), and “When Republicans turn their evil eye on the poor, I get sick.” (p.214), I’m right there beside him as I am on climate change, gun control, respect for science, regulation of business, voting rights, health care, racism, anti-Zionism and the many other topics he addresses. Only in love for sports and dogs do our opinions differ. I suffered a great deal of shame for my klutziness on the school athletic field, and the family dog attacked me when I was about 12.

We do share similar experiences. I am only a single year older than Hochstadt and we are both professionally trained in history. My father, too, had to leave the world he loved best as economic trends forced him off his small family farm when I was in high school. So I, too, have been the skeptical outsider when listening to American corporate capitalism’s promises of plenty. We both faced the Vietnam era draft, although I was drafted, and he escaped with a high lottery number. Yet all this is not enough to satisfactorily explain our political similarity—not enough for me nor for the reader either, one suspects.

Reading this book allows one to review many of the most common political concerns liberals have had over the last dozen years. One likes to have one’s point of view reinforced. But I cannot share the author’s optimism about amelioration. Wish that I could!

Still, in this age of extreme political partisanship, one enjoys reading the musings of such a thoughtful and decent man—even one of firm political opinions.