Israel as Palestine: One State is Not the Solution, It’s Reality 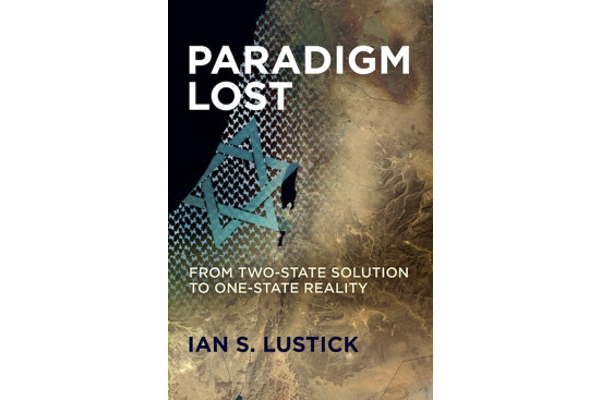 In my years as a graduate student at Berkeley in the early 1970s I was a member of a group of idealistic and eccentric Jewish students known as the Radical Jewish Union.  We were directly involved in struggles to save Soviet Jewry, resist the draft, convince Jewish welfare federations to direct more funds to Jewish education, revive Jewish cultural and artistic traditions, fight anti-Semitism, and encourage Israel to move in progressive directions.

In 1972 I wrote an article in the group’s newspaper, The Jewish Radical, announcing formation of a petition campaign to be called “Yaish Breira” (in Hebrew, “There is an alternative.”) We published and energetically distributed a petition calling on the Israeli government to stop settling Jews in the West Bank and accept the establishment of a non-belligerent Palestinian state alongside Israel in the West Bank and Gaza Strip. In my article I argued that if settlement of the West Bank continued political forces would arise in Israel that would make future withdrawal impossible, thereby “locking the Jewish state in a political dungeon from which it would never escape.”  At that time there were fewer than 2000 West Bank settlers outside of expanded East Jerusalem. Now there are nearly 400,000. The half dozen activists who were the core of Yaish Breira (most of whom moved to Israel, and are still living there), were liberal Zionists.  We were desperate to protect a democratic Israel from irredentist expansion that would mean repression, discrimination, and the prevention of Palestinian self-determination.

This was the still avoidable catastrophe that obsessed us and drove us to reach out to Jewish activists all over the world. Committed to keeping the “dirty laundry” of conflict among Jews from being seen by the gentiles, we wrote and spoke only in Jewish publications and in Jewish events.  At that time there was very little awareness of the phenomenon of Jewish settlement of the West Bank and the immense implications of that settlement for the options Israelis and Palestinians would have in the future. Even figures who would eventually become leaders of the peace movement, such as Colonel Morele Bar-On and Rabbi Arthur Hertzberg, criticized our efforts.  It was ridiculous, they claimed, to imagine that settlements would ever amount to anything of political significance.

We were regularly harassed and insulted as “self-hating Jews,” “anti-Semites,” and even “Nazis.”  I was even fired from my part-time job as a Hebrew-school teacher.  Nevertheless, we collected over 400 signatures from Jewish activists in fourteen countries.  In 1973 we submitted our petition to the Golda Meir government, which completely ignored us.

West Bank Palestinians, however, took notice.  Shortly before the 1973 war erupted, the front page of one Arabic newspaper in Jerusalem—Sout al-Jamaheir-- featured a long article about our petition with the excited headline that there were actually Jews who opposed settlements in the West Bank and favored establishment of a Palestinian state.

Times change and so do majority opinions. After decades of delay and continued settlement activity, most Israelis did accept our argument that West Bank settlements posed a dire threat to the only negotiated solution to the conflict--a Palestinian state in the West Bank and Gaza Strip.  Unfortunately, however, no government in Israel acted decisively enough or soon enough to make that vision a reality.   For almost a decade now, there has been no real possibility of achieving it, even though it remains convenient for Americans, Israelis, and some Palestinians to pretend otherwise. It is for saying that, for saying that I no longer support the two-state solution, that I am now denounced as an anti-Semite and self-hating Jew.

It used to be that Israel, after 1967, was a state within the boundaries established after the 1948 war, temporarily “occupying” other territories, not in the state, that could have been a Palestinian state.  No more. One out of eleven Jewish Israelis live in the territories captured in 1967 that Israel calls “Judea, Samaria, and East Jerusalem.”  There are no Israeli Jews living in the Gaza Strip, but the two million inhabitants of that ghettoized region are for all intents and purposes also ruled by the policies and power of Israeli governments.  The state of Israel collects taxes from Gazans, regulates their trade, controls entry and exit, and determines whose homes and whose lives will or will not be protected from destruction (the fundamental function of a state). Even official Israeli maps depict no international borders separating “Israel” from Palestinian enclaves or from the Gaza Strip.  If Israel leaves much for Hamas to do in Gaza, and something for the Palestinian Authority to do in the West Bank, so too do Palestinian organizations operate in Israeli prison yards without thereby removing them from the state of Israel.

The two-state solution is no longer a viable political objective or a practical, useful plan for thinking about the problem. Officially, however, it is still honored, even by those who privately know the truth.  It is, in effect, a “Dead Solution Walking.”  But because one state controls the entire territory between the Mediterranean Sea and the Jordan River does not mean we have witnessed the coming of the one-state solution. What we have is a one-state reality.

The future, and with it prospects for peace and a better set of problems than those afflicting Jews and Palestinians today, will not be determined by renewed diplomacy or negotiations.  The diplomatic merry-go-round may continue to turn, but as all merry-go-rounds, its purpose is simply to keep turning, not to go anywhere.  Instead the future will be determined by long struggles to change the one state, Israel, that has united the entire country.  This will mean what it did for freed black slaves in the Unites States, for non-whites in apartheid South Africa, for Irish Catholics in nineteenth century Britain, and for women in all western industrialized countries: generations of conflict and shifting alliances that transform limited democracies by incorporating formerly excluded populations thereby ending, or at least greatly reducing, discrimination and inequality.  In this way, eventually, all those whose lives are subject to the power of the Israeli state, Jews in the Galilee, Arabs in Gaza, Jews in the West Bank, and Arabs in Haifa, will have equal rights and equal representation in the government that governs them.

In other words, the struggle for peace between Israel and the Palestinians has been replaced by struggles, likely to take generations, for the equalityof Jews and Arabs within the state now known as Israel.