Cinderella, Whose History Goes Back to the First Century, Is Still a Delight, Glass Slippers and All 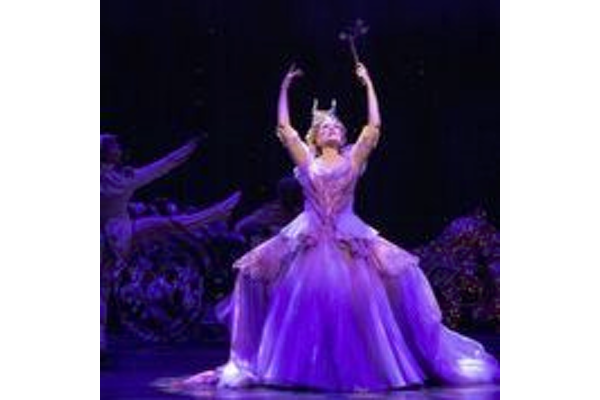 Who does not know the story of Cinderella, one of the world’s most beloved fairy tales?

The story:  Lovable peasant girl Cinderella’s evil step mother treats her very poorly while showering love and affection on her two idiot sisters. The Fairy Godmother arrives, gets CInderella dressed to kill and sends her off to the Prince’s Ball in glittering glass slippers, a wonderful carriage and instructions to leave the ball by midnight because that is when her lovely carriage turns into a pumpkin. At the ball, she meets the incredibly good looking Prince and they fall madly in love but, OMG, she did not tell him her name (or Facebook page). She has to flee at midnight and, running away, leaves a glass slipper behind. The love-sick Prince tours the Kingdom looking for the owner of the slipper. He puts the shoe on the feet of hundreds of young women (all hopelessly pathetic) and then finds Cinderella. The slipper fits. They get married, feed the hungry, house the homeless and fix the Kingdom’s economy (all of this in two minutes) and live happily ever after.

The latest version of Cinderella is a revised version of a 1957 television play with music and lyrics by Richard Rodgers and Oscar Hammerstein. It was based on the 1950 Walt Disney animated film of the fairy tale. This new version opened Sunday at the Paper Mill Playhouse, in Millburn, N.J and it is as wonderful as musicals about good looking Princes and lost Princesses can be. The new play features superb acting, memorable choreography, very good music and one crackerjack Fairy Godmother.

I went to the Paper Mill Playhouse thinking to myself that the play was going to be mediocre at best. Throughout my life I have seen most of the Cinderella plays and movies. What could possibly be left?

Well, I was hooked from the first moment of the play, when adorable peasant girl Cinderella wanders through the woods and, what ho!, accidentally meets the Prince. He likes her right away, despite her peasant girl status on the Kingdom social rung. He continually loses her though (should have paid the extra for caller ID).

Then we meet the God awful step mother, a real social climbing shrew. She makes Cinderella do all of the dirty work in the household while the other two daughters relax. For them life is fun, fun, fun, while for Cinderella it is work, work, work.

The stepmother prods the two sisters to go a ball the Prince is throwing to find a wife... They are outrageous and make total fools of themselves at the ball, as does everybody there except, of course, Cinderella. At times, the way the women converge on the Prince is like The Bachelor television show.

Anyway, as you all know, the slipper is dropped and the biggest woman hunt in fairy tale history follows. The scene where the Prince gives up after trying the slipper on hundreds of women is wonderful. The Cinderella slowly steps out of the crowd and he slips the slipper on her easily. All the other women groan.

Every generation has its own take on Cinderella. This one is pretty heavy on the woes of working class Americans, the problems of families, the inexperienced Prince ignoring his trusted advisor on the issues and making his own, wise, decision. There is a lot of material on insanely jealous women and how they act, but let’s not go there.

The Kingdom long ago was not much different from the U.S., or any other country, today. All the Prince really needed was a good wide screen TV, an I-Phone and some Taylor Swift CDs.

Mark Hoebee does a sensational job as director. He brings back the old fairy tale, but adds lots of new wrinkles, too. He gets fine work from his cast.  Ashley Blanchet is a revelation as Cinderella. She plays the role wonderfully and has a majestic singing voice. Her marvelous Prince is well played by the equally talented Billy Harrigan Tighe. Other fine performances are from Michael Wayne Wordly as the Prince’s audacious advisor,  Donna English as the stepmother and Rose Hemingway and Angel Lin as the step daughters.

One of the reasons the musical succeeds is the spritely choreography of Joann M. Hunter. It is just dazzling.

Cinderella is not only one of the world’s most beloved fairy tales, but one of the oldest. There are debates about when and where the story was invented, but it narrows down to two places.

The tale seemed to have first appeared in Egypt around 100 A.D. That story featured a lost Greek girl who stumbled into a party hosted by the Pharaoh. Some of the Cinderella elements – bad parents and foolish sisters, were in it. The next version was produced around 700 A.D. in the T’And dynasty in China. It, too, had some of the later elements of the story. Between 100 A.D. and the late 17th century there were over 300 Cinderella type stories in dozens of countries. In one, poor CIndy had to eat her big toe (uggh!).

The popular Cinderella tale that we all know and love, called Cendrillon, was written by Frenchman Charles Perrault in 1697. It had the mean stepmom the two dolt sisters, the charming Prince, carriage and slippers. It stood for centuries. Walt Disney came along in 1950 with probably the most successful Cinderella tale as an animated film. It did well in theaters and then was shown over and over again on Disney’s television shows. It cemented the Cinderella legend. Over the last twenty years there have been a few more live action films about Cinderella. This latest show has a brand new book, very up to date, by Douglas Carter Beane.