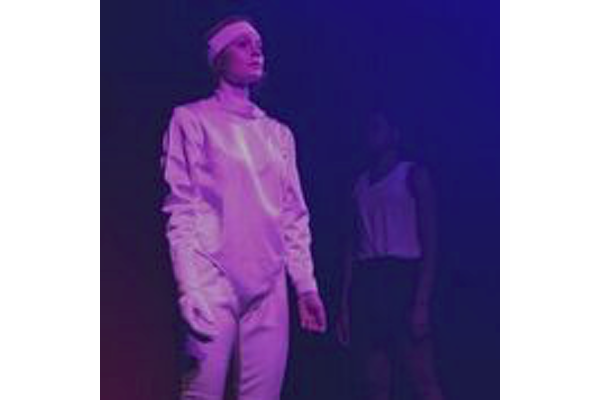 If you mention the 1936 Olympic games in Berlin to most people, their eyes will light up and they will tell you two things – 1) it was the games that celebrated Adolf Hitler’s Nazi rule and 2) it was the games where American track superstar Jesse Owens won four Gold medals. Lost in all the historical hoopla over those games, with their enormous red sea of German flags, was the harrowing story of young fencer Helene Mayer, the only Jew on the German squad, whom Hitler’s Nazis practically begged to join the team. She became a footnote to history, a footnote with a sword.

Helene, born in 1910 outside of Frankfurt, was one of the greatest fencers to ever live, a woman named to the top 100 Women Athletes of the 20thcentury by Sports Illustratedmagazine. She was defeating boys at 10 and at just 13 won the first of her six German national championships.

She stumbled into the spotlight in 1936. Not only did the International Olympic Committee threatened to pull its Games out of Berlin if there were no Jews on the German squad, but the United States threatened to boycott the games if no German Jews were in it.

Hitler, who had promised Germany a “Jew free” Olympics, under enormous pressure, was forced to relent and Helen was invited to try out for the fencing squad. She made the team, the only Jew on the entire German squad.

The fascinating story of the fencer is told in a fascinating play, Games, by Henry Naylor, that is running at the Soho Playhouse, 15 Van Dam Street, in New York. It is a must see not just for athletic fans, but for anybody. It is a story of Helene determination to represent her country and win a Gold Medal while at the same time shouting out her Jewishness to the world in the face of Der Fuehrer.

Naylor impressive play stars two women, Lindsay Ryan as Mayer and Renita Lewis as Jewish high jumper Gretel  Bergmann, who was also invited to try out but did not make the German team. Both give devastating portrayals of the two women athletes who found themselves standing in the vortex of history that summer in 1936.

The play opens with Helene waving her (invisible) sword at the audience and yelling “En Garde!” Then it goes bac to her childhood and explains how her wealthy doctor a Jew, married her Lutheran mother. The doctor got her into a fencing academy as a child and she came world renown. In addition to her six German fencing championships, she won nine U.S. championships, the world championship in 1937 and am Olympic Gold medal in 1928 and two silver medals later.

She fled the Nazis in 1935 and worked at Mills College, in California. While in the U.S., her father died and the Olympics approached again. She knew that she was in for a political whirlwind if she accepted the Nazi invite to try out for the team, but did so anyway. She had insisted throughout her life that fencing, all sports, were above politics and that she had to go to the Berlin Olympics for that reason. She rarely talked about the Jewish discrimination in Germany, even though it affected her directly and, later, resulted in numerous members of her family being put in Nazi labor camps and a concentration camp. She was criticized for not taking a stand against the Nazis by many Jews, but never wavered from her non-political stand. She was also criticized later for giving the arm out and up Nazi salute and shouting “Heil Hitler!” as all the German winners did, when she accepted her Silver Medal.

The playwright tells her story neatly but, at the same time, tells the equally intriguing story of high jumper Bergmann, who, like Mayer, lost her athletic German sports affiliations and was forced to flee the country and live in London, where she set world records in her sport. Telling both stories shows that Mayer was not singled out. To Hitler, she, like Bergmann, was just another miserable Jew whom he needed on his team to keep his much sought-after Olympics in Berlin.

The play is so strong because playwright Naylor shows that all of the terrible things that happened to Mayer because she was a Jew happened to all the other Jews in Germany, too. Her story is representative of all their stories, sad as they were.

The play’s director, Darren Lee Cole, does a fine job of making the two-actress play seem like a story that is unfolding all over the world as you watch the drama in the small theater. He also does good work in keeping the two actresses focused on their roles.

Did Helene’s participation in the 1936 Olympic Games ease the hatred of Jews by Hitler and millions of Germans? Of course not. He murdered six million of Jews. One of the reasons Games resonates today is that ever since those long-ago Olympics in 1936 Jews have faced constant discrimination and persecution, unfairly so, and face it today, too. When is there a night on television when there is not coverage of some idiot painting a swastika on some building?

One note: as patrons are being seated, the theater plays old German songs for a good twenty minutes. They make you shiver, just shiver.

PRODUCTION: The play is produced by the Soho Playhouse. Sets: Carter Ford.  The play is directed by Darren Lee Cole. It runs through November 24.