We Must Not Grow Numb To The Yazidi Genocide 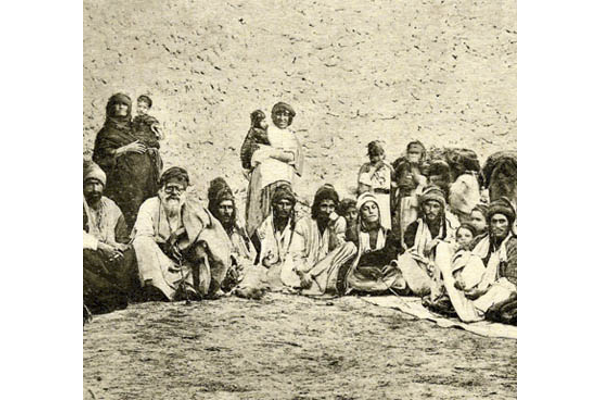 Yazidis on the mountain of Sinjar, Iraqi–Syrian border, 1920s

A few week ago, I had an opportunity to meet with six members of the Yazidi community, including journalists and activists. I must admit that although I knew and was very shaken when I first learned about the horrifying attack by ISIS on the Yazidi community in Sinjar, Iraq, listening to their account of what actually happened still stunned me beyond description.

What was just as shocking and deeply disturbing is the fact that the international community has remained largely numb to the genocide that was perpetrated by ISIS starting in August 2014 against this uniquely peaceful and caring community. More than five years later, the Yazidis still suffer from the horror of those tragic events, which will continue haunt them as long as there are no specific plans by the Iraqi government and the international community to bring their plight to a humanely satisfactory conclusion.

To put the story of the Yazidis in context, a brief background is in order. The name Yazidi comes from the Middle Persian Yazad, which simply means “divine being.” They share many aspects of Christianity and Islam. Their supreme being is known as Xwedê, who is beyond worldly affairs and is not prayed to directly. They have their own language and culture, and their centuries-old religion is among the oldest monotheistic pre-Abrahamic faiths.

Despite centuries of persecution, the Yazidis have never forsaken their faith, which only attests to their remarkable sense of identity and strength of character. They are not well known globally; their resources are limited, and their political influence is negligible.

During the assault on Sinjar in 2014 by ISIS, the Yazidis were targeted with mass killing and forcible transfer. It is estimated that between 5,000-10,000 men and boys were executed in the immediate aftermath of the attack, which is tantamount to genocide. Nearly 7,000 women and children were abducted and sold as slaves, and subjected to torture and sexual violence, while hundreds of thousands fled. More than 70 mass graves have been discovered in the region. Moreover, ISIS obliterated the agricultural resources of many rural communities, destroying wells, orchards, and infrastructure to prevent the Yazidis’ return to their homeland.

What is especially worrisome is that there remain ISIS sleeper cells who will be ready to strike again, especially now in the aftermath of the Turkish invasion of the Kurdish territory in Syria, which led to the release and/or escape of thousands of ISIS prisoners. ISIS’ objective in the area was and still is the extermination of the Yazidis, among other ethnic and religious groups.

The most affected group resulting from the unfathomable atrocities by ISIS are young Yazidi boys and girls who are suffering from untreated psychological trauma, which is further aggravated by the continuing hopelessness and despair. It is estimated that there are more than 300,000 Yazidis still living in emergency camps under terrible conditions that remain just as bad as they were during their first few weeks of exile.

Particularly painful is the fact that hundreds of freed Yazidi women now face the stigma of bearing children fathered by ISIS fighters as a result of rape while in captivity. These women face banishment from their home community and their children born from non-Yazidi fathers will grow up with no sense of belonging, as they have no place among them. They will become increasingly vulnerable and an easy prey to be recruited by extremist groups.

Back in Sinjar, however, sporadic violence continues, reconstruction work has slowed down considerably, and drinking water for schools and hospitals is scarce. One of the biggest problems is the presence of the Popular Mobilization Unit (PMU), an Iraqi government-sanctioned paramilitary force backed by Iran. The force is predominantly Shiite; they are as dangerous as ISIS and the Yazidis in the area are terrified that if PMU ends up taking over the entire area, the condition of the Yazidis and ultimately their fate will be even worse. Maria Fantappie, the senior advisor on Iraq at the International Crisis Group, said that “Despite having been freed from ISIS presence… the region de facto remains an occupied district where competing Iraqi and foreign agendas play out by coopting Yazidis into rival armed groups.”

Regardless of their outcry for help and continued suffering, the international community is not providing the necessary financial aid to rebuild the Yazidis’ homes and villages. They try desperately to make their case known to whomever they can talk to, especially passing journalists who can spread the word about their unbearable condition.

There are those who suggest that the Yazidis will be better off moving to other countries because Iraq is not safe and much of their land is occupied by various militias, which obviously is not the answer. Most Yazidis want to go back to their homeland where they lived and died for millennia.

The 2018 Nobel Peace Prize co-winner Nadia Murad, who was recognized for her efforts to end sexual violence, stated: “We suffered but didn’t give up. We were not helped and rescued when ISIS attacked, but I hope this recognition means that the international community will help us recover from this genocide and will prevent such attacks against other communities like us in the future.”

There are a number of measures that must be taken immediately to prevent further displacement and deprivation which the Yazidis have endured so painfully. The media campaign that began at the fifth anniversary—#DoNotForgetUs—designed to draw international attention has thus far produced limited results. Nevertheless, this campaign must continue and be supported by the EU and the US.

Western powers along with the Iraqi government should initially provide a relatively small amount of $250 million, which can go a long way to begin the process of rehabilitation. The US should assume greater responsibility for the plight of the Yazidis, as the rise of ISIS is a horrific byproduct of the ill-fated Iraq war.

The US, with the support of European powers, should push the UN to establish better monitoring for early warning signs of impending atrocities, and preserve evidence of the Yazidis’ genocide, which will be critically important for prosecuting ISIS fighters for their unspeakable crimes. In addition, mass graves should be exhumed by a special UN contingency to identify some of the victims and push for the creation of an international tribunal to put on trial many high-ranking ISIS commanders and charge them with crimes against humanity.

As long as ISIS and other militias continue to operate in the area, the Iraqi government should fund the recruitment of locals to form a regional security force. This local force will have a vested interest in protecting their areas, and it should be bolstered by a fairly small US and EU military force to be based in Sinjar to protect the Yazidis and allow their exiles to return home. The Iraqi government must also bear a special responsibility to restore some normalcy by appropriating the necessary funding for rebuilding schools, hospitals, and infrastructure, and return services to Sinjar.

Having suffered atrocities of such magnitude with little help from the outside to come to their rescue, the Yazidis, for good reason, no longer trust anyone as they feel betrayed and abandoned to the mercy of ISIS. It is critical then to begin a process of reconciliation that would allow for the nurturing of trust, which gradually can be realized if the above measures are in fact implemented in good faith.