1600s Verona: Romeo, Juliet, and A Romantic Tragedy for the Ages 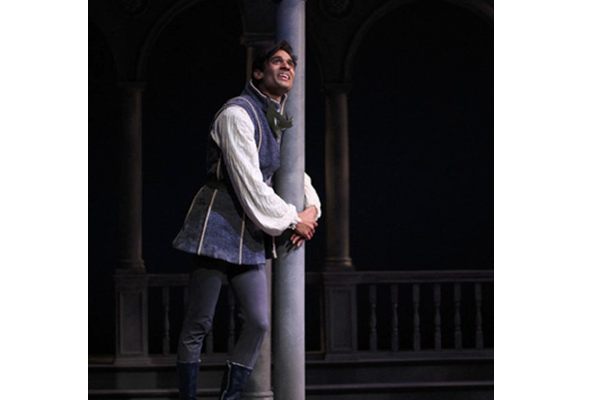 I’m 14 (going on 40) and they all say I need to make better choices in men.  I am single. I’m looking for a man my age. I like men who get unto swordfights and love talking to girls hanging off balconies.

I’m jubilant and carefree and avoid family strife (OMG, what a family I’ve got!). Love to travel. I love walking on the beach over at the Italian Riviera, a glass of wine in my hand, the Mediterranean breeze in my hair, listening to Baroque music, or sailing in yon gondola in Venice, looking up at the stars.

They say I’m witty and a good dancer, but a bit star-crossed.
’ll know my true love when I meet him, and it could be you!

Or, as I tell all my boyfriends, parting is such sweet sorrow.

Can’t write more – gotta get to the drug store.

Who has not seen a version of William Shakespeare’s Romeo and Juliet– somewhere, somehow? Thousands of productions of the play have been staged from 1600 on over the years. There has been a Broadway musical, West Side Story, that was later a hit movie. It was so popular that it is coming back to Broadway again, in December. There was a silent movie of Romeo and Juliet and more sound productions over the years. Even superstar actor Leo DeCaprio jumped into the Romeo and Juliet phenomenon, playing Romeo in a New York City street movie version of the story. There has even been a ballet, by Prokofiev, that is currently touring the country.

Yet another production of the play opened Saturday at the Shakespeare Theatre of New Jersey, at Drew University, in Madison, N.J. It is superb. Director Ian Belknap has not only staged a towering romantic tragedy, but underscored all of the drama of life in Verona and the rivalry between two powerful families, the Montagues and the Capulets. He has brought out the best in Romeo and Juliet, those famed star-crossed lovers, but also the very worst in their families. All of this make for a taut drama that swirls through old Verona as the young lovers swirl ln each other’s arms, unaware of the huge storm that is brewing around them and unaware, too, of the hatred of the families and their iron resolve to quash any union between them.

There is still family hate in the world, four hundred years after Shakespeare’s play. The best example of that  in America is the Hatfields and McCoys, of West Virginia and Kentucky, whose post Civil War animosity towards each other resulted in numerous deaths and execution. For what?

Families – people--hate each other today and for no legitimate reason. It isn’t just racial of class, as  director Belknap writes in the play’s program, but deep, deep senseless hate.

That hate envelops Romeo and Juliet and slowly starts to strangle them.

Romeo is a young, vibrant, dashing teen who falls in love with 14 year old Juliet at a party, They know their families will oppose their union but do not care because they are smitten with each other. The .

It all takes a terrible, bloody turn when Romeo, a Montague, slays Tybalt, a Capulet, on a city street in a duel. That sets off the firestorm. The Capulets want his head and the Prince banishes him from the city. He gets help form his father, who puts together a plan for an escape for Romeo and his love.

Belknap draws out Shakespeare’s characters, highlighting all of their triumphs and tragedies and paints a marvelous portrait of them on the Drew University stage. He scores well with Romeo and Juliet but gets a truly remarkable performance from Aedin Moloney as Juliet’s nurse. She is bouncy and joyous at the start of the play and then drowns in angst as the drama hurtles towards its sad conclusion.

Everybody knows the conclusion of the play. It is tragic and pointless.

At the end of the play, you sit back with a fine understanding of history too, because Shakespeare, who wrote several plays about Italian life (Two Gentlemen of Verona and  Othello among them), tells you a lot about life in Italy in the late 1500s, a time of artistic and cultural triumph. You learn about arranged marriages and youthful unions (Juliet, at just 14, in that era was not considered young for marriage).

Director Belknap has done a splendid job of bringing the play to life for modern audience, highlighting all of its nuances that link Romeo and Juliet to contemporary life. He has added a lot of tension to it, too, a tension that turns into an emotional blaze at the end.

The director gets fine performances from a talented cast. Aiden Moloney is wonderful as the nurse. Miranda Rizzolo, although tentative at times, is a fine Juliet. Other performers who do good work are  Joshua David Robinson as Mercutio, Isaac Hickox Young as Benvolio, Torsten Johnson as Tybalt, Matt Sullivan as Friar Lawrence,  Mark Elliot Wilson as Lord Capulet, and  Michael Dale as Lord Montague and  Friar John.

The star of the show is Keshav Moodliar as Romeo. He captures the play the moment he glides on to the stage. His early humorous demeanor changes as his life tumbles out of his control, starting with the murder of Tybalt. At the end he is a devoted lover to his Juliet. In the fabled balcony scene with her, he is just dazzling as he sinks to the ground and then sprawls out on it, singing his memorable praises of his true love.

Together, the ensemble has created a winning Romeo and Juliet. Many of the men are superb swordsmen, too. What’s a Shakespeare play without a good swordfight, right?

This Romeo and Juliet is a triumph. What light is beyond yonder window? It is this production.