B.Z. Khasru is editor of The Capital Express and author of “Bangladesh Liberation War, How India, U.S, China and the USSR Shaped the Outcome,” and “The Bangladesh Military Coup and the CIA Link.” His new book, “One Eleven, Minus Two: Prime Minister Hasina’s War on Yunus and America,” will be published shortly by Rupa Publications India Private Limited. 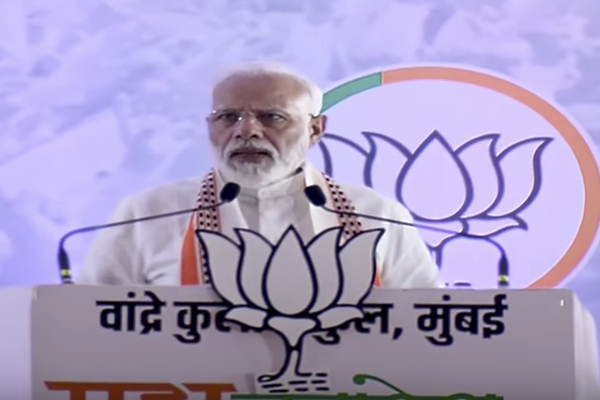 By pursuing a populist ultra-nationalist agenda, Prime Minister Narendra Modi has unwittingly validated the much-maligned “two-nation” theory that formed the rationale behind dividing British India to create Pakistan as a Muslim homeland.

His policy pits Hindus against Muslims, an unfortunate schism that all of his predecessors fought against. Seven decades after the blood-soaked partition, hyper-nationalist Modi won a landslide re-election victory in May, donning saffron-colored grab of Hindu gurus and polluting India with anti-Muslim venom.

His crown is made of two emotion-filled explosive elements: Kashmir and migration. Both share a common thread of bias against Muslims and have roots in the century-old vision of notorious Hindutva, or Hinduness, outlined in the 1920s by V. D. Savarkar, a convicted-violent-revolutionary-turned-ultra-nationalist. Savarkar, a British-trained lawyer and avowed atheist, espoused misguided ideas to deal with India's minorities, mimicking Adolf Hitler's racist solution to Germany's Jewish question and Spain's Inquisition to purge Muslims.

Since his re-election, Modi's administration has aggressively moved on both Kashmir and the alleged illegal migration from Bangladesh, which is India's most friendly neighbor. In early August, keeping local leaders in detention and deploying nearly a million security personnel in Kashmir, it abolished a decades-old law that granted Kashmiris special rights — their own flag, own laws and land rights.

Meanwhile, India's Home Minister Amit Shah, who heads Modi's hard-core nationalist Bharatiya Janata Party, or the BJP, and is widely expected to succeed him as prime minister, is pressing ahead with his agenda to deport fictitious 40 million illegal Bangladeshi migrants.

This idea has provoked a sharp backlash from Bangladesh. Home Minister Asaduzzaman Khan has dismissed the BJP assertion, noting Bangladesh's economy is at par with India's, so no one from his country's stays illegally in India. Still the matter turned acrimonious enough during Shah-Khan talks in Delhi in August to prevent them from issuing a customary joint statement.

India, nevertheless, seems determined to push ahead its agenda. It has started a campaign to round up Muslims unless they can prove they have lived in India since before 1971 when Bangladesh was born. They will be put in concentration camps, which ironically the migrants themselves are building now.

Of India's 1.3 billion people, 14 percent are Muslim. Modi's party does not target migrant Bangladeshi Hindus. But it seeks to deport Muslims, showing its anti-Islam bias. In fact, India has already deported Rohingya Muslim refugees to Burma and detained hundreds of them. Modi faced global criticism for the Muslim massacre in 2002 in his home state of Gujarat. He ruled Gujarat for 13 years before becoming prime minister in 2014.

What is most disturbing in Modi's policy is its anti-minority agenda. It is this very posture of the professedly secular Indian National Congress party and its paramount leaders — Jawaharlal Nehru and Sardar Ballavbhai Patel — that propelled British India's Muslims to demand a separate homeland. They shivered in fear that the Hindus would perpetually control the Muslims in a united India once the British left, unless there were safeguards enshrined in the constitution. Congress balked at granting special rights, and Britain created Pakistan in 1947. But problems surfaced soon afterward with semi-autonomous princely states, including Kashmir.

The picturesque Himalayan region encompasses roughly 135,000 square miles, almost Germany's size, with about 18 million people. India controls 85,000 square miles, Pakistan 33,000 and China 17,000. Both Pakistan and India claim the entire area as their own.

In 1948, after a Indo-Pak fight, India raised Kashmir in the UN Security Council, which called for a referendum on the territory's status. It asked Pakistan to withdraw troops and India to cut military presence to a minimum. A ceasefire came into force, but Pakistan refused to pull out. Kashmir has remained partitioned ever since.

Until Hindutva swept Modi to power, India assuaged minorities by pursuing a policy that emphasized national unity. In contrast, Modi began his onslaught by killing a centuries-old Muslim marriage law. Even the Mughals and the British left Indian personal law untouched. Modi voided the Muslim law, but kept similar laws for other minorities intact.

With the Reconquista Hindutva fanning up the anti-Islam flame and the Modi government taking anti-Muslim steps, any expectation that the Kashmiris — being excited by the prospect India's economic largesse — would someday vote to be part of Hindustan has been dashed farther.

To boost his re-election bid, Modi fired-up his anti-Muslim rhetoric and took the crusade to India's northeastern state of Assam, plagued by a half-century-long hate-based politics. The politics that originated with a demand to drive out non-Assamese quickly turned into anti-Bangladeshi outcry at the BJP instigation. Modi has vowed to rid the state of all the alleged Bangladeshi migrants.

Following his re-election, the National Register of Citizens, which verifies citizenship, after several flawed counts, has classified nearly two million long-term residents as non-citizens or stateless. Most of them are at the bottom of the economic ladder. India will detain them in concentration camps, much like Nazi Germany treated the Jews.

Unfortunately for the Hindutva Nazis, the citizenship count has become a boomerang. Of the two million designated non-citizens, 1.2 million unexpectedly turned out to be Hindu. Modi's followers are now crying foul, demanding a recount. The BJP had expected to find four million migrants in Assam, most of them were to be Muslim.

Assam's neighbor West Bengal, which shares a common language and a rich culture with Bangladesh, is gearing up to play political hotball against the BJP. Modi's group wants to replicate the citizenship drill in West Bengal, but Chief Minister Mamata Banarjee's leftist party has vowed to fight it. State BJP chief Dilip Ghosh, who is seeking to deport the alleged migrants, remains adamant, because the migration rhetoric is the magic wand for his party to win vote.

Ironically, while Ghosh wishes to expel them to an unnamed country — presumably Bangladesh — Modi is urging Hindus to flock to Muslim-majority Kashmir, which barred non-Kashmiris from owning land until Delhi scrapped its autonomy in August.

The BJP prescription to push more Hindus into Kashmir is intended to change the demographic balance in the restive territory of 12 million people. Some politicians have even asked young Hindu men to marry beautiful Kashmiri Muslim girls and settle down in this picturesque land at the Himalayan foothills.

Modi's arbitrary action is the mother of all these repugnant ideas. This is exactly the kind of capriciousness on the part of the overwhelming Hindu majority that British India's Muslim leaders feared most.

One of those leaders, Liaquat Ali Khan, the right-hand man of Pakistan's founder, Mohammad Ali Jinnah, articulated this concern while talking with George Merrell, then America's highest-ranking diplomat in India, on 27 December 1946. Liaquat believed that Congress was “determined to seize power without regard for Muslim rights.”

Seventy-three years later, Modi's Hindutva agenda, which calls for a Muslim-free India, has proven Liaquat right. By scraping Kashmir's status, the prime minister has taken a highly risky step toward making the misguided dream of the right-wing Hindu extremists come true and shaken up secular India.