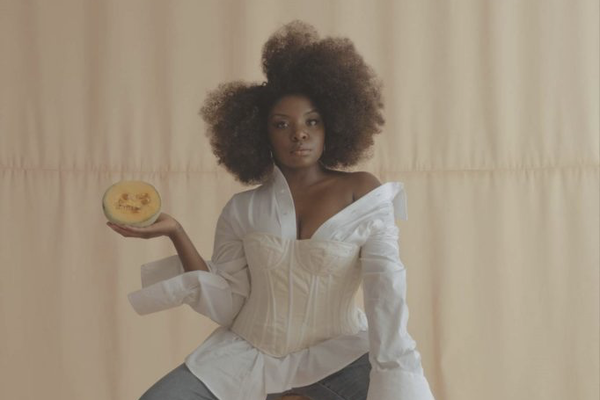 When you sit down in the Golden Theatre, W. 45th Street, in New York, you see yourself in the huge set of mirrors on the stage along with the reflection of a huge white slave plantation manor house. You are not sure what it means, but when Slave Play begins you know quickly that you are in for a night not just of looking at a drama about slavery and its aftermath, but a good long look into yourself. And it is a searing, powerful look, too.

Jeremy O. Harris’ Slave Play, that opened Sunday, is gripping, phenomenal, just sensational and a new and shaky bridge between the races, men and women and people in history.

The play starts with three vignettes from life on a Richmond, Virginia plantation in the pre-Civil War days. They are poignant and, at times wildy funny (one is about a woman slave master who sexually assaults her young, handsome male slave with a dildo but let’s not go there). The vignettes turn out to be role-playing scenes for mixed race couples at a contemporary group sex therapy session conducted by two know-it-all women psychiatrists (from Yale, from Yale, from Yale, they keep reminding you). The sex therapy session tries to help the couples understand the roles that race play in their sexual and emotional relationships.

The two psychiatrists, who really have no idea what they are doing, toss about theories that you never heard of and words that nobody understands in an effort to prove to their participants how smart they are. After a while, it is apparent that while the participants do not understand any of this, they all have a pretty good idea of the problems that confront them - but not the solutions.

Couple number one involves a black gay man, Gary, and his white partner Dustin. Oops, he is not white. He is, but he keeps telling the audience he is not (“Are you off white?” his black partner says).

The “white” partner, an actor, goes into a tirade about race and race and sex and race and emotion and then wails that because he has to live in out of the way East Harlem, he never makes it to auditions on time. That is the boundary in his intellect – at first. The second couple is tall, gorgeous, laid- back black man with an apparently older, ordinary looking white wife. They have racial troubles in their marriage but do not understand much about it, until they delve into how they got together – as a black man, white woman tryst in front of her ex-husband for racial kicks.

Couple number three is a white middle-aged man who is British. He was the first white man, and first Brit, that she slept with. They wound up getting married, but three years ago it was clear that something was missing.

Although the theme of the play is serious, and there is much heavy drama, the play is howlingly funny. The barbs and zingers never miss. My favorite moment was when one of the intellectual psychiatrists finishes a long-winded academic analysis of black and white relationships. One female participant yells out, “I just read that in the New Yorker.” It brought down the house.

By the middle of the play, much of the laughter dies off and Slave Play turns into a riveting, gut wrenching story about three mixed race couples who are mixed up. They do not understand what role race plays in their relationship, and don’t get it as men and women, either. Here is where playwright Harris skewers them, and everybody in America.  He says that the troubles of slavery so long ago did not fade with the Thirteenth Amendment, the 1964 Civil Rights Act, the protest marches in the street or the election of President Obama. They are still here for many people. It is tough for couples to shake off the shackles of slavery’s legacy and move on. The play tickles the funny bone and then, later, as it races towards its conclusion, it chokes us, literally chokes us, with its power.

Was there anything wrong with all those tens of thousands of mulatto Americans who were the result of white master/slave girl relationships, mostly by force? Oh, yes. Have the two races overcome that now, in 2019? Has America? Oh no.

The director, Robert O’Hara, does a fine job of blending in the slave days of the play with the contemporary therapy session and in keeping the individuality of the participants in the session and the two kooky psychiatrists, too. He lets all the tortured stories unfold, without letting one gain prominence over the others.

O’Hara gets fine work from an ensemble cast of remarkably skilled actors who make slavery days in America come to life and make the modern day lives of mixed-race couples scalding, too. They are Ato Blankson Wood as Gary, James Cusati –Moyer as his not so white partner, Dustin, Sullivan Jones as Phillip, Joaquina Kalukango as Kaneisha, Chalia La Tour as Tea, Irene Sofia Lucio as Patricia, Annie McNamara as Alan and Paul Alexander Nolan as Jim.

Harris’ work is one more play in the long line of artistic works that have explored race in America. Does he have the final answer to those racial problems? Not all of them. But he does tell a haunting, intriguing and troubling story. You’ll talk about it for weeks.

This is theatrical dynamite, a play that comes along once in a generation. You will laugh, clench your fists in anger, widen your eyes, grip the arms of your seat, inhale deeply and exhale even more deeply. It is savage. It is gripping. It is a triumphant and scary look at the heart of America.