Is Stonehenge a Tourist Rip-Off?

Ken West has published two books on natural burial and has spent five years researching and writing ‘My Pagan Ancestor Zuri – A Parallel Journey: Christchurch to Stonehenge’, to be published July 2019. His blog is called stonehengepensioner.com and posts contrast the present pensioner tribe with ‘Zuri’s tribe in 2200 BC. He lives in Christchurch UK with his wife Ann.

‘My Pagan Ancestor Zuri - A parallel Journey: Christchurch to Stonehenge’ is a story of two tribes, separated by 4,000 years. It begins with the sophisticated riverine culture that created Stonehenge, the first common culture or civilization in Britain. The area falls into agrarian decline only to re-emerge as a coastal retirement hotspot. 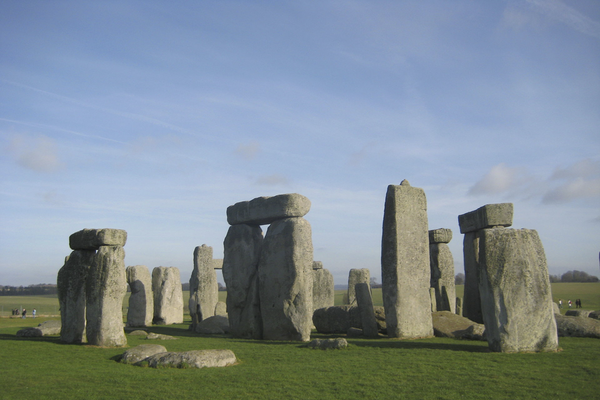 Recently, Trip Advisor called Stonehenge the eleventh worst tourist rip-off in the UK. One reviewer called it a pile of bricks in a field. The prohibition on entering or touching the stones has not helped but the invisibility of the culture that built Stonehenge also detracts from the site’s significance. Interpreting the enigmatic stones is rather like visiting a cathedral without any knowledge of Christianity.

Stonehenge sits, isolated, on a chalk down, the last stone circle to be built in Britain. Subsequent cultures littered tombs around the site. Farmers ploughed and destroyed all but a remnant of the avenue that linked the circle to the River Avon. The tribal lands were split between three counties; it is no longer the sum of its parts. Modern roads have dissected the site and compromised the archaeology. Vehicle noise overwhelms the wind soughing through the stones. In the past decade, Stonehenge has attracted far more visitors. The opening of the visitor centre by English Heritage in 2013 has stimulated much of this interest.

Prehistory, the unrecorded period before the Romans, is a challenge to us. As Christianity developed, many pagan sites were covered by churches in order to suppress pagan culture.  Archaeologists argue with each other about how and why Stonehenge was built and rarely agree. Horticulturalists can provide crucial information to help unravel Stonehenge’s mystery by examining its soil and topography.

After the Ice Age, nomadic hunter gatherers walked into Britain from Europe and roamed the country for 6000 years. In 4000 BC, Britain was an island due to rising sea levels and horticulture allowed people to settle. The adoption of horticulture is too often confused with farming. The latter requires metal implements and beasts of burden that would only later emerge. Farming utilized the fertile soils that were too heavy for manual tilling. Horticulture, however, is growing mixed crops on a small scale, specifically using manual labour. This horticultural phase demanded light soil, and the silt along the River Avon was ideal. I call this area Avonlands, and a culture developed there. Stonehenge is the proof of their success.

Merely a hunting zone for 6000 years, Avonlands offered advantages unparalleled in Britain as horticulture began. The river, 60 miles long, linked the tribal area to the sea and provided a highway when land was difficult to cross. At the sea end, coastal trading routes were extended east to continental Europe and west to Eire and the Scottish Isles. The river is slow moving and without rapids, ideal for log boats, and has the highest number of species in any UK river. It had annual salmon runs that  continued  until the 1950’s when the number and weight of fish severely declined. Similarly, sturgeon runs were once strong but have since disappeared. As a chalk river, the Avon contained very high levels of calcium. Two litres of water each day from the river provide 50% of human calcium needs. The skeletons found locally have large, strong bones. Some display severe bone breaks which healed. The river’s calcium content may be why Stonehenge was identified as a healing centre.

The Avon headwaters rise on chalk downs to the north of Stonehenge. The river meanders past the circle and down to the sea at Christchurch. It is a slow river, which means it rarely floods. When it does, usually in winter, floods last just two to four days. That inundation deposits fresh silt and a host of vegetative matter on the land alongside the river, maintaining the soil’s fertility. We call this water-meadow and it rarely experiences drought. Reeds grow in the wetter areas.

The horticulturalists’ tools were basic including antler picks and flint axes. Flint is found in chalk. In flint mines to the east, it was found as dinner plate sized nodules that were extensively traded. Wood and bone were also used to create tools.

The people grew grain. As a stored food it removed the jeopardy of winter. They increased their stock of cattle and pigs, the latter being the most prominent meat in feasts. Because pigs eat human faeces,   this reduced the incidence of disease and gut worms. Unlike cattle, pigs feed in woodlands, especially on autumn crops of acorns.

These horticulturalists still foraged, hunted and fished. They used the river, water-meadows, sea, marshes and wildwood. They cropped bespoke wood for their huts through coppicing and pollarding. Cutting thin wood was relatively easy using a flint axe whilst felling a tree was onerous. They thatched their huts using local reed, still in use today. A dry hut was a health advantage when most people were restricted to leaking grass and heather roofs. Significantly, they operated an economy based on the production and use of these materials. The true measure of their success was a food surplus. Only with this could they spend months each year, for 500 years, building an increasingly complex temple to their horticultural gods.

Stonehenge is a barometer for this culture, the first in Britain. They began with a single circle of unworked bluestones in 3000 BC. These stones were floated or dragged from South Wales, over 140 miles away. Subsequent remodelling reflects greater resources in food and people. They hauled 80 sarson stones 20 miles to Stonehenge, each weighing up to 50 tonnes. The final building phase ended in 2500 BC with the hand shaped stones and lintels we see today. This remodelling suggests a changing relationship with the gods that the people believed gave them their horticultural success.

Avonlands had too few water meadows to maintain a growing population. With the introduction of metal, horticulture was replaced with the expansion of farming across Britain. An outmoded Stonehenge fascinated the Romans only to be damned by its pagan ancestry for the next 2000 years. If Stonehenge is to be restored to its rightful heritage then it must be reengaged with the River Avon and its tribal lands. Only then can we interpret the astounding achievement of these prehistoric people.

For more by this author, check out their new book: 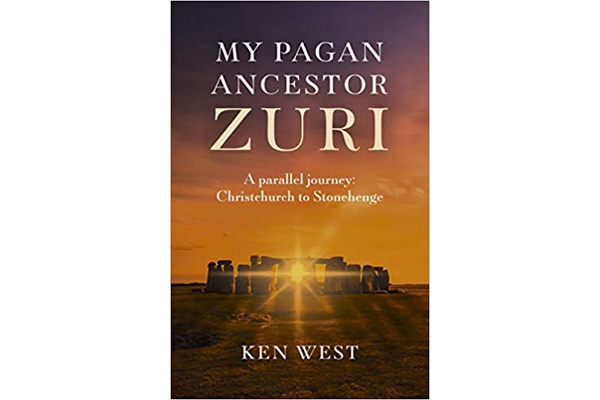