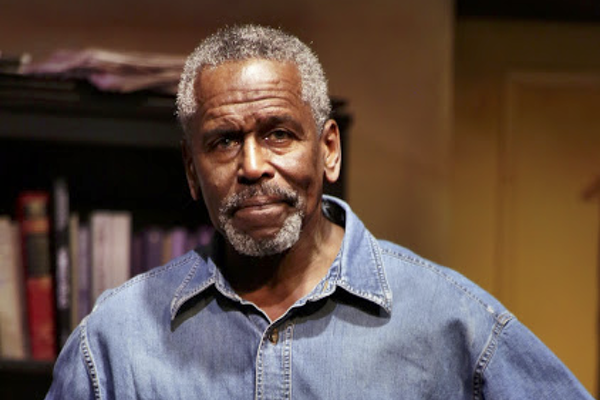 LeRoi Jones (he later changed his name to Amiri Baraka) was one of the most controversial playwrights and poets in American history. He wrote the plays Dutchman, Black Mass, Home on the Range and the Police, among others, dozens of books of poems, plus fiction and non-fiction works. He gave hundreds of talks on writing and Civil Rights across the country and befriended Martin Luther King Jr., Jesse Jackson, Andrew Young and numerous other African-American leaders of the 1960s and 1970s. He was famous for his stand on black nationalism, but infamous, too, for that stand and his anti-Semitic essays and comments. Many people loved him and many people hated him. He was a lightning rod of emotions for Americans during a turbulent era.

His story is now being told in the play Looking for LeRoy, by Larry Muhammad, at the New Federal Theater’s Castillo Theater at 543 W. 42d Street, in New York, where it opened Saturday. It is a searing, strident and alarming play about a racial rabble rouser and yet, at the same time, a very deep, warm and rich play about a man looking back on his life and talking about what he did and what he did not do.

Playwright Muhammad smartly wrote it as a two man play, using the character of Baraka and adding a fictitious young intern. Taj, who serves as both friend and enemy of the playwright, letting Baraka bask in his glory at some points and forcing him to confront severe charges against him over the years from both black and white audiences at others.

Director Petronia Paley has done a superb job of taking a tight two men play and working it so that you see a whole nation of trouble and a landscape of characters alongside Amiri and Taj at the same time.

Baraka, who died in 2014, was a very complicated man. He was a playwright, poet, speaker and in many ways, the conscience of black America. Kim Sullivan, a highly skilled actor, plays him exactly that way. In some scenes he smiles and nods his head knowingly while discussing some well-remembered moments in his life and at others he flies into a rage, stomping about the stage as he remembers other, not-so-fine moments.

His counterpart, Taj, is played with enormous energy by the talented Tyler Fauntleroy, who is an emotional whirlwind on stage. The battles between the writer and intern are wondrous to behold in the gorgeous set by Chris Cumberbatch that serves as Baraka’s apartment.

The play is split int two sections. In the first, the young, headstrong intern who had met Baraka several times years ago, sees him as a celebrity. In the second, Taj, angrier as his internship goes on, becomes Baraka’s enemy and grills him like he was a one-man Congressional Committee.

The first section is good, but, like many plays, it starts off very slowly. As the two men spar over Baraka’s view of the theater, and race, though, it starts to sizzle. The second section is even better because the intern confronts Baraka on not only his work, but his life. Many people charged that as Baraka moved more into politics his writing suffered and Taj hammers him on that. He continually sticks intellectual pins into him and the playwright winces.

The play has its problems. It starts slowly and never really explains how famous Amiri Baraka was (sort of like Spike Lee today). Playwright Muhammad also holds his fire and does not present the very outspoken Baraka, despised by so many, until the last twenty minutes of the play, when some of the playwrights withering language is used. That portrait of the playwright should have come much sooner.

There are also too brief references to important things. Baraka’s enthusiastic support for Kenneth Gibson in his successful drive to become Newark, New Jersey’s first black Mayor, aided substantially by Baraka, is glossed over in a few seconds, as was the Presidency of Barrack Obama and the playwright’s lengthy duels with members of the Jewish faith (he was fired as New Jersey’s poet laureate over anti-Semitic writings).

These are small criticisms, though. Looking for LeRoy is an impressive look at a provocative writer and electric speaker.

Amiri Baraka would love this play if he was around to see it, although he probably would have insisted on a few more protest posters, louder microphones and a few books about his friend Malcolm X on his coffee table.