5 things to know about Guantanamo Bay on its 115th birthday

The naval base at Guantanamo Bay is quietly commemorating its 115th anniversary.

On Dec. 10, 1903, the United States established its first overseas military base on 45 square miles of Cuban territory.

But there’s much more to this naval base than its use as an offshore prison, as I documented in my book, “Guantánamo A Working-Class History between Empire and Revolution.”

The United States intervened in Cuba’s decades-long battle for independence from Spain in 1898, waging a six-week military campaign that Secretary of State John Hay memorably described as a “splendid little war.”

The Spanish quickly surrendered, signing the Treaty of Paris and then handing over Cuba, Puerto Rico, the Philippines and Guam to the United States.

To achieve full independence, the U.S. required the Cuban government to amend its new Constitution to allow the U.S. to “sell or lease” territory for a naval base. The Cubans did so grudgingly.

Unlike most leases, this one has no end date. The U.S. military may use the site indefinitely.

The base in Guantanamo Bay has been a reminder of American imperialism in the Caribbean ever since.

Cuba wants the land returned. In his historic meeting with Barack Obama in 2016, President Raúl Castro cited the base as a key obstacle in improving U.S.-Cuban relations.

2. The Cuban revolution took place nearby

When I tell people I study Guantanamo, they immediately imagine the military base. I’ve never set foot there.

My research is about the eastern Cuban city of Guantánamo, located some 15 miles inland from Guantanamo Bay.

Guantánamo, home to about 200,000 people, is an 18-hour bus ride from Havana in an eastern Cuban region called Oriente – a stronghold of the Cuban Revolution.

Starting in December 1956, brothers Fidel and Raúl Castro and a small group of guerrillas began a military campaign in Oriente that would ultimately overthrow Cuban dictator Fulgencio Batista. 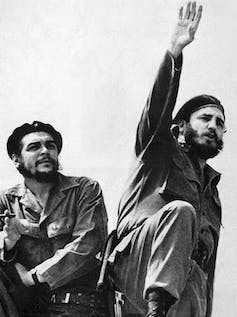 Cuban base workers at Guantanamo Bay aided the Castros’ insurgency by raising money on the base and pilfering supplies like gasoline. Evidence suggests that some U.S. military personnel secretly funneled arms to the guerrillas. The sons of three American servicemen even ran off to join the uprising in 1957.

The Cuban base workers generally escaped punishment, but at least one U.S. sailor faced a court martial for supporting the Castros’ revolution.

3. Jamaicans and Filipinos are the main workforce

Approximately 6,000 people live on the Guantanamo Bay naval base today, including American military personnel, their families and civilian staff.

Historically, most of the staff at Guantanamo Bay were Cubans from the city of Guantánamo. The base offered steady jobs at wages far higher than those on local sugar plantations.

But in 1964 Fidel Castro cut off the base’s Cuban water supply in a diplomatic conflict with the United States. President Lyndon Johnson ordered most Cuban workers fired to make the base more self-sufficient.

Jamaican and later Filipino guest laborers were brought in to take their place. Today, these guest workers live in trailers and old barracks on the base and do everything from construction and food services to laundry. Many are paid less than the U.S. minimum wage. 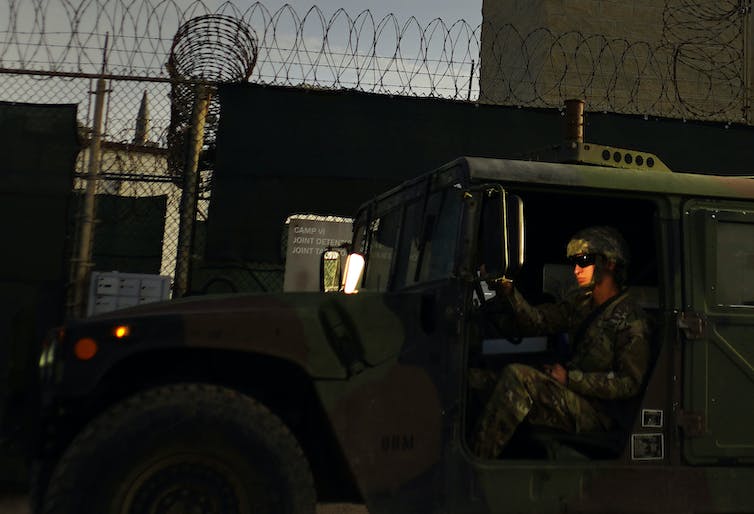 The military personnel at Guantanamo Bay is American, but most workers are from Jamaica and the Philippines. AP Photo/Ramon Espinosa

The 1898 Guantanamo Bay lease agreement created a paradox over who has legal authority on the base by stipulating that Cuba retains “ultimate sovereignty” over the territory while the U.S. has “complete jurisdiction.”

Local Guantánamo journalist Lino Lemes wrote about the practical implications of this legal contradiction in the 1940s and 1950s. He observed that the working conditions of Cubans employed at Guantanamo Bay complied with neither Cuban nor American labor laws.

In 1954, U.S. officers on the base jailed a Cuban employee for two weeks without trial for allegedly stealing a couple hundred dollars in cigarettes from the naval exchange where he worked.

Leaders of the base workers’ union said that his detention violated due process.

“We could not conceive that in a naval establishment of the most powerful nation in the world, champion of democracy, things like this could happen,” they wrote.

More recently, in the 1990s, the Coast Guard intercepted thousands of Haitians fleeing post-coup political unrest in boats and brought them to Guantanamo Bay. Most were denied asylum and sent home.

But 205 HIV-positive refugees were detained at Guantanamo Bay for months. Though they had been granted asylum, immigration officials would not admit them into the United States because of their health status.

Human rights lawyers and law students took on their case, charging that the base was a “legal black hole.”

A federal judge agreed, writing in 1993 that the base had become “an HIV prison camp.” He ordered all the Haitian asylum-seekers released and the Guantanamo Bay detention center closed.

The Haitians were admitted to the United States, but the unused facilities remained. And the base’s nebulous legal status – and therefore the question of whether the Constitution applies there – remained unresolved. 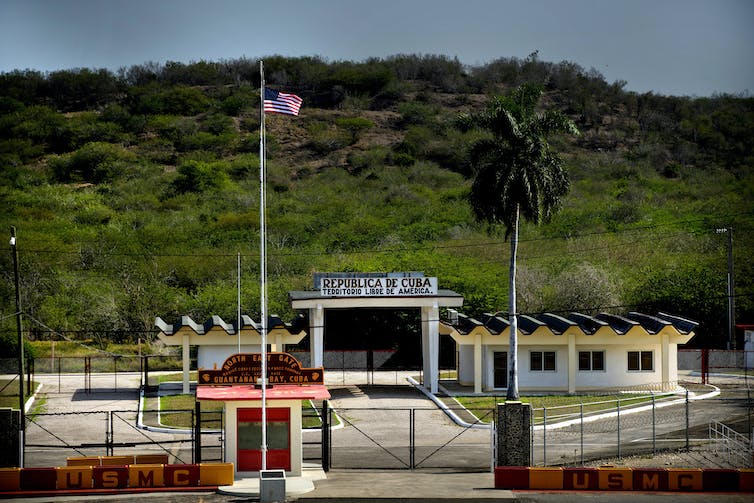 The U.S. naval base at Guantanamo Bay: a thorn in Cuba’s side for 115 years and counting. AP Photo/Ramon Espinosa

5. Dozens of people are still detained at Guantanamo Bay

This set the stage for the Bush administration to transform Guantanamo Bay into a prison for alleged enemy combatants after the Sept. 11, 2001 terrorist attacks.

The U.S. has held 780 men from more than 35 countries at the base. Conditions there have included imprisonment in cages, sensory deprivation and forced feedings – treatment that many believe amounts to torture.

Arguing that this was “contrary” to American values, President Barack Obama signed an executive order to close the detention center in 2009 during his first days in office. Nearly 200 prisoners were released to their home countries or resettled elsewhere.

But 40 people are still detained there. The vast majority were never charged with a crime.

The naval base in Guantanamo Bay will likely have many more anniversaries. Whether anyone celebrates is another matter.