The Russians Are Weaponizing Health Information

Steve Usdin is the author of Bureau of Spies: The Secret Connections between Espionage and Journalism in Washington (Prometheus Books) and of Engineering Communism: How two Americans spied for Stalin and Founded the Soviet Silicon Valley. Usdin is the Washington editor of BioCentury. 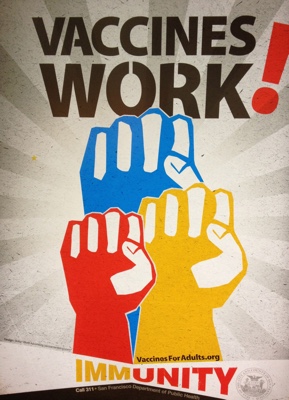 A Russian vaccine disinformation campaign targeting the United States and Western Europe described in a recent study is part of a chain of Russian and Soviet medical disinformation campaigns that stretches back for decades. During the Cold war the KGB fanned the flames of conspiracy theories in stories planted in obscure foreign newspapers and disseminated on shortwave radio broadcasts. Russian intelligence has updated its playbook to incorporate Twitter bots and trolls, but the motives and effects haven’t changed. The anti-vaxx project, like a global effort in the 1980s that blamed the U.S. military for the AIDS epidemic, is aimed at undermining confidence in democratic institutions and normalizing belief in irrational conspiracy theories. 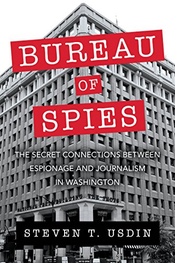 Another thing hasn’t changed: spreading lies about the causes and treatment of deadly diseases causes deaths and illnesses that could have been prevented. The health of innocents is treated as collateral damage in an undeclared and unnecessary conflict.

Russia didn’t invent the vaccine controversy, but it is adapting it to its own goals. The Internet Research Agency has used the #VaccinateUS hashtag to send political messages, for example with tweets like At first our government creates diseases then it creates #vaccines.what’s next?! #VaccinateUS.

The AIDS disinformation campaign of the 1980s serves as a template for weaponizing health information and a guide to the likely course and potential impacts of the current vaccine campaign. The operation started on July 17, 1983, with a letter printed in the Patriot, a low-circulation Indian newspaper that had been set up two decades earlier with KGB funds and stayed in business through covert Soviet subsidies. The letter claimed to be from an anonymous American scientist but was actually written by the KGB. It asserted that AIDS was the result of U.S military biological warfare experiments.

Slipping disinformation into the Patriot wasn’t an unusual tactic. During the Cold War, both the KGB and the CIA coopted newspapers in the developing world, as well as in European countries including Italy and Greece, as vectors for spreading what today would be called “fake news.”

Compared to the lightning speeds of social media, AIDS disinformation spread glacially. It took two years, until October 1985, for the lies in the Patriot letter to be replicated in print, this time in Moscow’s Literaturnaya Gazeta newspaper. At that point something absolutely critical happened. In the 20th century’s version of going viral, hundreds of newspapers and magazines around the world with no obvious connections to the Soviet government began reporting and embellishing the story. Dozens of variants appeared, all claiming that AIDS was a deliberate plot or an accidental byproduct of U.S. biological war research. Many pushed the notion that HIV didn’t cause the disease, and that AIDS drugs were a conspiracy by big pharma and the CIA to impoverish and poison poor people in developing countries.

These ideas took hold in the American Left. For example, CovertAction Information Bulletin, a magazine published in Washington, DC by allies of a Philip Agee, a CIA defector, promoted pseudo-scientific arguments about the provenance of AIDS.

From the KGB perspective, the high point of the campaign came on March 30, 1987, when CBS News anchor Dan Rather reported Soviet claims that AIDS had been developed in a U.S. military lab – and did not include any rebuttal from the U.S. government.

The propaganda contributed to a massive public health disaster. South African President Thabo Mbeki cited Soviet sources when he rejected the scientific consensus that the HIV virus caused AIDS. Mbeki’s decision to reject the use of effective drugs led to over 300,000 preventable deaths.

Facing its own AIDS epidemic, the Soviet Union eventually discontinued the AIDS propaganda campaign. It was impossible, however, to reverse the harm it had caused, or to recall AIDS myths that had taken on a life of their own.

Similarly, even if Russia’s intelligence services instructed the Internet Research Agency and other Kremlin-directed propaganda operations to switch off the vaccine disinformation campaign, it would be impossible to reverse the damage that has already been done. Measles and other vaccine-preventable diseases are on the rise in Western Europe, and parts of the U.S. are at great risk because the number of vaccinated children has fallen below levels required to maintain population immunity.

In addition to Twitter and Facebook, the Russian government has deployed its television network, RT, to spread and legitimize messages from anti-vaxxers. While RT has a small audience, its programs are archived on YouTube, where they are only a click away from anxious parents seeking information about vaccine safety.

Beyond the use of the Internet, there are important differences between Russia’s vaccine propaganda and the USSR’s AIDS campaign. While the AIDS initiative clearly originated in Moscow, and the outbreak of fake news can be traced to a specific point in time, vaccine skepticism has a long history that is independent of Russian intelligence.

In another departure from the AIDS disinformation campaign, Russia is playing both sides of the controversy, matching vitriolic anti-vaxx messages with equally blunt pro-vaccine tweets. This makes sense because Russia’s goals have nothing to do with vaccines or health. The idea is to tear apart Russia’s adversaries by creating false controversies that pit citizens against each other. As more people are drawn into believing in irrational conspiracies they turn away from the fundamental institutions that are the foundations for democratic societies.