The history of Gaza in 2 minutes 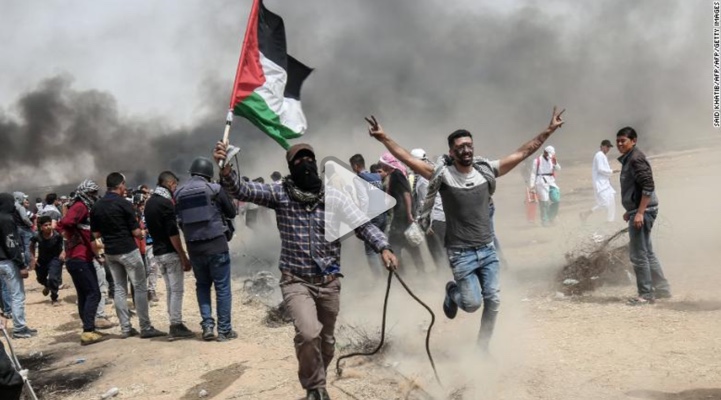 What Is the Gaza Fence and Why Has It Set Off Protests Against Israel?Like other parts of the Holy Land, Gaza’s history stretches back to ancient times. It was originally a Canaanite settlement and was variously ruled later by the Israelites, Egyptians, Romans and Ottomans, among others. The British seized the territory during World War I.

Gaza’s boundaries were established in a 1949 armistice agreementbetween Egypt and Israel, halting the conflict after the creation of the state of Israel in 1948. During the Arab-Israeli war of that period, hundreds of thousands of Palestinians were forced from their homes or fled, many to Gaza, and they and their descendants have been classified as refugees by the United Nations.

Egypt occupied Gaza until the Arab-Israeli War of 1967, when Israel seized the territory.

The first Gaza-Israel fence went up in 1994 as a way to control Palestinian movement after the Oslo Accords — the agreement aimed at ending the conflict between Israelis and Palestinians and establishing a Palestinian state.

Israel withdrew from Gaza in 2005, vacating all Israeli settlements and removing its soldiers. But Israel maintains control of the northern and eastern land boundaries — Egypt controls the southern crossing, known as Rafah — and Israel controls the air and sea approaches. Most Gaza-bound food, fuel and other aid flows through Israeli-controlled crossings.