Why Are the Green Berets Now Operating on the Saudi Border with Yemen?

Jeremy Kuzmarov is the author of numerous books on U.S. foreign policy including The Russians are Coming, Again: The First Cold War as Tragedy, the Second as Farce(Monthly Review Press, 2018) andModernizing Repression: Police Training and Nation Building in the American Century(Massachusetts, 2012). 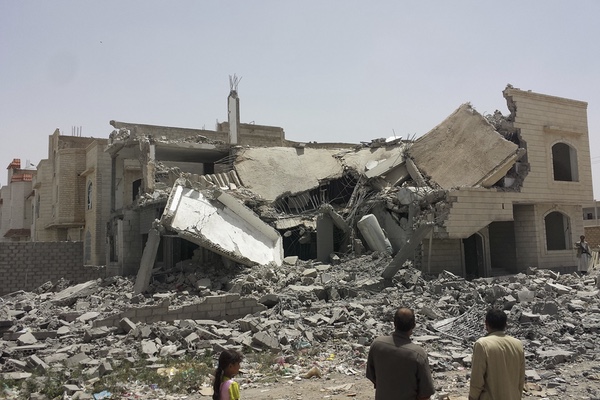 Destroyed house in the south of Sanaa - By Ibrahem Qasim - Own work, CC BY-SA 4.0

TheNew York Timeshas reported of the presence of secret teams of American Green Berets on the Saudi Arabian border who have been involved in training Saudi ground forces and have helped to locate and destroy caches of ballistic missiles at a launch site that Houthi rebels are using to attack Riyadh and other Saudi cities from Yemen.

This presence is highly disturbing in light of the horrendous humanitarian ramifications of the Yemeni war. Since the Saudi led invasion of 2015, the country has been thrust into a biblical type humanitarian disaster, with fifty thousand children estimated to have died from a cholera outbreak, and eight million on the brink of famine. Hundreds of civilians have also been killed in air strikes, some using U.S.-supplied ordinance. 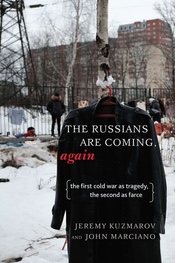 During a trip to the kingdom, the Saudis presented President Donald Trump with lavish gifts, including robes lined with tiger and cheetah fur, which preceded his announcement of a $115 billion arms deal that included a reversal of President Barack Obama’s decision to block the sale of precision-guided missiles.

Another hidden aspect of the U.S. involvement in the war in Yemen is its arms sales to the United Arab Emirates (UAE) which has trained, paid and equipped more than 25,000 Yemeni soldiers and has 1,500 of its own Special Forces operating in Yemen. The al-Nahayan Royal family has further funded hundreds of Colombian mercenaries and 1,000 Sudanese troops including notorious janjaweed militias that are under U.S. sanctions for human rights abuses.

The United States is estimated to have made offers to sell the UAE $27 billion worth of arms since 2009, one quarter of the country’s arms in that period, including Paveway and Joint Direct Attack Munitions (JDAM) and tactical missiles such as the hellfire that have been used in the war in Yemen as well as against ISIS.

The United States has at the same time been a major supplier of military training to the UAE, which is considered to be a “little Sparta” with one of the most capable militaries in the Middle East. Prior to his ascension as Secretary of Defense under Trump, General James Mattis served as an unpaid adviser to the UAE military, starting this arrangement when the Saudi/UAE intervention in Yemen was already underway.

In June 2017, the Associated Press reported that UAE forces and UAE-trained militias ran a network of secret prisons in South Yemen where alleged Al Qaeda and Houthi suspects were subjected to extreme torture, including through the “grill” technique in which the victims are tied to a spit-like roast and spun in a circle of fire. The Defense Department was investigating whether U.S. troops, which carried out interrogations at a detention center near the Mukalla Airport, were at all complicit.

A Washington-based private military contractor, Knowledge International, provided 125 ex-army officers to train UAE land forces that were involved in the war in Yemen. Press TV reported based on interviews with Yemeni officials that DynCorp mercenaries arrived in Yemen to fight the Houthi rebels.

This was allegedly part of a $3 billion contract with the UAE. The DynCorp operatives have allegedly replaced those of Academi (formerly Blackwater) which had been given a previous $529 million contract to create a secret mercenary army which defended oil pipelines, carried out special operations and was readied to put down down-any internal revolts against the oil-soaked sheikdom.

DynCorp issued a statement denying its involvement in Yemen. However, its website also highlights the company’s “growing capacity” in the UAE and support for its aviation programs, which it says it has done for over 20 years, and advertises numerous jobs in the UAE.

All this is somewhat reminiscent of the secret war in Laos, where the United States covertly carried out military training of Thai paratroopers who were sent on counter-insurgency missions in support of the CIA’s clandestine Hmong army.

Yemen erupted into war following the Arab Spring of 2011, when Yemenis dislodged long-standing ruler Ali Abdullah Saleh, who had led the country since 1978, and unified the north and south in the 1990s.

Saleh was a former tank commander who built his military base through a controlling stake in the army’s trade in bootleg alcohol. He opened the country up to foreign exploitation including U.S. oil interests and was skilled at manipulating the country’s mixture of tribes, religious groups, and interested foreign parties—a feat he called “dancing on the heads of snakes.”

The Houthis supported the Arab Spring, rebelling in the attempt to restore the traditional power of their Zaydeh clan, which had predominated prior to the 1960s civil war.

They had legitimate grievances against the Saleh government and his successor Abdrabbah Mansour Hadi, Saleh’s Vice-President for twenty years, whom one Middle East expert referred to as “empire’s man.”

The U.S. and Saudis have played up Iranian backing of the Houthi. Zaydism, however, is doctrinally distinct from the mainstream Shite Islam practiced in Iran.

Isa Blumi points out in his book Destroying Yemen: What Chaos in Arabia Tells Us About The World(University of California Press, 2018) that the Houthi by 2013 were part of a larger coalition that includes Saleh and his loyalists, a major swath of the Yemeni military and political alliance of disaffected public sector workers and tribal militias.

They felt aggrieved by the unacceptable conditions under Hadi’s government and by years of neoliberalism that resulted in Yemen’s impoverishment following a period of successful local development initiatives in the 1970s under Ibrahim Al-Hamdi (1974-1977).

During Hadi’s rule, the number of assassinations and bombing of mosques frequented by Zaydi Muslims increased, while poverty, unemployment and property confiscations grew to epidemic proportions. With no parliamentary oversight, Hadi had taken upon himself to impose economic liberalization reforms, which put many of Yemen’s public assets up for sale and slashed public services, hurting the poorest and most vulnerable.

Blumi writes that a broad coalition backed by the Houthi “threw out the corrupt foreign imposed government filled with crooks and Islamist bigots [and] reversed the selling of Yemen’s economic future.”

This, however, is not the way the rebellion or war has been presented in the mainstream media.

Yemen in the past provided port facilities for the launching of military operations, like Operation Restore Hope in Somalia, and cooperated in the war against Al Qaeda. It sits atop considerable mineral wealth, including copper, nickel, lead and petroleum reserves, which U.S. companies like Hunt Oil and Conoco Phillips and other foreign interests from Saudi Arabia, UAE and Qatar, have sought to exploit.

In 1981, George H. W. Bush visited North Yemen to secure a concession for Oklahoma based Hunt-oil, which was then given access to other fields – they were hoping to tap into a massive Jurassic rift – the Ma’rib-Shabwah graben basin with at least 6 billion barrels of oil – extending into the Red Sea via the Aden Gulf and into what was then unified Somalia.

Blumi writes that oil companies discovered benefits in Somalia’s implosion following the 1993 U.S. Black Hawk Down operation. Rather than paying taxes to a government, they now had to pay just a flat lump sum to those who provide “security” to infrastructure, which cost less. Thus, they along with the private military contractors may welcome the dismemberment of Yemen.

Another hidden, unstated motive for intervention in Yemen is that the United States covets the strategic island of Socotra, a wildlife preserve and World heritage site with 50,000 inhabitants located 380 kilometers off the coast of Yemen and 80 kilometers off the Horn of Africa.

Alfred Thayer Mahan in his 1890 book The Influence of Sea Power Upon Historypointed out that “whoever attains maritime supremacy in the Indian Ocean would be a prominent player in the international scene.”

Socotra’s strategic waterway links the Mediterranean to South-Asia and the Far East through the Suez Canal, the Red Sea and Gulf of Aden. It serves as a major strategic transit point for the shipment of oil as well as China’s exports to Western Europe.

The pristine island, a third of whose flora and fauna cannot be found anywhere else on the planet, is located just 3,000 kilometers from the U.S. naval base at Diego Garcia; one of America’s largest overseas military facilities, which was acquired during the Cold War by expelling the local Chagossian population.

During the Cold War, the Soviet Union had access to Socotra as a base and Russia still allegedly covets access to the island today. The United States has had its eye on it since the end of the Cold War, choosing it in 1999 as the site to build a signals intelligence system.

In 2010, David Petraeus, head of the U.S. Central Command, held a secret meeting with then-Yemeni President Ali Abdullah Saleh in which Saleh allegedly allowed the U.S. to set up a military base on Socotra from which to launch seaborne missiles and possibly drone strikes to counter “pirates and Al Qaeda.” The U.S. in turn agreed to double security assistance to over $150 million.

This agreement helped weaken Russian overtures to the Yemeni government. Since that time, a new civilian airport has been built on Socotra in accordance with U.S. military specifications. Then in February 2016, Press TV reported that Acting Yemeni President Hadi, after a passing a decree rewriting Yemen’s internal boundaries, leased Socotra to the United Arab Emirates (UAE) for 99 years.

The UAE in turn installed a pliable governor with whom it could negotiate independently and has since begun to use the island for military training while promoting economic development and tourism.

The increasing military presence is thought to represent a foothold for the United States on an island located at a crossroads of world trade. The US has close ties with the UAE and Erik Prince, the former chief executive of Blackwater, who signed a deal to train UAE security forces, possibly as a wedge for gaining influence in Socotra.

The unfolding situation may bear some parallels to American plans in Panama in the early 19th century when the U.S. supported Panama’s secession from Colombia and then pushed through an agreement that prompted Panama to cede its sovereignty. This is how many Yemenis view it.

Air Force Colonel L. Fletcher Prouty in his classic 1973 book, The Secret Team, noted that the most remarkable development in the management of America’s relations with other countries in the quarter century after World War II was the “assumption of more and more control over military and diplomatic operations by men whose activities are secret, whose budget is secret, whose very identities are often as not secret.”

Led by an elite band of men who served in the World War II Office of Strategic Services (OSS), the secret teams subscribed to a brutal and arbitrary “anticommunist flag-waving” and carried out paramilitary and destabilizing operations around the world. They derived their power from a “vast intergovernmental undercover infrastructure” and direct relationship with great private industries, mutual funds and investment houses, universities and the news media.”

Since the end of the Cold War, this undercover infrastructure has only expanded as the brutal destabilizing operations continue. Yemen is but the latest playground, with severe consequences yet again.