The Man Who Prevented the Outbreak of World War III

Douglas Gilbert spent his engineering career developing submarine detection and tracking algorithms for the US Navy and underwater systems for the off shore oil exploration industry. He currently teaches mathematics at York Technical College and studies topics of historical interest. 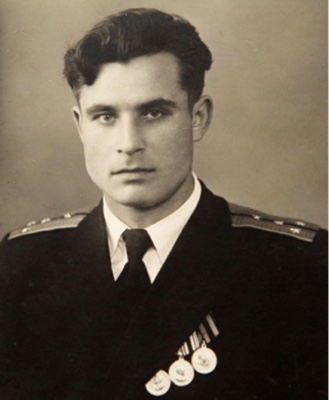 “Vasili Arkhipov is arguably the most important person in modern history, thanks to whom October 27, 2017 isn’t the 55th anniversary of WWIII.” – Max Tegmark, President of the Future of Life Institute, October 27, 2017.

Two men fought. With explosions deafening their ears and extreme heat broiling their brains, they fought. While their ship’s crew was passing out from oxygen deprivation and heat exhaustion, they expended their remaining strength to fight. With the fate of their nation and all the world at stake, two men fought each other to find the least violent solution. They decided to save the world, to prevent its immediate consensual devastation by armageddon. They defied death and their superiors by not initiating the act that would destroy hundreds of millions of lives and threaten everyone who might live beyond that moment. 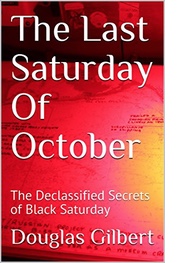 The true story of a thwarted event may evade historical consideration. Unknown to the US intelligence agencies, Soviet Premier Nikita Khrushchev deployed five submarines carrying nuclear torpedoes and special forces under the cloak of secrecy, deception and maskirovka to advance his political agenda, to project his profound commitment to advancing the cause of the international socialist revolution, and to rectify the imbalance of nuclear military power.

The rush-rush preparations created chaos prior to the voyage, and the brigade commander suffered a massive hypertension attack after his mission briefing. He was replaced twenty-six hours before departure. They sailed from above the Arctic Circle and voyaged into the Cuban Missile Crisis under sealed orders in October 1962. Plagued by mission uncertainty and confusing instructions on when to use their “special” weapons, they battled fierce storms and Hurricane Ella to reach the Sargasso Sea where subtropical heat turned their subs into hell holes. When they surfaced to relieve their suffering, they faced the largest antisubmarine force ever assembled in one ocean, waiting to attack them.

Moscow kept them in the dark. Their sealed orders directed that they proceed to Mariel Bay, Cuba to establish a forward-deployed Soviet submarine base, but they were assaulted with subaquatic grenades and echo ranging depth charges. The only information they had regarding the international geopolitical situation came from monitoring American radio broadcasts, including President Kennedy’s famous speech on October 22, 1962. Their tactical awareness was provided by the US fleet who inexplicably transmitted their messages and voice chatter in the clear and unencrypted.

Four of the five diesel submarines felt the hot pursuit by the lethal American fleet of antisubmarine aircraft carriers, destroyers, helicopters, and planes, and three of them were forced to surface due to lack of oxygen and limited electrical battery life. In the heat of battle, one of the submarines nearly launched a nuclear torpedo at the USS Randolph, and came within one word of exploding the world.

After days of being dogged by Task Group Alpha, Captain Valentin Savitsky, commanding officer of B-59 became convinced that all-out war had broken out. He ordered his nuclear torpedo to be prepared for launch. Captain Savitsky lost his composure in the asphyxiating madness and screamed, “The war has already started up there, and we are down here doing somersaults. We’re going to blast them now. We’ll die, but we will sink them all. We won’t disgrace our Navy or shame the fleet.”

One man, Vasili Arkhipov, who had quelled a near mutiny aboard the infamous K-19, stepped forward. (The Soviets’ first ballistic missile submarine experienced a Chernobyl-like reactor accident at sea in 1961.) Arkhipov was the brigade chief of staff, second in command, and he challenged Savitsky’s orders. He convinced Savitsky to release a single sonar ping to test the American resolve to kill their submarine.

Had Captain Second Rank Vasili Aleksandrovich Arkhipov not intervened, a nuclear blast would have erupted in the Sargasso Sea. Every nation would have perceived that they were under attack, the Soviet forces, the American forces, Havana, Moscow and Washington D. C. President Kennedy had announced to the world five days earlier in his speech on October 22, “It shall be the policy of this Nation to regard any nuclear missile launched from Cuba against any nation in the Western Hemisphere as an attack by the Soviet Union on the United States, requiring a full retaliatory response upon the Soviet Union.” Sixty Soviet ballistic missiles tipped with megaton nuclear warheads, a hundred tactical nukes and forty thousand Soviet troops had been placed in Cuba.

The “B-59 incident” was not revealed until forty years after the fact. Declassified documents, US and Soviet, preserved in the National Security Archives, provide the factual foundation for the story of Vasili Arkhipov, the man who preempted a nuclear attack on the United States and prevented all-out nuclear conflagration. They include eyewitness accounts, video testimony, operational plans prepared for Nikita Khrushchev’s eyes only, Soviet Navy after-action reviews, memoirs of the 69th Torpedo Submarine Brigade commander and two Soviet submarine captains, pictures, daily newspaper accounts, weather reports, nautical charts, deck logs, and history books.

In London on October 27, 2017, the fifty-fifth anniversary of Black Saturday, the Future of Life Institute honored Vasili Arkhipov with their inaugural Future of Life award, the first public appreciation of his contribution to society. The posthumous recognition was accepted by his daughter, Yelena Andriukova, and his grandson, Sergei Andriukova, on behalf of Arkhipov who “never said a word to his family because it was closed, secret information—he wasn’t allowed to talk about it.” Vasili Arkhipov understood that nuclear warfare is simultaneously instantaneous and everlasting. His story should be part of American history, of world history, to remind us of the tenuous nature of our existence in a nuclear world, and how we nearly lost it.