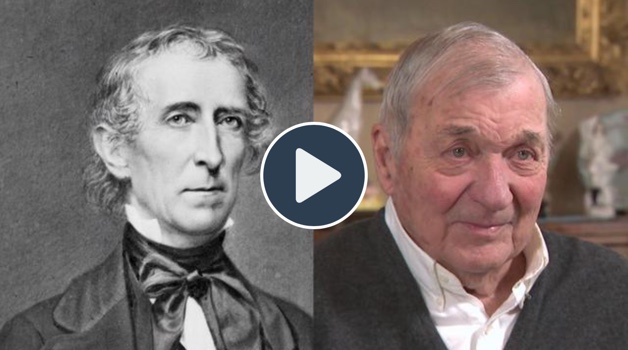 John Tyler was the first vice president elevated to the presidency on the death of the chief executive and the first president to marry in the White House. Nearly 175 years later, two of his grandchildren are still around.

Harrison Ruffin Tyler, 89, is one of two living grandsons of President John Tyler, who was born in 1790, one year after George Washington was sworn in as president.