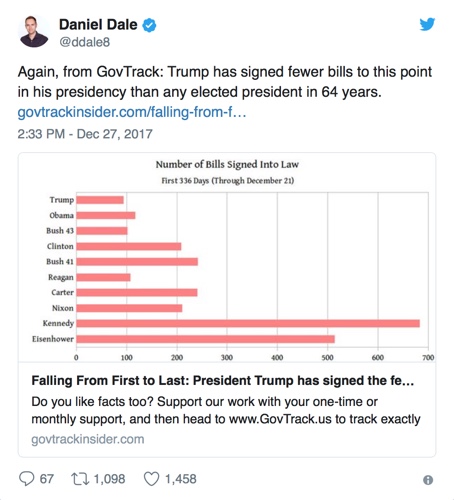 “We have signed more legislation than anybody,” Trump said, standing in front of a rescue vehicle inside the fire station.

“We have more legislation passed, including — the record was Harry Truman a long time ago, and we broke that record, so we got a lot done,” Trump said.

An analysis by GovTrack, a website that tracks bills in Congress, shows that Trump has signed the fewest bills into law at this point than any president in more than 60 years, back to Dwight D. Eisenhower.