‘You are done’: A secret letter to Martin Luther King Jr. sheds light on FBI’s malice 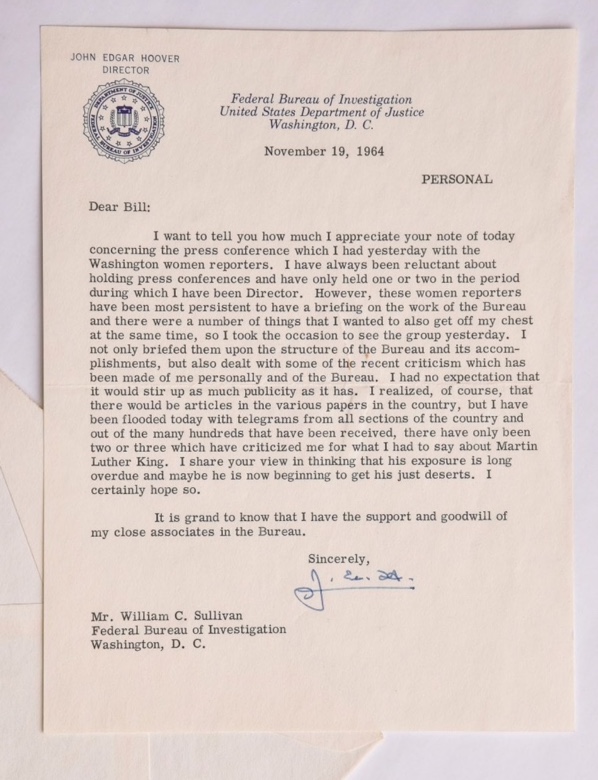 The secret letter was tucked inside the pages of an old book. It had been written by FBI Director J. Edgar Hoover to a top lieutenant, condemning civil rights leader Martin Luther King Jr.

It was Nov. 19, 1964, and Hoover the previous day had assailed King at a news conference as “the most notorious liar in the country.” Now he was writing a colleague privately to say he hoped King was getting his “just deserts.”

“I certainly hope so,” Hoover wrote.