Study finds the top major of US Presidents is … History 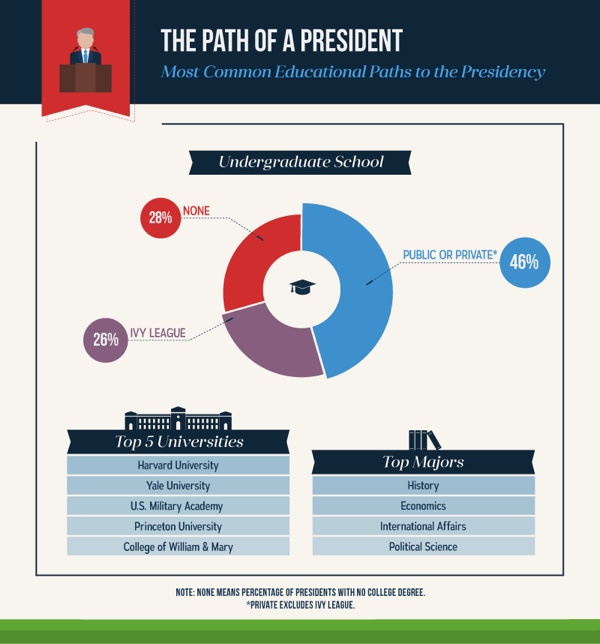 As you might expect, many of our nation's elected officials have highly recognizable universities on their resumes and have earned prestigious-sounding degrees. This led us to wonder—which schools have produced the most American presidents? And which have a reputation for sending their graduates to Congress?

To find out, we researched the educational backgrounds of every U.S. president and current members of Congress and compiled those data to form a larger picture of education in politics throughout American history and today.

Here's what we learned.