Though we might not think much about them in the context of all the issues discussed during elections, rhetoric and language play a critical role in the success of U.S. presidential candidates. The 2016 presidential election process has been particularly fascinating and prompted us to take a closer look at how election language has changed over time and how it influences candidate success.

In our study, we found:

● the complexity of politicians’ language is decreasing, according to analysis using seven different Grammarly clarity algorithms, such as sentence length and frequency of the passive voice, and 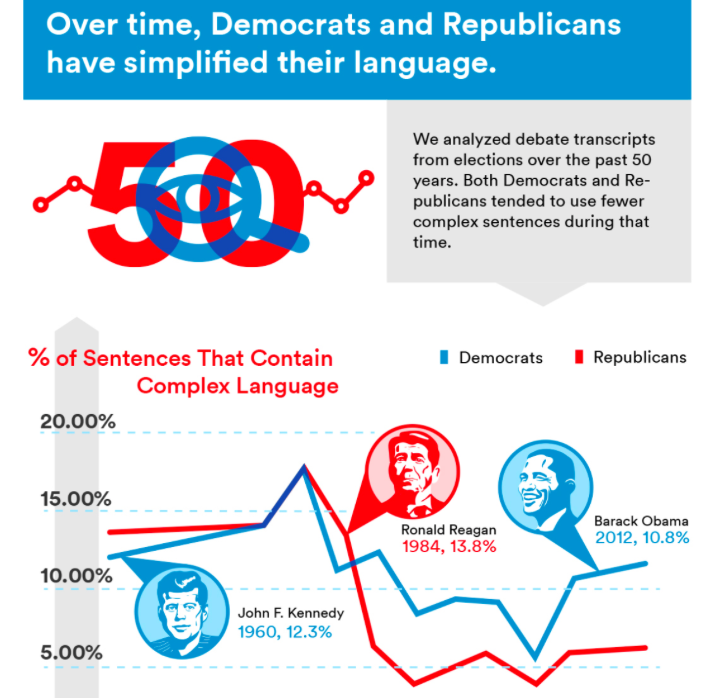