The Comparison of Brexit and the Reformation Is Misleading, and Yet ... 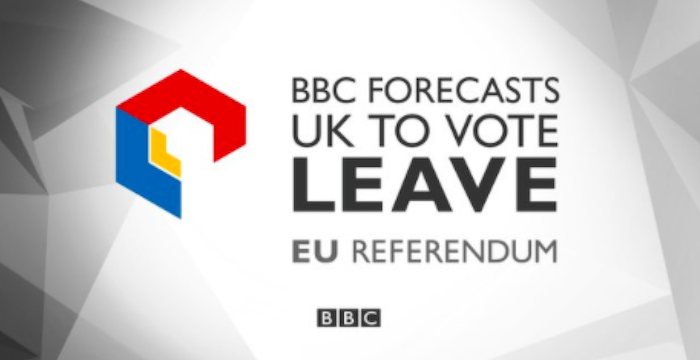 In light of this past Thursday’s referendum vote deciding that the United Kingdom will leave the European Union, it might be tempting to draw parallels between the current dismissal of the continent with a similar rejection of European identity a half millennium ago. Unfortunately for over-eager Brexiters, a convenient symbolic symmetry in terms of dates falls a bit short. We’re still a good eighteen years away from the five hundredth anniversary of Parliament’s passing of the Acts of Supremacy which made King Henry VIII the head of an independent Church of England.

This hasn’t stopped some now successful advocates for Britain’s leaving of the E.U. from making the comparison. Giles Fraser, a columnist for the Guardian, an ordained Anglican priest, and seemingly the rare example of a left-leaning advocate for leaving enthused in a May 5th column that Brexit, “perfectly recycles this defiant spirit of the Reformation,” having argued that “Reformation was largely a protest about heteronomous power,” which is a rather traditional historiographical argument about those early modern religious schisms that many historians have argued is a bit too simplistic. One of them is the scholar Diarmaid MacCulloch, a leading historian in revising our understanding of the English Reformation, who gently rebukes Fraser (whom he notes is a friend) by claiming in a May 27th article at The Conversation that, “it is the Remain camp which represents the European and British Reformations, not Brexiters,” having pointed out the international nature of the Protestant reformations, which included cities like London, but also of course cities like Wittenberg, Geneva, and Strasbourg as well.

Fraser and MacCulloch’s debate was uncharacteristically cordial when compared to most of the rancorous broadsides penned on either side of the debate in the lead-up to the referendum. While Fraser rhetorically links the Henrician break with Rome to a contemporary break with Brussels, MacCulloch does well to point out that in some respects the English Reformation was not a break from Europe, but rather a pivot to a different aspect of continental culture, politics, and religion embodied by the principalities in the Holy Roman Empire who were piecemeal embracing Protestantism. MacCulloch is absolutely correct in his assertion that the English Reformation had a European flavor, after all, the Archbishop of Canterbury Thomas Cranmer invited Protestant exiles from Holland and Eastern Europe to establish so-called “Stranger Churches” to more fully reform the Church of England. That reformers from Poland and Hungary were welcome in sixteenth century England, and that in part the Brexiters’ Euroscepticism is linked to misgivings over immigration from some of those very same countries is an irony which poses some problems for Fraser’s argument (in fairness it should be pointed out that in other writings Fraser has spoken incredibly eloquently about the need for the U.K. to help middle eastern refugees). But while MacCulloch was right to point out the precisely international nature of a historical event which Fraser had rhetorically marshalled in the service of arguing for exit, Fraser’s original column still makes an important point, albeit perhaps in a manner that he didn’t intend.

Overzealous Brexiters should think twice at being flattered by comparisons being made between their movement to leave the E.U. to England’s split with the Roman Catholic Church in the sixteenth-century (one cringes at the thought of Nigel Farage wearing Henry’s tight Renaissance britches and cod-piece). In embracing the comparison they draw on certain popular perceptions (and in some cases misperceptions) about what the Reformation in England looked like. In this rather Whiggish view of the Henrician schism, Rome is understood as a far-away, bureaucratic, corrupt and foreign entity violating the popular sovereignty of the English peoples, for whom the final split resulted in a more democratic and learned society, where in the claims of the Bible translator William Tyndale the “boy who drives the plow” will know more of scripture than the Pope. In this version of history the English Reformation was not just embraced, but encouraged by the non-elites who benefited from the split. This is the Protestant triumphalist view of the Reformation which reigned ascendant in Anglo-American historiography for centuries, and it’s the view which the general public still tends to embrace (when, that is, they bother to think about the Reformation). That this would be an attractive parallel to those who advocated for Brexit is obvious, but historians over the past few generations of scholarship offer a more nuanced, and perhaps sobering view of what the Reformation entailed, one that flatters the Brexiters far less and which may contain some crucial lessons for the possibly dangerous months and years ahead.

Historians like MacCulloch and the Irish scholar Eamon Duffy (among others) have been integral in helping us to more fully understand the reformations of Henry, his son Edward, and his daughter Elizabeth. What they have found, in particular Duffy in his landmark and groundbreaking 1992 The Stripping of the Altars: Traditional Religion in England, 1400-1580, was just how divided England was over the events of the early sixteenth-century. Far from being a popular, working-class movement with wide support among laborers and peasents, the Reformation was actually a top-down revolt of the elites in London, which was viewed with great skepticism and was responsible for tremendous upheavals in the lives of those who we’ve remembered as supposedly unequivocally embracing the split. The Pilgrimage of Grace in 1536 centered in the north of England in Yorkshire, or the Prayer Book Rebellion of 1549 (when Edward was King) at Devonshire in Cornwall demonstrate that Westminster’s separation from Rome was viewed negatively by a large portion of the English public, and that they held these opinions, and were willing to fight for them, for a very long time.

Former London mayor and possibly future Prime Minister Boris Johnson claimed that the vote to leave meant that England had found “our voice again in the world.” Much as the Reformation of five centuries ago was unevenly embraced (when it wasn’t resisted outright), Johnson and Farage would do well to not interpret a vote which split the country in half as cause for a mandate (especially when one reads accounts of how ill-informed those who voted to leave seem to have been). Furthermore, lest their egos be stroked by uniformly positive accounts of and comparisons to Henry’s split with Rome they would also do well to consider more troubling parallels. For as Duffy writes, “the Reformation as actually experienced by ordinary people was not an uncomplicated imaginative liberation.”

As Duffy’s analysis of church records and accounts indicates, the Reformation was personally and politically resisted, particularly in places like Cornwall and the north of England (where it should be tellingly pointed out that in the most recent referendum the majority of subjects voted for the United Kingdom to stay in the E.U.). Rather what those sixteenth-century laborers far from tony London (whom we’re often taught the Reformation benefited) actually experienced was a precipitous alteration in their lives, and at least initially rarely for the better. What they found was not some sort of release from oppressive medieval Catholicism, but rather the civil government in London enriching themselves by dissolving the monasteries and stripping the altars in local churches all while profoundly disrupting traditional ways of life. When the Henrician Reformation is seen this way, suddenly the comparisons to Brexit becomes entirely less flattering. Sobering indeed, when we consider that the more economically depressed areas of England (and indeed the rest of the U.K.), who have been left behind as London becomes more and more wealthy, overwhelmingly voted to stay in the E.U. and will be disproportionately negatively affected by Britain’s leaving. But in a strange way it proves Fraser’s argument, albeit in a topsy-turvy way – perhaps Brexit does continue the legacy of the Henry’s Reformation. That is to say that both movements were encouraged by London elites supposedly for the benefit of common people who rejected them, and who suffered for that rejection by seeing a tremendous flow of wealth into an already bloated capital.