The Most Memorable Contested Conventions 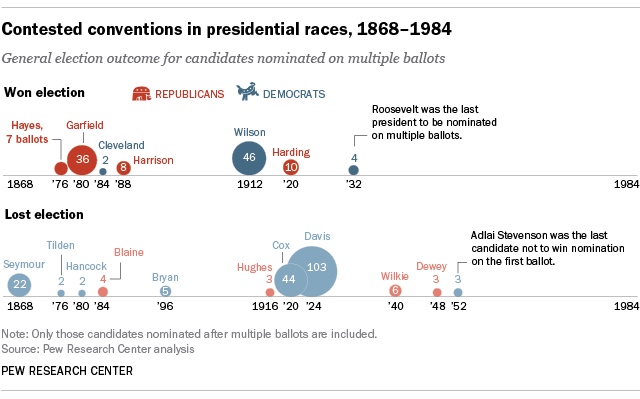 There hasn’t been a contested or brokered convention in either party since 1976 but it’s increasingly likely there will be one on the Republican side this year. Only Donald Trump seems to have a chance at reaching the 1,238 delegates he needs by the end of the primaries, but there is a concerted effort by Ted Cruz, John Kasich and party leaders to stop him. It’s not event clear that if he technically wins a majority that his delegates will stick with him.

Since the Civil War, the Republican party has had eight candidates which took multiple ballots to decide while the Democratic party has had ten.