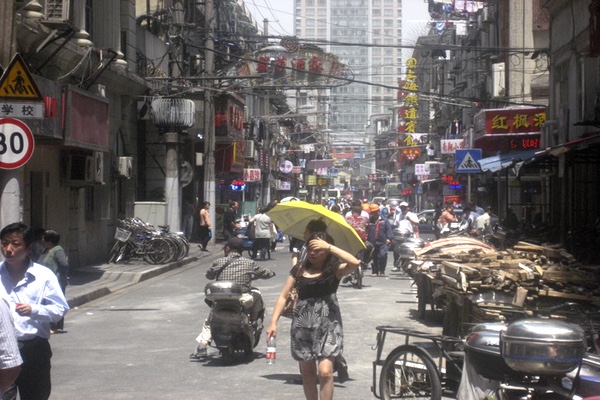 China today is facing its greatest crisis since the June 4, 1989 uprising that lasted six weeks and was crushed by army troops who killed perhaps 2,000 workers and students around Tiananmen Square in Beijing.

Many see another disaster in the making with deep problems in the Chinese economy. With such massive pollution from coal-fired power plants that children born in the north live 5.5 years fewer than those in the south, fully 670 million peasants live under Third World conditions with less than one-third of the disposable income of urbanites. There is massive, omnipresent corruption. The new two-child policy comes too late, as more than 25 percent of all males in their late 30s will never marry by 2030. By 2035 there will be almost 400 million retirees, mostly with limited funds, compared to barely half as many children under the age of 15. The outflow of capital since summer has hit the staggering figure of 700 billion dollars. China has created a vast network of ghost factories, apartment buildings and smaller towns across the country. There is extensive censoring of the press and the Internet. There are 80,000 rural riots a year to protest the encroachment of the cities on peasant land without significant compensation.

China faces three overarching problems. First, there is the one party authoritarian rule of the Chinese Communist Party. In the 1990s when I visited think tanks of key ministries, they postulated a slow development towards democracy moving from small towns to Beijing. That has not occurred. Then there are the Communist and neo-Confucian ideologies that have restricted creativity. Chinese citizens, who are 22 percent of the world’s population, have won only one percent of Nobel Prizes since 1950. Finally, there is the lack of a serious transition to a market economy.

Yet, despite these problems, China – following Deng Xiaoping’s Four Modernizations (1978) – has built a mammoth infrastructure for the transition toward a modern state and economy. Chinese GDP per capita has soared from $170 in 1980 to $7,500 today. Hundreds of millions of peasants have moved to the cities. Chinese exports have exploded from roughly $10 billion in 1978 to over $2.3 trillion today, the most in the world. It still has $3.3 trillion in its reserve funds. The number of college-educated Chinese has skyrocketed building a strong middle class of 300 million people within 10 years. China by 2020 will have 20,000 miles of high-speed rail tracks and dozens of new modern airports. China is emerging as a middle-developed power by 2040.

The Chinese Communist Party has not only been phenomenally successful but it will be almost impossible to overthrow. Its transformation of China has made Chinese citizens proud of being Chinese. It has done what its main BRIC competitors – Brazil, Russia and India – have failed to do. The CCP has over 80 million members.

The modernizing People’s Liberation Army, with over 2 million soldiers, supports a party that gives it 100-150 billion dollars a year. Loyal, too, are the one million security forces as well.

The Chinese people have a long memory. They remember the century of shame and humiliation from the First Opium War (1839) when they were decisively beaten by the English to the Anti-Japanese War (1937-1945) when 10-20 million Chinese were killed by an occupying Japan. They remember the Maoist period (1949-1976) when the Great Leap Forward saw the death of over 35-40 million people. This was followed by the Cultural Revolution (1966-1969) when more millions died, the universities shut down and China was isolated from the world. Only Deng Xiaoping’s launch of the pragmatic Four Modernizations in 1978 saved the day. Xi Jingping’s “Chinese Dream” of putting a colony on the moon, becoming the dominant power in Asia and a major power in the world, has powerful attraction to the masses.

Can the Chinese Communist Party change? Yes. When I visited the think tanks of the Foreign Ministry (CIIS) and State Security (CICIR) in the early 1990s, they were weak in language ability and analytic capability. Twenty years later their research capabilities have become better than in many Western governments.

Will they do it voluntarily? No. For as the late Israeli Foreign Minister Abba Eban once said, “Nations do behave wisely once they have exhausted all other alternatives.” As with Deng Xiaoping, who was twice thrown out of power, they will do so after they have tried all the alternatives. But that will happen someday. China will be saved.