Why Thucydides Is (Sadly) So Relevant Right Now

Eric Orlin Professor of Classics at the University of Puget Sound and author of Foreign Cults in Rome: Creating a Roman Empire as well as the recently published book, Routledge Encyclopedia of Ancient Mediterranean Religions. 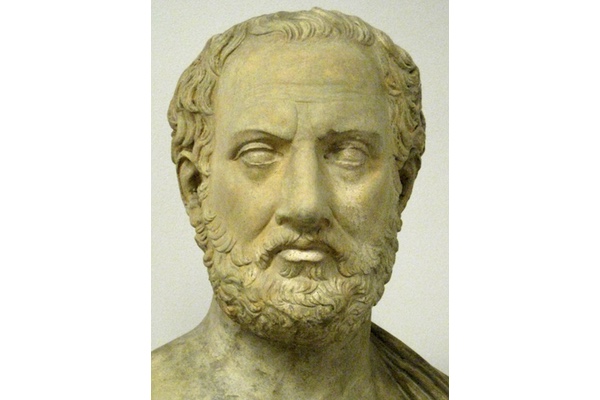 “War is a violent teacher, and brings most men's passions to the same level as their circumstances.”

The Athenian historian Thucydides wrote these words more than 2,400 years ago; I read them almost every year with a new group of students. Each year I wonder how they will receive him – his language often intimidates college students, and the world he inhabited sometimes seems remote to them. 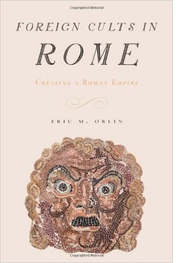 And so each year I ask my students whether they feel Thucydides is still relevant in the modern world, amidst the memes and Instagrams that occupy so much of their time. Certainly the historian had high hopes for his work; he called it a “possession for all time” and devoted long passages to discussions of human nature, as he understood it.

During the Cold War that relevance seemed obvious: Athens stood as a proxy for the United States (an open, democratic state whose power rested on its wealth) and Sparta was the Soviet Union (a closed, totalitarian, landlocked state that devoted its resources primarily to military strength). Yet while the current war with ISIS certainly doesn’t fall within the types of conflicts imagined by Thucydides, my students suggest that he still has much to tell us about human nature, leadership, and the consequences of decision-making.

One of the dominant themes running through his text is the notion that human beings are motivated primarily by three factors: fear, honor and self-interest. Especially during wartime, when faced with a choice between doing the right thing and doing what is in one’s own interest, states invariably choose the latter.

We see this phenomenon in our own day–states closing their borders against a flood of humanitarian refugees out of the fear that one of them might be planning an act of terror or because they feel they need to keep their resources for themselves. Thucydides shows us this behavior again and again, perhaps most famously at Melos in 415 BCE: the Athenians put to death all of the adult males and sold the women and children into slavery, simply because the Melians wanted to remain neutral in the war, rather than to submit to the leadership of Athens.

My students noted how great a departure this action was from the ideals pronounced by the great Athenian statesman Pericles in his famous Funeral Oration, a speech that presented Athenian ideals in much the same way that Abraham Lincoln did for the United States at Gettysburg. After 15 years of war, the Athenians no longer acted “in fear … of the magistrates and the laws, and especially those laws which have been laid down for the benefit of the injured.” Impressed as many people today are with the cultural achievements of the Athenian state–the Parthenon, the tragedies of Sophocles and Euripides, even the establishment of a democratic political system–we often forget that Athens actually lost the great war against Sparta.

Perhaps one explanation can be found in this disregard of the rule of law in favor of self-interest: although Athens was able to build an impressive empire and wage war against the combined forces of Greece for more than 25 years, a system built on such naked self-interest proved unsustainable. Americans might need to think about the ways in which we need to rein in our self-interest in order to preserve our way of life; the recent Paris environmental accord could mark a step in this direction.

Athens’ failure to live up to her ideals created other problems as well. Pericles singled out the Athenians for being alone among Greeks who believed it was necessary to give careful thought before coming to action, but shortly after his death this position was ridiculed by the city-state’s general Cleon, who argued that words only lead the Athenians into mistakes. But in the famous debate over the fate of Mytilene, on the island of Lesbos–the very island whose fate we are again debating as it copes with a massive influx of refugees and exiles–Cleon’s political opponent Diodotus suggested that the two things most opposed to good planning are “haste and anger,” and this was undoubtedly Thucydides’ view.

Time and again Thucydides shows how passion, inexperience, or simple lack of careful thought lead to bad outcomes. The civil strife in Corcyra, on the island of Corfu, from which the quote at the top derives, offers one example, and so does the Sicilian Expedition, where two large expeditionary forces from Athens were annihilated between 415 and 413 BCE. Thucydides demonstrates that no Athenian statesman after Pericles, the “first man” of Athens and the driving force behind the rebuilding of the Athenian Acropolis, had the ability to lead the electorate, rather than pandering to their desires; to push them toward carefully considered decisions, rather than stoking their emotions.

That is the main point of the quote with which I started: war brings passion to the fore, and the more difficult things get during war, the more people respond with anger, rather than with reason. Indeed, in Thucydides’ view, people who attempt to use reason in wartime are at a disadvantage, because others will act, often treacherously, while they attempt to think about how to escape from danger. In this way, war itself is the tragedy, bringing on the very problems it was supposed to put to rest. Indeed, Thucydides’ history reads in many ways as a prose tragedy of Athens,with the city in the role of tragic hero, entering war for sound reasons and yet finding its moral compass shredded, and ultimately the city itself conquered. Even though Athens was able to rebuild after the war, she never again attained the same level of prominence and prosperity.

So what did my students take from Thucydides? It’s always hard to tell, but they certainly progressed beyond the obvious maxim to “avoid war.” While the advice to rely upon rational decision-makers might seem to provide comfort to supporters of various Democratic candidates or positions in this election year, my students were equally clear that Thucydides warns that people who rely solely on the justice of their cause will find themselves easily dismissed. The motivating factors of fear, honor, and self-interest, elements that seem more prominent among Republicans, must be taken seriously.

Thucydides offers no easy solutions in a world so different from his own, but he reminded my students, and me, of the need to recognize the emotional pull of these three elements and simultaneously to develop rational policy. This is not an easy trick, but one Thucydides suggests must be learned if we are to avoid the fate of Athens.