Coming Soon to a Theater Near You: Suffragette, the Movie

London, 1912. Breaking windows. Blowing up mailboxes. Bombing the home of the British Prime Minister. Crimes we might associate with anarchists were, in fact, perpetrated by militant British suffragists. Suffragette, a new film directed by Sarah Gavron and written by Abi Morgan, dramatizes their movement. The film tells the story of laundress Maud Watts (played by Carey Mulligan), a composite figure, who stands in for the tens of thousands of women in Britain and in the United States who risked jobs, relationships, and respectability to demand their right to vote.

Until now, the cinematic figure of the suffragette has been limited to the comic Mrs. Banks, the mother in Mary Poppins, who leaves her children in a nanny’s care to march in favor of votes for women. Maud Watts is her polar opposite. A working mother, devoted to her young son, George, Maud gets drawn into the militant suffrage movement out of her concern for her co-workers and her hope for a better world. 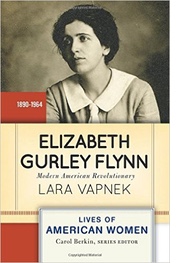 Although Maude initially rejects the label “Suffragette” as too subversive, like her, we come to see how gender-based political disabilities have defined her life. Testifying before Parliament in a scene shot on site, Maud describes minimal wages, long hours, and frequent burns from the iron. She has spent her life in the laundry, having been brought there as a baby by her mother, who died of lung disease when Maude was a small child. Maud does not divulge the prevalence of sexual harassment in her workplace, but that is soon revealed by her boss’s lecherous looks and unwanted caresses.

Maud faces steep barriers in pursuing her right to vote as a simple matter of equity, enduring police violence, force-feeding in prison, and disapproval from neighbors for breaking the rules of respectability. Cast out of her home by her husband as punishment for being arrested during a protest, Maud finds a new family in the cross-class Women’s Social and Political Union (WSPU). Members of the East London contingent include a female pharmacist (Helena Bohnam Carter) frustrated by her inability to attend medical school. Maud’s friend from work, Violet (Anne-Marie Duff), drops out of the group when she discovers she is pregnant, a plot twist that underlines working-class women’s lack of access to birth control.

The filmmakers have created a rich cast of characters, effectively mixing fiction and history. It might have been easier, but less illuminating, to make a straight biopic about Emmeline Pankhurst, the leader of the WSPU, played with aplomb by Meryl Streep. Significantly, Maud has little real contact with Pankhurst, whose speeches become flashpoints for police brutality. Like many followers of radical movements, male and female, historical and contemporary, Maude gets drawn into a the cause in the hope of giving her life some significance. The death of Maud’s friend Emily Wilding Davison, a real figure, who stepped in front of King George’s horse while holding a suffrage banner, raises the perennial question of how much any individual should sacrifice for a cause, no matter how worthy.

Suffragette is the first feature-length, dramatic film to capture the passion, the violence, and the repression that surrounded women’s long struggle for equality. In dramatizing the civil rights movement, Hollywood films like Selma have gone for big personalities and boldface names. In contrast, these British filmmakers trace how the suffrage movement arose organically from women’s daily lives. Working women’s particular experiences of poverty are brought to life by watching Maud toil at home and at work. We see the strain of the “double day” in her cough, her slightly hunched back, and her perpetual exhaustion.

Despite many strengths, from a historical perspective, the movie falters at a few points. First: the problem of class. In one scene, Alice Houghton, a wealthy suffragist in the WSPU, is bailed out of prison by her husband, but he refuses to bail out the working-class women who have been arrested along with his wife. Later in the film, it seems discordant when Maud rescues a young laundry worker from sexual harassment by finding her a job in Mr. and Mrs. Houghton’s home. True, working-class women had few options for employment, but many left domestic service for work in laundries and factories because they felt even more vulnerable to mistreatment and sexual abuse within wealthy homes.

Second, we are missing the labor movement as conduit for working-class women’s suffrage activism. The Women’s Trade Union League, which had British and American branches, worked to make these two social movements mutually reinforcing. Third, most working-class women who became activists had the support of family, coworkers, and friends. Thus, the need for a heroic journey may have stripped the fictional Maud of the community support her historical counterparts most likely received.

American viewers may wonder about similarities and differences with the British suffrage movement. For the most part, Americans eschewed violence, and working-class women seemed reluctant to be arrested. Like Maud, most could not afford bail, nor could they risk their jobs, or leave their children unattended. Equally as significant, the arrest of working-class women did not generate the headlines drawn by the incarceration of more elite women, like Alice Paul, whose class, race, and gender made them seem entitled to the bodily integrity routinely denied to working class women and women of color a century ago.

Suffragette’s vivid depiction of working women’s daily lives and the drama of their public protest make this film a “must-see” for anyone interested in women’s history. The filmmakers capture the physical vulnerability and abuse that so many female activists suffered at the hands of their employers as well as the police. In the densely textured visual storytelling that provides so much of this film’s drama, this violence fuels the fight, and inspires at least some women to stand up to authority and received wisdom against long odds. Here, the film feels contemporary, referencing, and perhaps helping us to appreciate women’s ongoing struggles for equality throughout the world.