While We Weren't Paying Attention, South Africa Suddenly Has Become Pals with China and Russia 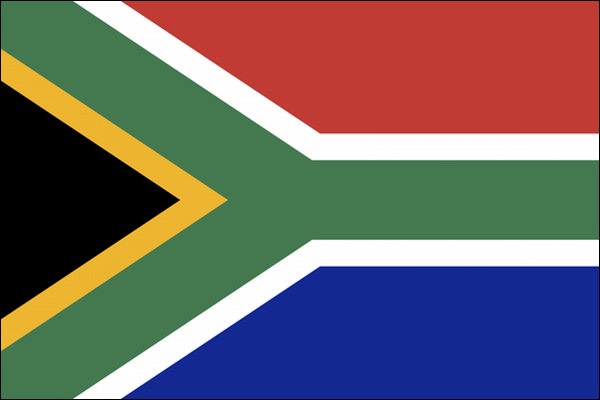 President Jacob Zuma of South Africa is to attend China's victory parade on September 2 to celebrate the 70th anniversary of Japan's surrender at the end of the Second World War. Meanwhile, the leaders of Japan, the US and the UK said they would not attend because they were concerned at a show of military force at a time of regional tensions.

Entitled A Better Africa in a Better and Just World[2], the text was drawn up by a panel of foreign policy heavyweights chaired by Deputy Minister in the Presidency Obed Bapela.[3] The document and related steps by the ANC are covered under three themes:

In which ways are the ANC looking towards China for symbolic and economic leadership? Which new deals with Russia have emerged on nuclear energy, arms trade and intelligence training? What are the indicators of a stronger anti-Western bias and ideology, also regarding the US African Command?

Looking to China for symbolic and economic leadership

The ANC policymakers concludes: “China [sic] economic development trajectory remains a leading example of the triumph of humanity over adversity. The exemplary role of the collective leadership of the Communist Party of China in this regard should be a guiding lodestar of our own struggle.

The ANC leadership has come to view China as the model for national development and that country's Communist rulers worthy of emulation. The ANC claims, in language that even Chinese regime mouthpieces do not even use nowadays, that "the US, backed by its ideological apparatus, has tried a repeat of the Tiananmen Square against the Chinese government by parading to the world counter revolution as a popular uprising and counter revolutionaries as human rights activists."

The ANC is establishing a Political School and Policy Institute at Venterskroon, and decided to specifically cooperate with the Chinese Communist Party[5]. The ANC government also signed a deal with the Chinese government on cooperation related to internet infrastructure and cyber-security.[6]

These event occurred while the Chinese record on political pluralism and its limiting of citizens’ access to undesirable news from the outside and social media is widely criticized by Western powers.[7] China also assists the ANC government at the UN in obstructing or delaying the request of minority group NGOs to gain observer status at some UN structures for NGOs.

China is now South Africa’s top trade partner with 21.9 billion, compared to $6.0 bn with the US, $4.7 bn with Japan, and $4.1 bn with the UK and Germany each. According to Mills Soko, political economist at the University of Cape Town’s Graduate School of Business, the ANC government is treating China as a unique strategic partner. “The government’s refusal to raise tariffs on cheap steel imports from China suggests that it will prioritise its relationship with China at the expense of domestic interests.”

The ANC discussion document claims there is a concerted effort to destabilise Russia:

The US does not appreciate the resurgence of China and Russia as dominant factors in the arena of international power relations. It has instead declared a cold war against these two emerging world powers... Russia has not been spared the wrath of US-led Western imperialism. As with China, the Russian leadership is constantly being portrayed in the Western media and official discourse as monsters abusing human rights. As with China, counter revolutionary demonstrations and marches are being staged and given huge publicity in the Western media in order to destabilize and/provoke the Russian government... Whatever genuine concerns may exist within the Russian population and populations of former Soviet Union, there is a clear plot to exploit this in order to contain the rise of Russia globally. It is an encirclement strategy that seeks to isolate Russia in the manner that is being attempted on China as well…

Washington’s sponsored destabilisation is not limited to Russia and China. We see it unfolding in the streets of Latin America including in Venezuela which the US has strangely declared a threat to its ‘national security’, in the Middle East and in African countries with the sole intention of toppling progressive democratically-elected governments. This has a bearing on the nature of conflict and the scourge of terrorism we see in the world today.

Business Day editor Peter Bruce speculated in 2013 that ANC finances and bankruptcy would probably result in the party returning to its dependence on foreign funders, especially among non-Western powers.[9] In 2014, reports emerged that the ANC was broke.  The ANC denied the reports.[10]

During the same period, news emerged of a mysterious, but major personal deal on a nuclear energy programme concluded in Russia between Russia’s Pres Vladimir Putin and Pres Jacob Zuma.  It is reputed to be worth R1 trillion. The nuclear energy deal was in contrast with energy and economic policies, including the 1998 White Paper on Energy and the National Development Plan, and major departments were not involved in the opaque deal.[11]

Putin, a former KGB intelligence officer, used the opportunity to strengthen Russia’s policy to enhance its position in Africa and extend its influence in South Africa.[12] When Zuma believed he had been poisoned in August 2014, it was to Russia that he went to get medical treatment.[13]Tens of intelligence officials of South Africa have also received training in Russia in recent years.[14]

A satellite system, known as Project Condor, which was launched into orbit by Russia in December 2014, provides surveillance coverage of the entire African continent. The ANC government is also seeking closer strategic ties with Russia on the basis of the integration of the Condor project, with another satellite system being developed by Russia.

As stated by Melber, the ANC, like similar ruling parties in Southern Africa, “have a symbiotic relationship with the state security apparatus (military, police, prisons, intelligence) and their leading officers.”[15] The same applies to the ANC and the South African arms manufacturer Denel. The prospect exists of Russia and South Africa cooperating  in the arms market, challenging the position of other European arms manufacturers in Africa.[16]

Remnants of a paranoid and sometimes knee-jerk anti-US attitude emerge periodically. In September 2014 Kebby Maphatsoe, the Deputy Minister of Defence and Veterans, called Public Protector Thuli Madonsela a CIA agent because of her continued investigation of the Nkandla scandal involving Pres Jacob Zuma.  The US Ambassador was present and lodged an official complaint.

Peter Fabricius of the Institute for Security Studies (ISS) commented:[A]t least [Maphatsoe] did new members of the diplomatic corps a favour … Many diplomats still arrive in the country under the naïve impression that they are coming to serve in the land of Mandela, a rather idyllic rainbow nation in love with itself and the entire world.  Maphatsoe’s crude suggestion … would have been a wake-up call, alerting them to the sort of ideological sentiment that still runs beneath the surface here, and sometimes emerges.[17]

In early June 2015 the news broke that the hosting of the FIFA World Cup in South Africa in 2010 may have been obtained through a $10 m bribe to FIFA officials. A similar response emerged from ANC circles. Peter Bruce, senior journalist at Business Day, wrote:

It’s just crazy for Sport Minister Fikile Mbalula, even by his own colourful standards, to insist before the media that the government did not pay a $10m bribe to Warner and, at the same time, challenge the FBI to produce evidence that they did. What if the Americans oblige?

The government’s defensive reaction seems at least partly motivated by an improbable conspiracy theory that the arrests and warrants out for Fifa executives are an American plot to embarrass our new ally, President Vladimir Putin, and to take the shine off the Fifa World Cup in Russia in 2018, or to have the 2022 Qatar cup moved to the US. Mbalula sounded plausible at times addressing the media on Wednesday, but repeatedly spoiled the effect by drifting off into incoherent but presumably revolutionary swirls at Imperialism.

The anti-US position has implications for the US Africa Commandon the African continent, as is apparent from this excerpt from A Better Africa, the ANC policy document:

The campaign to engage all [African Union] member state [sic] on the continent not to host these military bases continue [sic]; however, the question that should be posed is whether this is still preventable because in certain places on the continent AFRICOM has already established its footprint in the form of training soldiers and other newly devised mechanisms? The ANC has to deal with these realities and develop new strategies to take this campaign forward.

In the policy document, the ANC leadership reaffirms its ideological roots: "The ANC is a revolutionary national liberation movement which is an integral part of the international revolutionary movement to liberate humanity from the bondage of imperialism and neo colonialism." The text even goes so far as to quote the founder of the Soviet Union,  Vladimir Lenin on the revolutionary transformation of society.[18]

The ANC document does not celebrate the fall of the Berlin Wall a quarter of a century ago. Instead, the ANC document actually laments "the sudden collapse of socialism in the world [that] altered completely the balance of forces in favor of imperialism". This new imperialism has "plunged humanity in a perpetual socio-economic crisis", and the United States stands accused of "effectively using its aggressive foreign policy to advance its national interests."

As The Economist concludes in its review of the study of the ANC in exile by the prominent scholar in African Studies, Prof Stephen Ellis,

The real message of Stephen Ellis’ history of the African National Congress (ANC) in exile – painfully and palpably obvious between the lines – is how the conspiratorial past affects the ruling party to the present day.  It makes uncomfortable reading, for it goes some way towards explaining why President Jacob Zuma, a former head of the ANC’s intelligence service in exile, and his comrades now running South Africa find it so hard to embrace the notion that a diversity of opinion and tolerance of dissent must be at the heart of any functioning, decent democracy.[19]

The tone of ANC statements on Western policies is growing shriller and more paranoid.[20] Often this occurs to cover internal weakness, failures in governance, compete with internal rivals, or to find scapegoats.

However, this trend signals the possibility of negative responses by the ANC toward Western powers, businesses and value systems at crucial moments. Unfortunately, the Zuma government’s connivance in letting Sudanese president Omar al-Bashir escape the execution of a warrant by the International Criminal Court in June 2015 may presage the future.[21]

[1] The ANC is scheduled to convene its mid-term National General Council (NGC) in October 2015. The NGC is the ANC's highest policymaking body in between the quinquennial meetings of its National Conference. Ahead of the NGC meeting, various subcommittees of the National Executive body have released discussion documents.

[2] The original document can be viewed at http://www.anc.org.za/docs/umrabulo/2015/ngc_disc_docsy.pdf

[4] For an analysis of the shift to a hybrid regime, see South African Monitor’s June 2015 report at http://sa-monitor.com/reports

[19] http://www.economist.com/news/books-and-arts/21569372-how-conspiratorial-past-affects-present-day-good-guys-were-often-bad and External Mission: The ANC in Exile, 1960-1990 (Hurst, London, 2012) by Stephen Ellis, Desmond Tutu professor in the Social Sciences at the Free University Amsterdam.