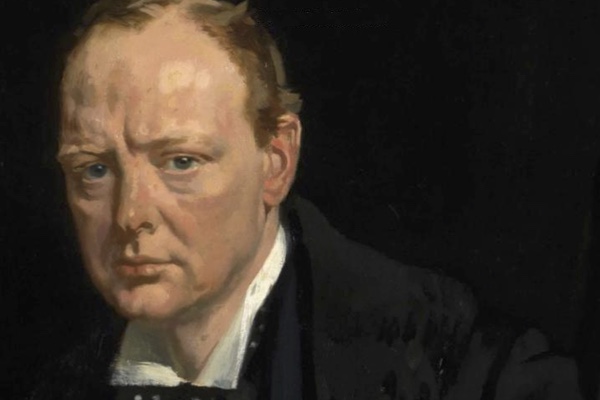 It all began with a cartoon, and it became an international crisis.

In November 1937 Lord Halifax, Neville Chamberlain’s Foreign Secretary, visited Germany in hopes of reaching an understanding with Adolf Hitler. Halifax found the Chancellor “on the whole very quiet and restrained,” except that he became absolutely enraged when the conversation turned to British newspapers. It was the cartoons that particularly galled him. Outrageously, the Daily Herald had portrayed Europa offering to buy peace by handing over her colonized peoples to a villainous Hitler: “Take my child, but spare, oh spare me!” 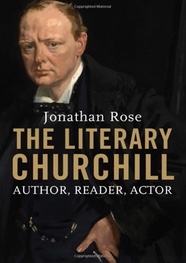 This Halifax thought “malevolently and I think unjustly cruel.” (He meant the cartoon, not Nazism.) Rather than suggest that the Chancellor cancel his subscription, Halifax returned to London and reprimanded the proprietor of the Daily Herald. He also had a word with David Low, whose wickedly brilliant caricatures of Hitler appeared in the Evening Standard. “Do I understand you to say that you would find it easier to promote peace if my cartoons did not irritate the Nazi leaders personally?” Low asked, and Halifax affirmed that yes, his lampoons were in fact imperiling the tranquility of Europe.

Low pulled his punches for a while, but in March 1938 an ungrateful Hitler invaded Austria, and the cartoonist ramped up his satire once again. For that he was attacked as a threat to peace by several newspapers and by the Prime Minister himself. The Anglican Church Times considered Low’s cartoons insensitive and inappropriate: “Good taste…forbids joking concerning subjects which are held sacred by others.”

Now the peace of Europe has once again been disturbed by a joke, though it was not in fact sacrilegious. Charlie Hebdo’s notorious cover was directed against neither Islam nor the Prophet Mohammed. It actually denounced the persecution of a Muslim: the flogging of Saudi Arabian dissident Raif Badawi. But for some readers, evidently, that distinction didn’t matter.

January 24 marks the fiftieth anniversary of the death of Winston Churchill – who knew all too well that ruthless totalitarians could intimidate the press in the democracies. In the 1930s, when he was out of office, Churchill marshaled his skills as an experienced journalist to spotlight the Nazi menace, but he often couldn’t get his work into print. “At present the British public and press are very much the victims of the Nazi Ministry of Information and its lies,” he told his supporters, “it has collared the press, the radio and every other instrument for spreading news.”

This was not paranoia. Nazi Germany kept foreign correspondents in line by expelling those who wouldn’t play ball, starting with the celebrated American newspaperwoman Dorothy Thompson. Those who remained had to exercise some degree of self-censorship. Neville Chamberlain’s policy of appeasement included pressuring and cajoling journalists to go easy on Hitler. The BBC effectively banned anti-Nazi views from the airwaves and mostly limited its coverage of foreign crises to repeating anodyne government pronouncements. Churchill was a prime mover behind the Focus, a group of prominent antiappeasers, but their activities were largely blacked out by the British media. When a supporter urged him to rouse the country with a speaking tour, Churchill pointed out that he would get no press coverage: “One poor wretch may easily exhaust himself without his even making a ripple upon the current of opinion.”

Churchill was able to reach the public directly as a newspaper columnist for Lord Beaverbrook’s Evening Standard. But in February 1938 another Beaverbrook paper, the Daily Express, charged him with leading a “violent, foolish, and dangerous campaign to drive this country into war,” and a few weeks later the Evening Standard terminated his contract. Churchill continued to publish, but only by leaping first to the Daily Telegraph and then to the Daily Mirror.

For a while Emery Reves, Churchill’s literary agent, was able to place his columns in papers in Europe’s remaining democracies, but Nazi diplomatic and economic pressure snuffed out these outlets one by one. After the Danish foreign minister was served an ultimatum by the German ambassador, an anti-Nazi editor of Copenhagen’s Berlingske Tidende was effectively furloughed. The Swedish prime minister and the president of the Norwegian parliament strongly advised their newspapers to avoid offending the German government. The Poles enforced a virtual ban on Churchill’s articles, even as Hitler’s threats against them escalated. As Reves summed up their attitude, “We must be agreeable to the Germans until the very last moment, when we shall ask England and France to make war for us.”

Of course, Hitler drew the conclusion that anyone who was afraid to criticize him would be afraid to fight him. As signals of political will, even cartoons matter. Tyrants absolutely must crush ridicule, and not only because it is a radically subversive weapon. They are also testing their powers of coercion, and when they succeed, they gain prestige and momentum.

So how will journalists respond? DeWayne Wickham, dean of the School of Global Journalism and Communication at Morgan State University, wrote in a recent newspaper column that “Charlie Hebdo has gone too far,” and limits must be placed on a free press. The cover of the issue following the massacre depicted a contrite Mohammed, ashamed of the crimes committed in his name. It clearly portrayed the Prophet as a decent man with a conscience, but for Dean Wickham, this is impermissible. He noted that this cover sparked Muslim riots in Niger, killing ten people. And that, he concluded, constitutes “a clear and present danger…beyond the limits of the endurable.” (He meant the cartoon, not the killers of those ten Africans.)