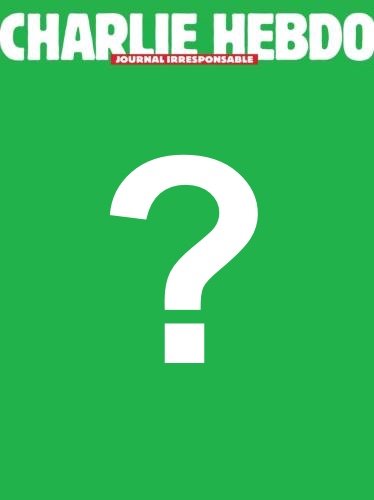 The recent terrorist killings of 17 individuals in Paris have aroused worldwide reaction and questions. Demonstrators, major publications, innumerable blogs (including HNN), and world leaders (including Pope Francis) have opined about the murders and their causes. This essay attempts to clarify my own thinking regarding the terrorist acts. It is based on the presumption that we should approach political events not by venting our unreflective gut reactions, but by employing reason, logic, compassion, and a desire to promote the public good. It also recognizes that we are all fallible and prone to error. The best we can do is stumble toward truth by learning and dialoging—speaking and listening to others.

Thus, here are my initial responses to questions arising from the killings.

● Was the terrorism, mainly at the offices of the satirical magazine Charlie Hebdo and in a separate but related incident at a Jewish market, justified in any way? Absolutely not. For a great variety of reasons, neither act comes close to being defensible on any moral grounds including the best traditions of Islam. The charge that Charlie Hebdo’s cartoons and other matters disrespected Muhammad and Islam is an inadequate justification.

● Was Charlie Hebdo unwisely provocative in satirizing Muhammad and Muslims? This is a tougher and more complex question to answer. On the one hand, Pope Francis suggested that the magazine was not respectful enough of religion. “There are so many people who speak badly about religions or other religions, who make fun of them, who make a game out of the religions of others . . . .They are provocateurs.” In a recent article The Christian Science Monitor explained Muslim outrage at the depictions of Muhammad by referring to previous anti-Muslim Danish cartoons. On the other hand, satire has for centuries contributed to furthering the common good. The Oxford dictionaries definition of it is “the use of humor, irony, exaggeration, or ridicule to expose and criticize people's stupidity or vices, particularly in the context of contemporary politics and other topical issues.” From the sixteenth-century Dutchman Erasmus, who satirized the corrupt papacy of his day, through Mark Twain, who poked fun at U.S. politicians, to today’s Jon Stewart and Stephen Colbert, satire has helped humanity realize how foolish some of us can sometimes be. The great Russian writer Anton Chekhov once stated that when people realized how badly they lived, they would “create another and better life for themselves.” Wise satirists can only hope that this is true.

● How do we distinguish wise satire from unwise satire? In a previous essay I noted that the wisest humor is tolerant, humble, and compassionate, not the kind of put-down humor often characterizing ethnic jokes that inflate our egoism by implying our own superiority. Satire can reflect wisdom if we use it to further the common good. But when employing such satire, it is useful to remember what W. H. Auden wrote in one of his essays about the attitude critics should convey toward their readers, “Remember that like you and everyone else I am a weak fallible creature who will often make false judgments; and therefore you must not take everything I say as gospel.”

● Is there any type of humor that is dangerous to society? Yes, that which encourages prejudice and discrimination. An article on the web site of the Qatar-based Al Jazeera contrasted the satire of Charlie Hebdo with that of the French comedian Dieudonne, who in court rulings has been fined numerous times for anti-Jewish comments.

The difference between the two, however, is quite clear and regulated by French law—more specifically, the freedom of the press law of 1881, prohibiting “defamatory or insulting [comments], that would encourage discrimination, hatred or violence against a person or group of persons because of their place of origin, ethnicity or absence of ethnicity, nationality, race or specific religion.” Charlie Hebdo has in the past been taken to court, but the magazine has always been cleared of charges levelled against it. . . .

This is in contrast to Dieudonne who targeted one specific religion and was perceived to be advocating for violence; Charlie Hebdo mostly treated all religions and ideologies alike.

A recent HNN essay, however, noted that the magazine ridiculed Muslims more than other believers and that the French prosecute anti-Semitism more vigorously than anti-Muslim material.

● How dangerous is prejudice? Looking down on certain ethnic groups, nationalities, classes, or religions as inferior, sometimes as almost subhuman, has contributed to more deaths and atrocities in the past century than any other single cause. Some examples I have mentioned elsewhere include the Nazis’ equating Jews with creatures like rats and lice, as well as Americans referring to the Viet Cong as “gooks.”

In the Soviet Union, among those dehumanized by Lenin and his successors were any labeled bourgeoisie, capitalists, kulaks (so-called rich peasants), counterrevolutionaries, or enemies. Such labeling made it easier for Stalin to demand that the kulaks be “liquidated as a class.” Writer Vasily Grossman described how Communist Party activists in Ukraine “looked on the so-called ‘kulaks’ as cattle, swine, loathsome, repulsive: they had no souls; they stank; they all had venereal diseases; they were enemies of the people.”

In India and neighboring Pakistan, according to Salman Rushdie in his novel The Moor’s Last Sigh, Hindus and Muslims “from time to time . . . slit their neighbor’s throats. . . . They killed you for being circumcised and they killed you because your foreskins had been left on. Long hair got you murdered and haircuts too; light skin flayed dark skin and if you spoke the wrong language you could lose your twisted tongue.”

● Given the danger that Charlie Hebdo’s cartoons and depictions of Muhammad might heighten anti-Islamic feelings and were likely to intensify Muslim rage, should they have been banned? No. Striking the proper balance between allowing free speech and banning “hate speech” is difficult, but the courts’ past decisions clearing the magazine from charges of violating French law seem correct.

● Was the new editor of Charlie Hebdo, Gérard Biard, correct in saying that religion should stay out of politics? No, such an approach is too simplistic. He said, “We do not attack religion, but we do when it gets involved in politics . . . . If God becomes entangled in politics, then democracy is in danger.” But on the contrary, democracy is not endangered by people trying to apply their religious beliefs to politics—if they do so properly. Gandhi did it, Dorothy Day did it, and so did Martin Luther King Jr. What endangers democracy is the arrogant belief of any group, religious or not, that it has a monopoly on truth and need not welcome, or even tolerate, opposing views. In regard to questions like abortion, civil rights, same-sex marriages, or the justice of wars or capital punishment, religious and political views cannot be easily separated—nor should they be. Religion is not just a private affair between individuals and their God, but should influence people’s political actions, as long as they remain sufficiently tolerant.

● Should we equate Islam and Terrorism? Absolutely not. Overwhelmingly, most Muslims are opposed to terrorism, and many terrorists are not Muslims. Around 1900, the leading terrorists in the Western world were anarchists—though the world’s most influential opponent of violence, Leo Tolstoy, also shared many anarchist beliefs. In 2014, the U. S. National Consortium for the Study of Terrorism and Responses to Terrorism stated that various groups associated with Christianity were a greater terrorist threat than any associated with Islam. In post-WWII Palestine, two future Israeli prime ministers, Menachem Begin and Yitzhak Shamir, were leaders of terrorist groups working to drive the British out of Palestine; and Begin’s terrorist group, Irgun, blew up part of Jerusalem’s King David hotel, killing over 90 people including British officials, Jews, and Arabs.

● What is the best attitude to take regarding terrorism, security, and potential terrorists? Besides taking prudent security measures to minimize terrorist threats, we need to do all we can to increase tolerance and reduce prejudice and stereotyping. Past mistakes like European imperialism, often linked with racism, the French war to prevent Algerian independence (1954-1962), the U.S. war in Iraq, and Abu Ghraib torturing have fueled anti-western sentiments among radical Muslims. Any increased prejudices and unjust policies towards Muslims will just increase the radicalization of Muslim youth.

In theearly 1950s, as Senator Joe McCarthy was stirring up flames of intolerance and suspicion of foreign ways, poet Carl Sandburg collaborated with photographer Edward Steichen to produce an exhibit that subsequently was displayed in various parts of the world. The pictures in the exhibit were gathered from almost seventy countries and were meant to demonstrate humanity’s oneness. They were later reproduced in the extremely popular book, The Family of Man, for which Sandburg wrote a Prologue. His final words in it are:

Dorothy Day, presently being considered for sainthood by the Catholic Church, was often criticized for associating with communists or anarchists. Her response (exactly 60 years ago) was that “we must always be seeking concordances, rather than differences.” In that same spirit she visited Cuba in 1962, shortly before the Cuban Missile Crisis. To her words, one can only say, “Amen,” or as Muslims would say, “Amin.”