The Silent Movie Revival Can Be Heard All Over America 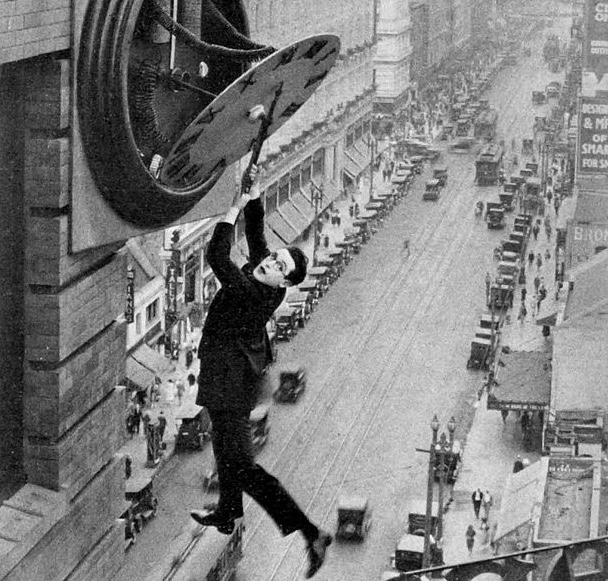 American theatergoers and critics alike gasped when The Artist, a silent movie about 1920s Hollywood, won the Best Picture Oscar in 2012. Some believed that The Artist would open the door for a general revival of silent films. The movie showed that you could have a poignant love story without sound, that audiences would follow a plot on title cards and not spoken dialogue and that the rather simplistic plot of the film was all that audiences needed (plus the wonderful acting of Best Actor Oscar winner Jean Dujardin and nominee Beranice Bejo). It was superb, and it had no penguins, hobbits, transformers, avatars or car chases.

That did not happen. What the success of the film did, though, was to lend enormous strength to the already growing revival of old silent movies being shown in theaters all over the world. Many theaters and entertainment complexes are not only showing silent movies to a growing number of film fans, but hosting these large, weekend long silent movie festivals that draw thousands of people.

One of the main boosters in the silent film crusade has been Turner Classic Movies television channel (TCM). It launched a ‘Silent Sunday’ feature of one or two silent films that air each Sunday at midnight. TCM also screens major silent films in primetime or early in the morning. On January 4, as an example, they showed Moran of the Lady Letty and Stolen Moments at midnight. Another major player in the silent film revival was the 2011 Martin Scorsese film Hugo, the story of French filmmaker George Melies and his dream of making silent movies in France. Hugo drew a large audience, as did The Artist, won five Oscars and, filmed in color with major actors such as Ben Kingsley and Jude Law, generated a lot of interest in silent films. Some silent theater operators referred to the increase in their attendance to the film and dubbed it “the Hugo effect.” Silent movie clubs popped up over the years, such as the Silent Film Society of Chicago. There is a Silent Film Hall of Fame online (Silent-Film-Hall-Of-Fame.org) and several silent movie websites, like fandor.com

“I think there are many reasons for the silent revival,” said Rena Kiehn, an official of the Niles Essanay Silent Film Museum, in Fremont, California. “TCM certainly helps generate interest in them, as did The Artist and Hugo. The original prints for silents are good and very rich in appearance. You see stars you’ve heard of, such as Charlie Chaplin, Laurel & Hardy and the Our Gang kids. History buffs love them because they tell the story of American from 1900 to 1927. The themes of many were pretty hard hitting, for then and today. The plots of the films, especially those in the late 1920s, were very engaging.”

And, she said with a smile, there is the “experience.” “Silent films are unique. You sit in the theater and out comes a pianist to provide marvelous musical accompaniment to the film. You see 100 year old films about an America you just read about in books. It’s different,” she said.

The silents were about the past and reflected American history, warts and all. Of the top ten grossing silent movies of all time, the majority were about history. The top ten included The Birth of a Nation (Civil War), The Gold Rush (1890s), Ben-Hur (Christ), The Big Parade (World War I), Way Down East (1880s farmers), The Circus (1920s entertainment), Covered Wagon (Wild West), and The Ten Commandments (Moses). Interest in history in the 1903 – 1927 silent era was just as strong as it is today, as large silent film audiences showed.

There are numerous silent film festivals. The next big one will be the Silent Clowns Festival, at New York’s Lincoln Center, on February 16. That will be followed on February 22 by the ninth annual silent movie festival at the Washington Center, in Olympia, Washington. Next up will be 19th annual Kansas Silent Film Festival, in the White Concert Hall in Topeka Kansas. In the middle of March, Syracuse, New York, will host its annual Cinefest Silent Film Series. The weekend long silent film festival of San Francisco, its 20th anniversary, will be May 28-30.

The festivals in Fremont, California, at the Niles Essanay Silent Film Museum, are held in the museum’s own theater on a regular basis, often intertwining individual festivals of silent stars, such as Charlie Chaplin and Broncho Billy.

That museum, that Rena Kiehn and her husband, David Kiehn, a film historian, built with help from others, is an historical gem itself. Niles was home to one of the early silent film studios, founded by western star Broncho Billy Anderson in 1912 because Niles was an old train stop and had the western ‘look’ that he needed. He built a major studio and produced 350 movies between 1912 and 1916. Then Charlie Chaplin arrived and made five movies there. Local entrepreneurs built a movie house to show films and Niles was on the entertainment map. The Kiehns and other turned on that movie house into their museum with plenty of old props and cameras in 2003.

“We have marvelous cameras in the museum that are in such good condition that we let visitors crank them. We used some of them to actually make a two reel western here last year,” smiled Rena Kiehn.

Some large multi-plex theaters have regular silent movie screenings in one of their theaters on certain days or weekends. The Music Box Theater in Chicago, as an example, hosts the Second Saturday Silent Film Cinema once a month. College festivals are usually held in large campus auditoriums.

New York’s Silent Clowns Festival movies are shown monthly in the Performing Arts Library’s movie theater. It hosts film festivals of particular stars, such as Mary Pickford and Harold Lloyd, and screens individual movies of hundreds of other performers. The films are accompanied by original music by pianist Ben Model. Film historians Bruce Lawton and Steve Massa introduce each film and lead discussions of them.

Additional silent film festival host towns are Huntington, Long Island, Brooklyn, New York, Salem, Oregon, and Zanesville, Ohio and dozens of others. England has a number of theaters showing silent films and more can be found in different areas of Europe, such as Switzerland.

The silent movies did not get started in Hollywood, as many believe, but in the tiny suburban village of West Orange, New Jersey, where Edwin Porter produced the first feature film, The Great Train Robbery, which ends with a cowboy firing a gun right at the camera (and audience) in a finale that is as stunning as any computer generated movie ending today. Porter was one of a dozen producers that operated in the greater New York area until 1910 or so, when most moved to Los Angeles for the better climate and to take advantage of weaker actor union rules.

It was the silents, long before the sound films, that created mega stars, such as Douglas Fairbanks, Harold Lloyd, Buster Keaton and Mary Pickford. You think Miley Cyrus is hot? You should have seen the men melt over Theda Bara. Charlie Chaplin was his own Industry, said to be the highest paid American in the 1920s. He even had his own film studio.

The silent movies were not just entertainment. They helped historic social causes, like the women’s movement. It was growing stronger and stronger at the turn of the century, when movies debuted. Women were working and looking for things to do that did not involve their husbands. “The cinema was a place women could frequent on their own, as independent customers, where they could experience forms of collectivity different from those centering on the family,” wrote Miriam Hansen in her book Babel and Babylon: American Spectatorship in Silent Film.

Silent films also continued the long tradition of muckraking begun by the newspaper industry. Silent writers and directors produced movies on dozens of controversial political and social subjects, such as wage disputes, strikes and child labor laws. “The cinema turned these (social dilemmas) into fairy tales of the day. Greedy corporate tycoons, villainous landlords, corrupt politicians, flamboyant suffragettes and striking workers flickered across the bed sheets that sometimes sufficed for screens in hastily created movie houses just after the turn of the century,” wrote Ray Sloan in Hollywood’s America: United States History through Its Films, by Steven Mintz and Randy Roberts. He said silents “provide (a story of) how entertainment can deliver social problems to the public, and for the historical portrait it paints of America just after the turn of the century.”

The silent movie was also the great equalizer in 1920s American culture. “The motion picture brings its note of sympathy alike to the cultured and to the uncultured, to the children of opportunity and to the sons of toil. It is literature for the illiterate, for the man of limited opportunities or alien tongue. It knows no boundary line of race or nation,” wrote an editor at the Motion Picture World Magazine in 1910.

The old silent have their problems. Few are more than 90 minutes long and most are pretty short. You don’t hear the inflection of voices to indicate happiness or terror. Some are outright racist in their portrayal of African Americans and Asians and make many contemporary viewers cringe.

The silent movies do not make any noise, but these days, with all the attention being paid to them, they are certainly getting loud.