The Battle of the Military Theorists: Clausewitz vs. Sun Tzu

Mark McNeilly is the author of “Sun Tzu and the Art of Modern Warfare” (Oxford University Press) , from which this article is derived. The book, recently updated, now includes the wars in Iraq and Afghanistan. McNeilly has appeared as a guest speaker on the History Channel special on Sun Tzu’s Art of War and has spoken at the US Air Force Air Command and Staff College on the principles of Sun Tzu’s Art of War. He is also the author of “Sun Tzu and the Art of Business: Six Strategic Principles for Managers.” A Lecturer at the University of North Carolina-Chapel Hill and former business executive, he served as a reserve officer in the infantry and artillery in U.S. Army National Guard. You can learn more at suntzustrategies.com. 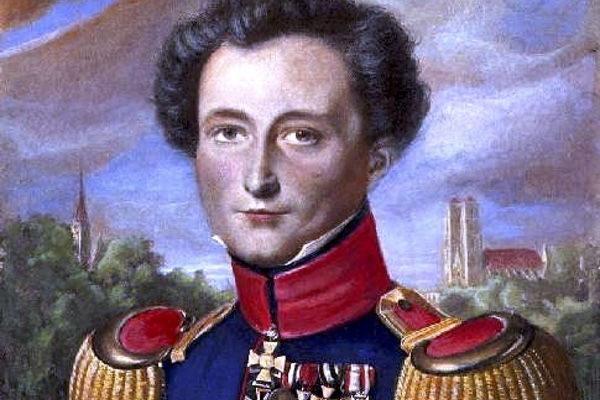 For most readers of military history two theorists stand out, the Prussian Carl von Clausewitz and the Chinese Sun Tzu. In addition to living in very different times (Clausewitz in the 18th and 19th centuries and Sun Tzu in ancient China) the former hails from the West and the latter from the East. Clausewitz’s book On War (first published in 1832) has had a major influence on Western military thought. The Prussian officer developed his book’s concepts based on observing and participating in the Napoleonic wars. As best we can tell Sun Tzu lived during a time of great conflict in China called The Age of the Warring States in which seven major states vied for control of the country. Sun Tzu served as a general from the state of Ch’i and wrote down his principles for warfare in a book we call The Art of War. He has had great influence on leaders in China and Japan and his ideas on strategy have become popular as well in the West, not only among the military but also business people. While the strategic philosophies of Sun Tzu and Clausewitz align in some areas their ideas are diametrically opposed in other important ones. So which one should military professionals and strategists follow? 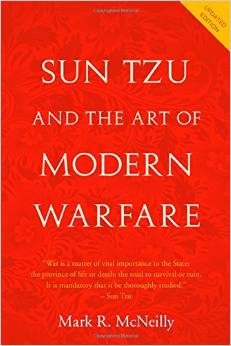 Sun Tzu saw the objective of warfare not as the total destruction of the enemy through violent confrontation but “winning-all-without-fighting.” His view was that, “Generally in war, the best policy is to take a state intact; to ruin it is inferior to this.” and also, “To win one hundred victories in one hundred battles is not the acme of skill. To subdue the enemy without fighting is the acme of skill.” This objective could be achieved not by directly attacking the enemy’s strength but through a deep understanding of his capabilities and focusing the attack on his weakness. “An army may be likened to water, for just as flowing water avoids the heights and hastens to the lowlands, so an army avoids strength and strikes weakness.”

These attacks would be masked by deception, launched at unexpected places and be delivered with blinding speed. Per The Art of War, “All warfare is based on deception” and “Speed is the essence of war. Take advantage of the enemy’s unpreparedness; travel by unexpected routes and strike him where has taken no precautions.” The combination of these tactics would unbalance the enemy and make them unable to resist one’s onslaught.

Clausewitz had some very different ideas on warfare but before we discuss them let us look first at the major areas in which I believe (based on the writings in his treatise On War) Clausewitz would agree with Sun Tzu. One crucial point that Clausewitz makes is that war is an extension of national policy and that military goals should aim to achieve and be subordinate to the nation’s goals. Probably the most famous quotation of Clausewitz is that “war is merely the continuation of policy by other means.” Clausewitz elaborates on this, stating that “the political object is the goal, war is the means of reaching it, and means can never be considered in isolation from their purpose.”

Sun Tzu’s principles are consistent with Clausewitz in this respect. He realized that the national objectives should determine the wisdom of employing military power and then direct and guide its use once the decision has been made to go to war, “Normally, when the army is employed, the general first receives his commands from the sovereign. He assembles the troops and mobilizes the people. He blends the army into a harmonious entity and encamps it.”

Clausewitz would also agree with Sun Tzu on the need for military “genius” in warfare given he devoted an entire chapter early on in his book on the subject. He states that “genius refers to a very highly developed mental aptitude for a particular occupation; given the arena we are discussing, a highly developed mental aptitude for conducting war.” As elaborated in the chapter on leadership, Sun Tzu also recognizes the need for military genius.

Finally, Clausewitz coined the term “friction.” He developed the viewpoint that friction in combat made the simple, difficult; therefore, it was critical to plan for and prepare to overcome friction. This is another example of consistency between the two military theorists.

However, there are a number of concepts Clausewitz puts forth that clearly differ from Sun Tzu and I would assert have had a negative effect on Western warfare. Many are interwoven and are derived first and foremost from Clausewitz’s preference for “total warfare.” Heavily influenced by the success of the French Revolution’s mobilization of France’s entire populace to fight, Clausewitz believed that a nation must mobilize all its resources (military, economic, diplomatic, and social, etc.) to defeat its enemies. Clausewitz then stated that the primary aim of a country’s military leadership was to launch a major attack in which the nation’s main army would fight against the enemy’s main forces in a “decisive battle” that would end the war favorably. The goal in fighting this decisive battle is the destruction of the enemy’s army, preferably through a Cannae-like battle in which heavy fighting would win the day and friendly casualties were of little consequence. A major defeat would then force the loser to sue for peace. To quote Clausewitz in his second chapter titled “Purpose and Means in War”:

“Our discussion has shown that while in war many different roads can lead to the goal, to the attainment of the political object, fighting is the only possible means. Everything is governed by the supreme law, the decision by force of arms. ... To sum up: of all the possible aims in war, the destruction of the enemy’s armed forces always appears as the highest.”

And here is Clausewitz from his chapter “The Battle—Continued: The Use of Battle”:

No matter how a particular war is conducted and what aspects of its conduct we subsequently recognize as being essential, the very concept of war will permit us to make the following unequivocal statements:

1. Destruction of the enemy forces is the overriding principle of war, and, so far as positive action is concerned, the principal way to achieve our object.

2. Such destruction of forces can usually be accomplished only by fighting.

3. Only major engagements involving all forces lead to major success.

4. The greatest successes are obtained where all engagements coalesce into one great battle.

5. Only in a great battle does the commander in chief control operations in person; it is only natural that he should prefer to entrust the direction of the battle to himself.

It is in these views that Clausewitz and Sun Tzu differ greatly and based on my study of military strategy in history, I adhere much more to Sun Tzu’s views in this area.

First, while it is true that when warfare comes a nation must mobilize its resources to prevail, it is not necessarily the case that a country should seek ‘‘total war” in which the complete destruction of the enemy is the objective and the survival of one’s own nation is put at risk. It was the desire for total war that led to the millions of casualties in the twentieth century’s two world wars. In World War II the idea of total war between “races” led to inhuman warfare on the Eastern front and the enslavement and annihilation of millions of civilians.

Sun Tzu would argue that 1) winning-without-fighting (e.g. resolving the Cuban Missile Crisis through a non-violent naval blockade and diplomacy) is preferable and 2) if war is unavoidable then it is imperative to have a strategy that achieves specific national objectives with the least destruction. Furthermore, even when engaged in a total war, it is important to abide by humanitarian rules that limit human suffering and physical destruction.

The view that one should seek a decisive battle by engaging the main enemy force has also not been borne out by history. Despite the clear victory by Hannibal against the main Roman army at Cannae, the battle was not decisive. In fact, the Carthaginian winner of the battle eventually lost the war. Gettysburg, Stalingrad, Midway, and other major battles have been major turning points in various wars but were not in themselves decisive in terms of leading to an immediate suing for peace by the loser. It was the search for a decisive battle in Southeast Asia that led the French to Dien Bien Phu and the Americans to Khe Sanh, neither of which led to ultimate success. Indeed, Clausewitz’s writings, whether interpreted correctly or not, have led generals to direct attacks on enemy strengths, which in turn have led to huge casualties and limited success.

One could go much deeper into this comparison and there are areas in which the strategic theories of Clausewitz are quite informative (e.g. friction) but I believe military strategists, given this look at the main points of the two strategic philosophies, would be better following the path laid out by Sun Tzu in most instances. That is my view. I urge you analyze, compare, and debate the military theories offered by the Clausewitz and Sun Tzu and come to your own conclusion.