Now that the Guns in Gaza Have Been Silenced, a Moment for Peace Has Arrived. Seriously. 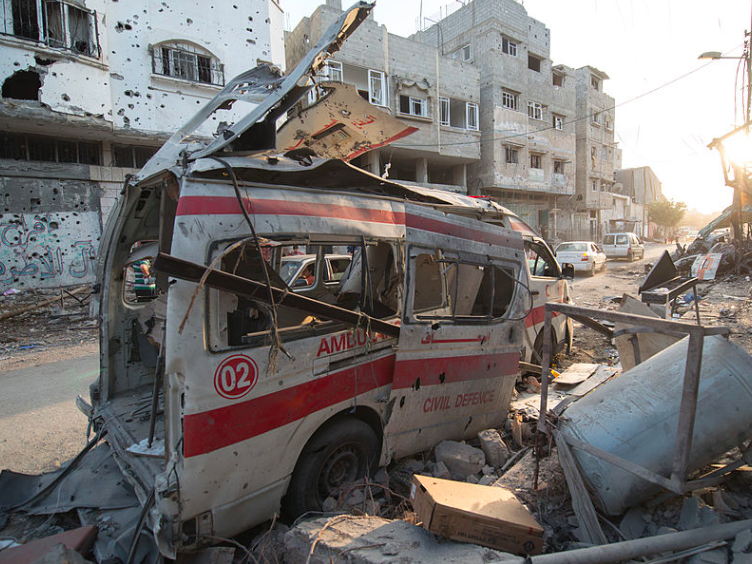 The new ceasefire between Israel and Hamas has immediately raised the same old question: will it last, or is it merely just another pause, providing the prelude for the next round of fighting à la previous ceasefires? My reading of the situation that brought both sides to agree to suspend violence on an open-ended basis suggests otherwise. I believe the current ceasefire is different as it was achieved under completely different circumstances and may well last.

To begin with, there are no winners or losers. Hamas scored a significant political victory as it maintained its ability to fire rockets at Israel up to the last minute before the ceasefire was put into effect, but also suffered massive losses in men and materials.

Israel decisively won the military campaign by inflicting huge pain and destruction incomparable to the previous two violent encounters with Hamas, but lost politically by creating the perception that Hamas achieved its objectives even though it fell far short of its original demand to lift the blockade altogether.

That said, what has made the ceasefire possible is that both sides have concluded that the continuation of violence will not improve their positions and may well make it considerably worse. The impact of the Israeli and Palestinians’ public outcry and the insurmountable pressure on their respective governments was critical to bring an end to the seemingly unending war.

The invasion and reoccupation of Gaza could have ended Hamas’ provocations, its ability to fire thousands more rockets, and terrorizing of the Israelis, but the cost would have been enormous in blood and treasure.

Netanyahu was correct in rejecting calls from several misguided extremist right-wing members of his cabinet, Bennett and Lieberman in particular, to invade Gaza, who failed to grasp the enormous dire ramifications of such reckless adventure.

They foolishly ignored the fact that Israel cannot maintain the occupation indefinitely; instead, it would only help galvanize the rise of a new generation of Palestinian extremists and set the stage for more blood and tears.

Conversely, other than depleting Hamas’ stock of rockets by two-thirds, tens of thousands of houses were destroyed and entire neighborhoods lay in ruins while over 250 fighters and over 1,400 civilians were killed.

I maintain, however, that this latest round of hostilities has ironically produced a positive effect in that both sides have come to the realization that neither can defeat the other both politically and militarily with impunity, and that other options must now be explored to end the vicious cycle of violence.

The fact that the Palestinian Authority (PA) under the leadership of Mahmoud Abbas has assumed an important role in facilitating the ceasefire and planning to place its security forces to guard the crossing to Gaza from Israel and Egypt, as required by the terms of the ceasefire, bodes well for the future.

The PA has infused new life into the unity government and strengthened the moderate Palestinian voices, which has significant implications for future Israeli-Palestinian peace negotiations.

Another important development is the renewed realization that Egypt’s role now and in the future is indispensible. Notwithstanding the enmity between Hamas and Egypt under President Sisi, Hamas’ leaders understand anew that their political relevance in the Israeli-Palestinian context and their prospect for a better future depends, to a large extent, on Israel’s and Egypt’s willingness to cooperate.

I am convinced that the war and its suspension is a wakeup call resonating differently than in previous times. To be sure, I believe that in the wake of the Gaza war and the basis on which the ceasefire was established, a new momentum for peace negotiations might have been created.

Netanyahu and the Israeli public, in particular, recognize that regardless of how formidable the Israeli army may be, the use of force has its limits. They are now more likely to be disposed to negotiate in earnest than at any other time since Netanyahu came to power.

For that to happen and produce real progress, the two outside  players to the conflict, the US and the Arab states, must now use their leverage on Israel and the Palestinians respectively to move the peace process forward.

Without too much fanfare, the Obama administration ought to quietly exert pressure on the Netanyahu government to begin serious bilateral negotiations with the Palestinians.

Equally, Abbas, in my view, has emerged from the latest Hamas-Israel conflagration as the ultimate winner. He demonstrated his unwavering commitment to peace and remained above the fray throughout the violent campaign.

Abbas’ enhanced political stature and strength, buttressed by domestic and international support, provides him further leverage in determining the Palestinians’ future political agenda, the centrality of which is the establishment of a Palestinian state by political means.

Abbas might heed the US’ advice, with the support of Saudi Arabia and Egypt, to postpone his decision to turn to the UN seeking international support for the establishment of a Palestinian state.

He is in a better position to do so as he can now negotiate with Israel from a position of strength in the context of the Arab Peace Initiative (API) by insisting on commencing the negotiations over borders.

Given the turmoil throughout the Middle East, which is affecting every Arab state in the region, there is no better time to reintroduce the API.

What is needed today is a grand gesture by Egypt, who has assumed anew its leadership role in the Arab world, developed close relations with Israel and successfully mediated the ceasefire.

As there is tremendous support for the API in Israel, Egypt and Saudi Arabia should formally put the Initiative back on the table and invite Israel to embrace it and begin comprehensive negotiations to end the Arab-Israeli conflict, making the Gaza war the catalyst for peace.

I am happy to be accused of having pipedreams time and again. But it is unforgivable to let over 2,100 Palestinians (including nearly 500 children) and 69 Israelis die in vain, only to prepare for the digging of new graves for those who are yet to be senselessly slain.