The Secret Life of Teaching: Compensation 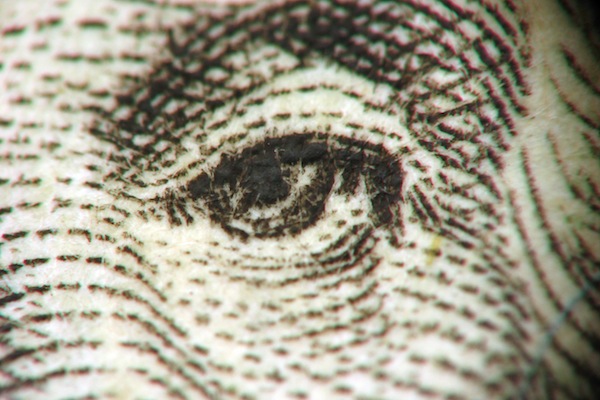 I stare at the calculator: $281.92. That’s what I have to work with in terms of a monthly car payment. My wife, a soccer mom who totes three kids (a fourth is in college) and a couple dogs all over metropolitan New York about 2,000 miles a month, drives too much to lease one. We’ll have to buy -- hopefully new, maybe used. But 281.92 a month for five years will only get us about halfway there.  She and I have been doing extra work -- summer classes, SAT II prep, etc. to make up the difference (and pay for a looming set of braces on our youngest).

I find all this exhausting, even depressing, to contemplate. I shouldn’t. My salary has gone up substantially over the course of the last decade, thanks a series of good contracts and my recent promotion to department chair. I now make more than double what I did when I started at the school a dozen years earlier, and recently broke through the sixth figure in my salary, putting me at the top of the profession. I am -- by most measures of most jobs -- well paid. Alas, I seem to have found ways to deploy my assets as soon as they’ve appeared. A big chunk of my take-home pay, roughly $6,500/month, or $78,000 annually, goes to cover the schooling expenses of my children; even with a substantial staff discount, tuition for the two currently in the school takes up about 40 percent, or $32,000, of it. The rest of it goes to pay our $2,300 monthly mortgage payment and about $1,500 a month in property taxes, which I gladly pay since I have a learning-disabled child in a good public school system. That leaves the salary of my wife, an associate professor at a nearby liberal arts college who makes a little less, to cover everything else, with the significant exception of my eldest child’s college tuition, covered thanks to the generosity and foresight of my in-laws. We spend too much on takeout, and too little on things like home maintenance (our house steadily becomes more shabby -- cracks in the driveway, fingerprints on the walls, a running battle against mildew in our bathrooms). And we don’t give enough to charity. A new minivan has already been deferred a couple times, and waiting much longer is asking for a harrowing breakdown on the highway with kids and or dogs in the old one.

I tell you these fairly quotidian details about my financial situation in part because it’s the kind of thing my peers just don’t talk about -- I sometimes think people in my demographic are much more willing talk about the tenor of their orgasms than the tenor of the their finances -- but also quite curious about. I also believe my circumstances -- and, more importantly, my attitudes -- are typical of an educator of my generation and point in the life cycle. (The proportion of my income that goes to my children’s schooling, for example, is an amount most people in other lines of work would consider absurd. I reckon we all have our indulgences, mine typical of my profession.) Like a great many Americans, I consider myself middle class, whether or not the facts -- in my case, a gross family income of about $200,000 in lower Westchester County -- warrant such a designation. I do think, with the support of some expert opinion I find in the business section of the New York Times and other publications that I regularly graze, that supporting such a lifestyle is relatively more expensive than it used to be. I live better than my parents, a housewife and a New York City firefighter, did. But the rate of improvement has been slowed by the rate of inflation for things like housing and education. And having four kids? Financially speaking, that’s just plain dumb.

Whatever the pay scale, few jobs seem more thoroughly middle class than teaching. No one ever gets rich as a teacher. Still, while it’s relatively low on the professional ladder, teaching is a bona fide career in a society where the middle is being whittled out of existence. Teachers are still generally on the right side of a jagged economic divide in that we receive salaries (not hourly wages), health care benefits, and paid vacation. Teaching has been an actual profession for a little over a century now, a development spurred by a series of convergent phenomena: a Progressive movement that spurred professionalization in many occupations; the emergence of education schools offering graduate degrees; and an influx of men taking what has often been considered “women’s work.”

Teaching has never had the prestige associated with law or medicine (though that of both has deteriorated in recent years), or the excitement associated with journalism (less professionally structured and not especially remunerative for most of its history, but alluring for its access to power and/or the spotlight). Nor does primary- or secondary school teaching enjoy the sense of stature associated with college or university instruction, which has generally placed much more emphasis on producing original scholarship than actively fostering the art of pedagogy. In terms of social cachet, primary and secondary education has a relationship with the professoriate that can be compared with that of medicine and nursing: as nurses are to doctors, teachers are to professors. The former are generalists who take care of what are perceived as the less complicated cases, often knowing and doing more than they get credit for, while the latter enjoy greater stature rooted in their analytic skills. (Again there are gender echoes here, as teaching and nursing have long been regarded as feminine “helping” professions).

I speak as a failed academic. I went to graduate school in the late 1980s and early 1990s, when I got a Ph.D. in American Studies. I held on for almost a decade in adjunct positions -- a couple very attractive ones, but all of them dead ends. I might have held on longer had not the arrival of children (among them unexpected set of twins and even more medically surprising daughter) rendered the long-distance commute I’d been doing untenable. It was time to grow up and think seriously about making money. Lacking the credentials to teach in public school, I was lucky to land a position at my current post, believing from the start that it would likely be the first and last real job I’d ever be offered. White, male, old, and overpriced in a market that prizes youth and diversity, I’m probably now unemployable were I try to teach anywhere else.

I remember joke a cousin of mine once cracked: “When a pretty girl smiles at you when you pull up at a traffic light while driving a minivan, that’s all you, man.” I’m not in the market for pretty girls anymore. I’m just trying to get the job done -- or, I should say, to do one job well enough and long enough to get another one -- that of family man -- done. Then, surely, I’ll be on easy street ….